We arrived at our hostel at 5am, therefore we needed to burn some time therefore we made the short trip down to Huaca Pucllana, also known as Pucllana or Huaca Juliana.

Pucllana is one of the main attractions in Lima, an archeological site which was an important ceremonial ground where sacrificial rituals took place.

The Lima’s, who lived through this period were only 5 foot tall, so models were made up to show how they appeared. These were accurate as they were based on the skeletons found in the area. Damn I would feel tall around these people! 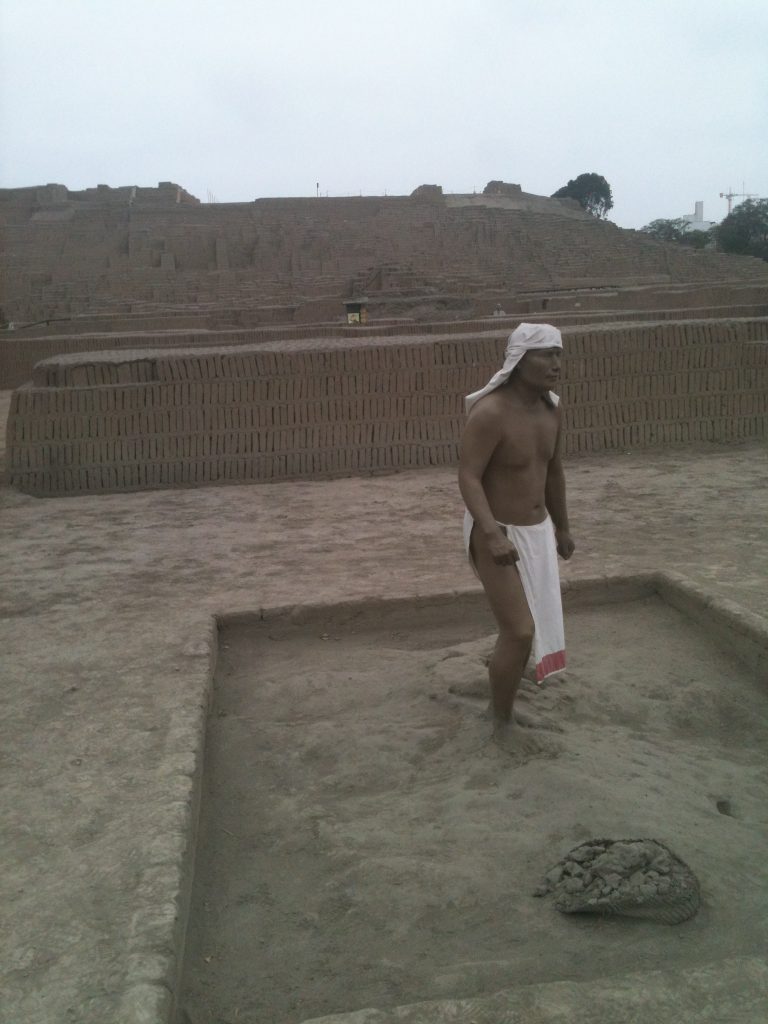 The Lima’s lived in this area around the 400AD period, however eventually they were overtaken by the Inca’s. When the Spanish came, the Lima’s were grateful as they thought the Spanish would drive out the Inca’s and give them their land back. However, the Spanish betrayed the Lima’s and took over the entire area. Before you feel sorry for anyone, just remember they performed human sacrifices. 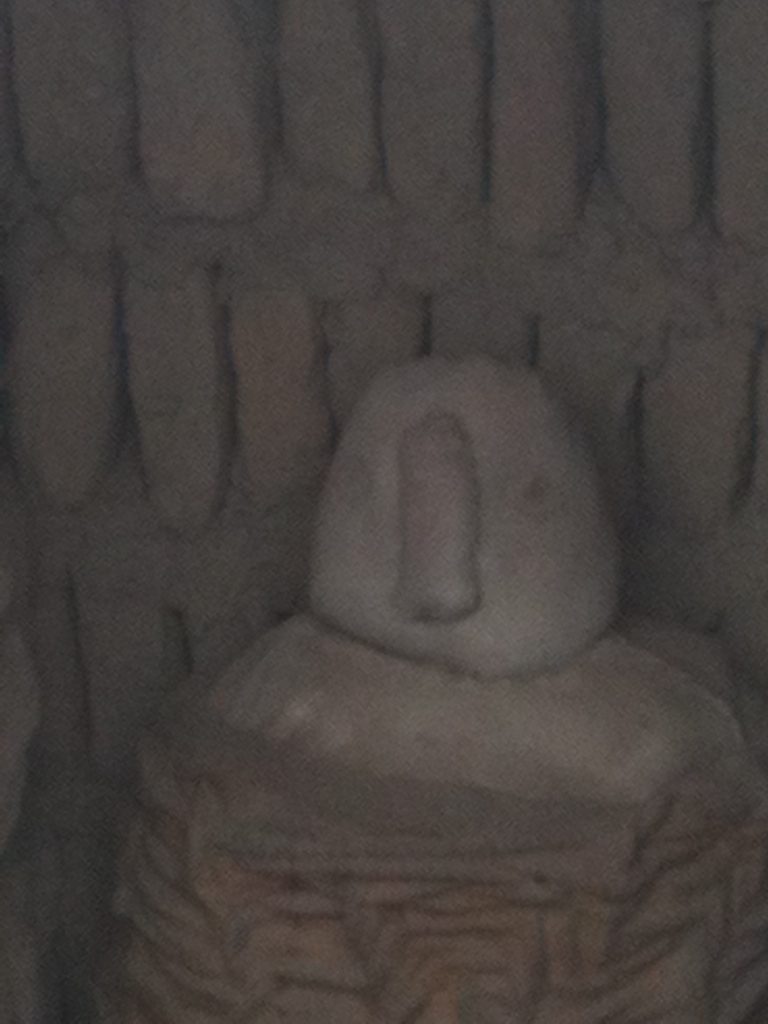 On the subject of the human sacrifices, some were quite disturbing as often babies were also sacrificed. You can see in the image below how a human was tied up while sitting up straight and still alive, along with a baby, normally another adult, seeds, cotton and fish bones as well as a few pots. The pots were smashed from the top and then buried broken, they don’t know the exact reason why they did this but it was some kind of ritual to their gods. 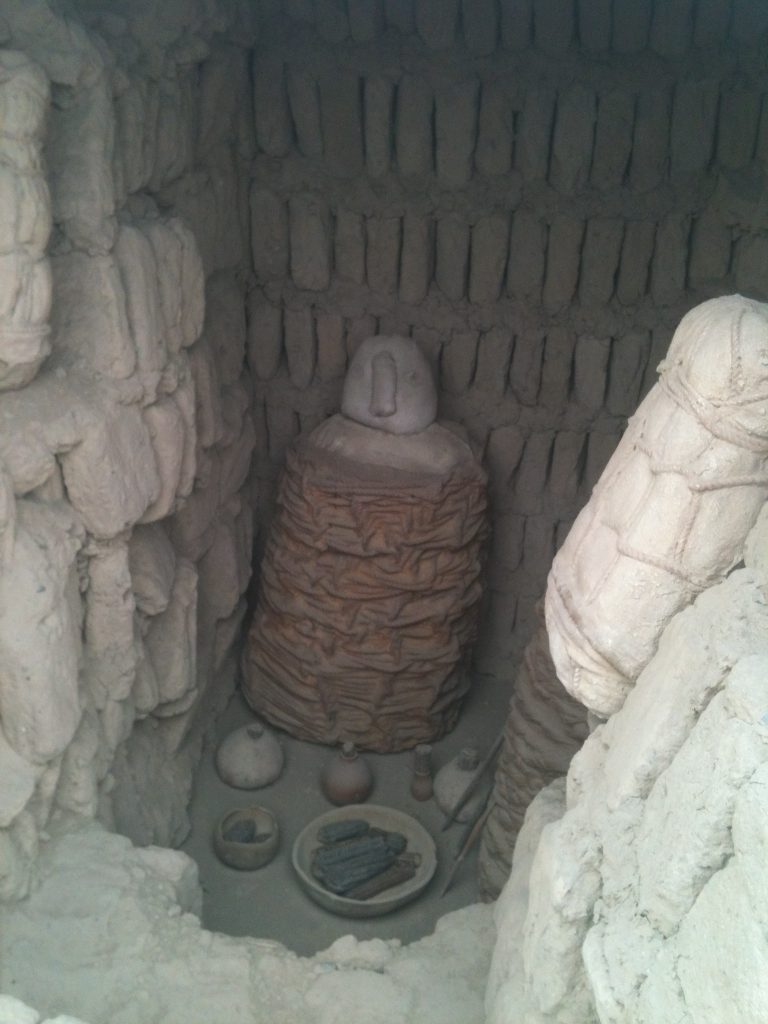 I felt incredibly guilty as I really did try to pay concentration to the tour guide, however when a dog with a Mohawk struts past you, it is hard to concentrate, especially when you have the concentration of a confused fish. 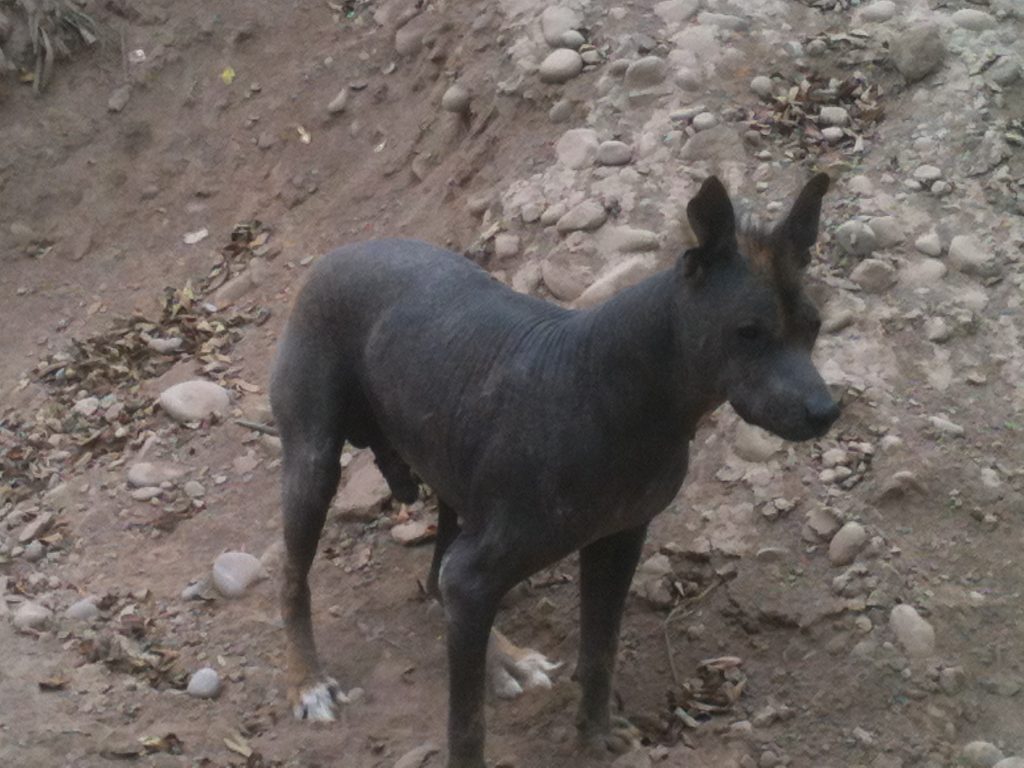 We got to climb to the top of  Huaca Pucllana which gave us a great view of the city, while it also highlighted the contrast between historic buildings and modern culture. 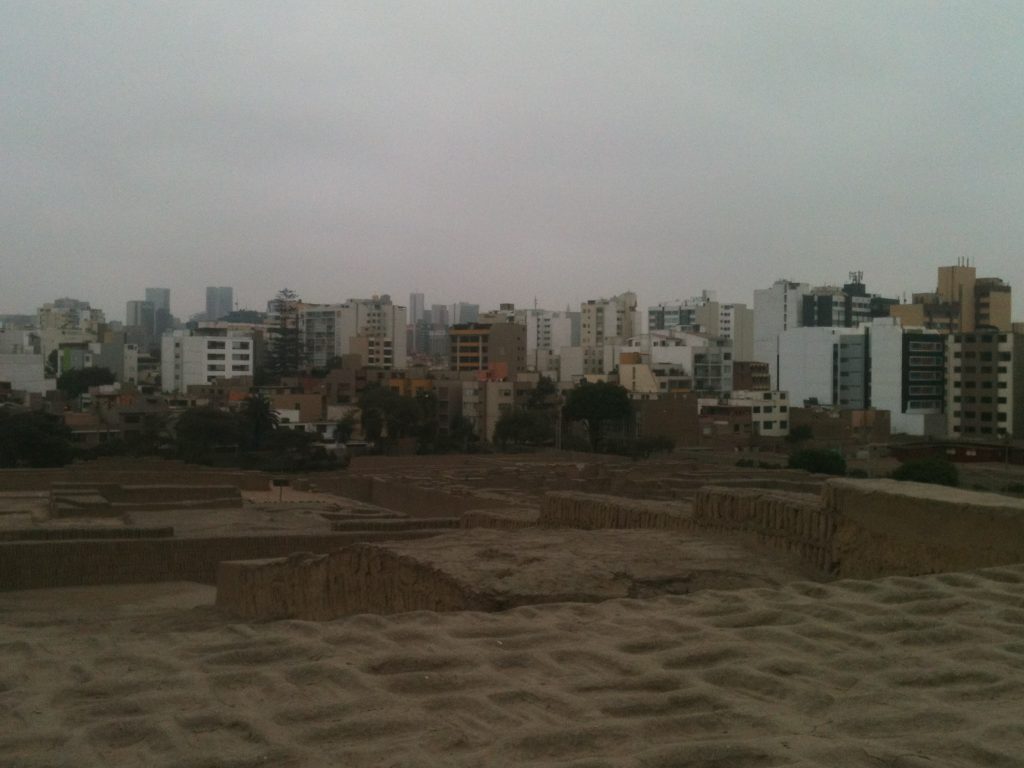 While walking around, you also get to one of the best bits where there is a garden and some animals. The garden shows the food they ate, such as sweet potatos, beans and other assorted vegetables. You then got to a pin where there were alpacas and llamas. 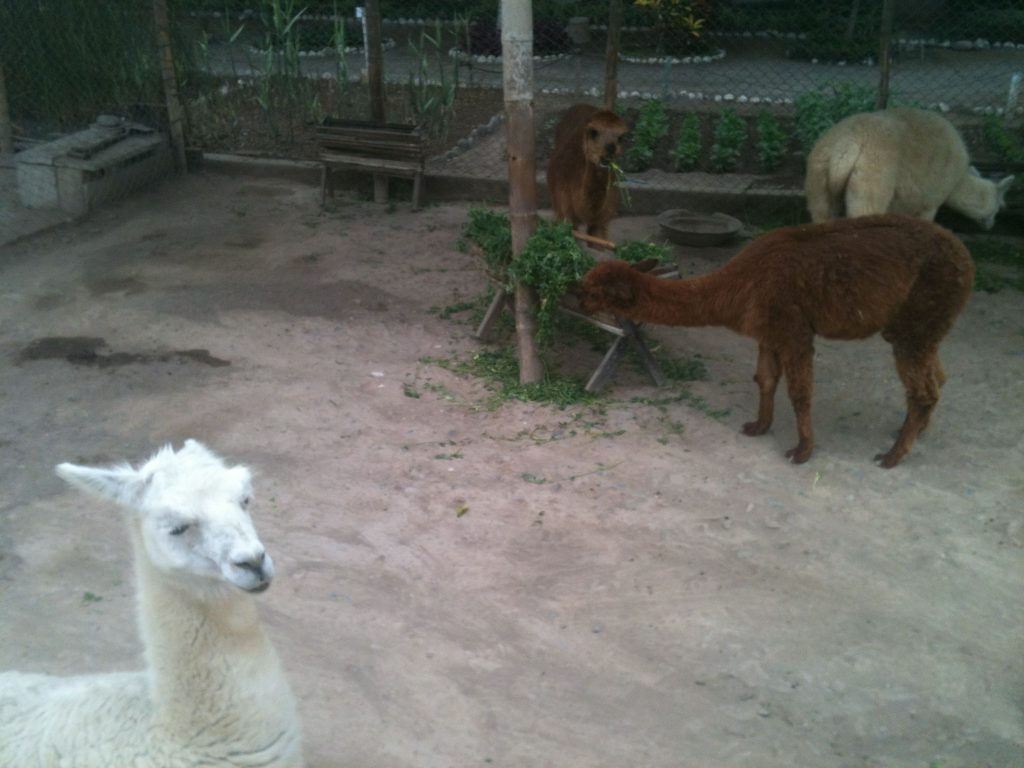 The white one is the llama and the small brown one is the alpaca. The main differences between llamas and alpacas is that llamas are bigger and have longer necks, while the alpaca is famed for having one of the most sought after furs in the world. Both are very cute and pull incredibly funny faces. 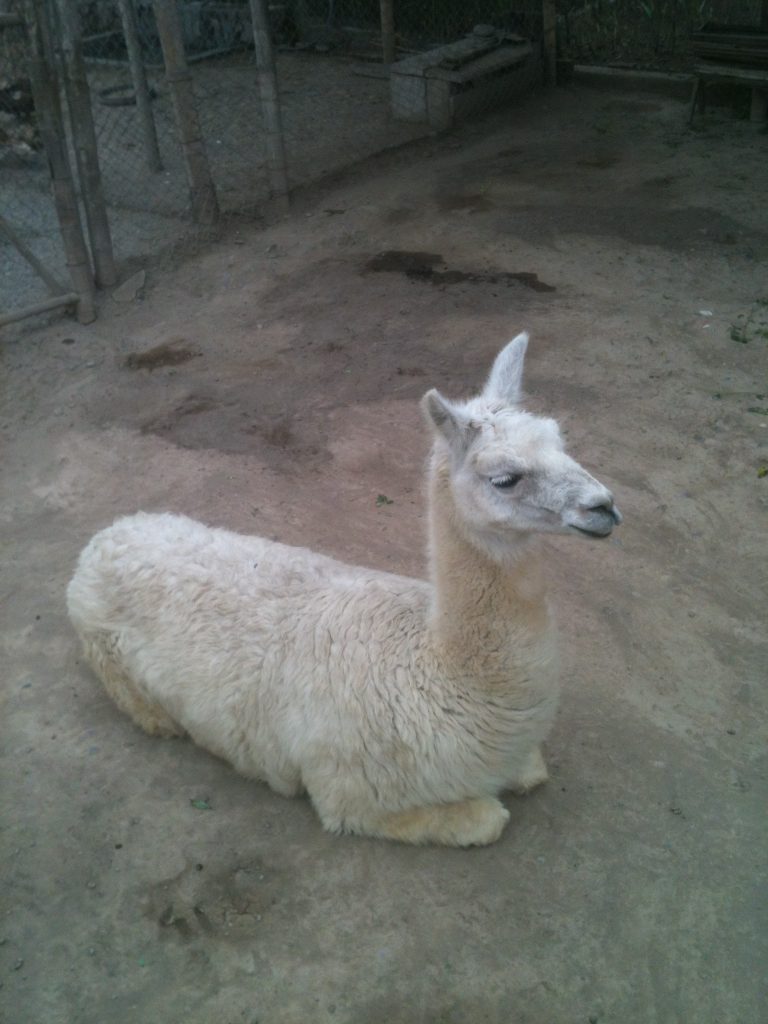 Here are some quick facts:

My overall verdict was that it was OK, and I felt obliged to visit, however it wasn’t the best fun and the guide clearly didn’t want to be there. Do it if you have plenty of time, but don’t rush to this site. 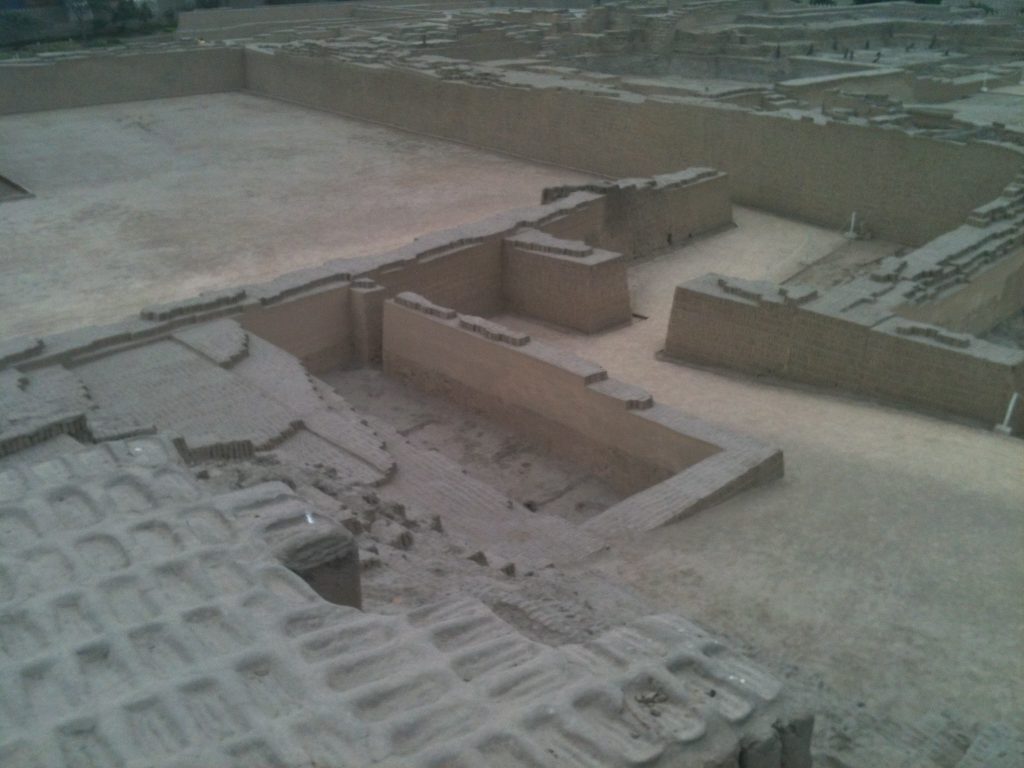