Upon arriving in San Francisco, we laid out the places we had to visit, regardless of time available and the cost. Biking on the Golden Gate Bridge was ticked off, and next had to be Alkatraz, however we did not realise you cannot buy a ticket on the day you plan on going, as they would all be sold out!

If you plan on visiting Alcatraz, remember that when you buy the ticket, normally the first day it is available is around 3 days later, so soon as you arrive in San Francisco, head down to the ports to book your tickets. Alcatraz was pretty much our goodbye to San Francisco as we visited on the morning we left San Fran. 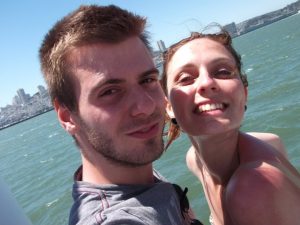 Of course, since writing this the first time, the online booking capabilities have advanced quite drastically, so I wanted to update this post to say you should look to book your boat trip over online, which should allow you to save money and ensure you will get a certified place.

I feel unappreciative in saying this, but taking the boat trip across the freezing cold sea was one of the funnest parts of the trip. The water is very choppy, so make sure you stand on the outside and get all your friends soaked/use them as a human body-shield from the splash!

We were greeted by a very odd sign, stating ‘Indians are welcome’ and having an Indian friend travelling with me, we had a good chuckle at this, with some great holiday photo’s to boot. Looking online, I have managed to find the meaning behind this writing, which is ‘From November 20, 1969 – June 11, 1971, over 900 Indians from numerous tribes illegally occupied the island during the famous Indian Occupation of Alcatraz’. Still, I was surprised that I had to Google this, as the staff there didn’t seem to know the reason or the origin of the message. It reminded me of Anchor Man, as he states the reason for the name of San Diego had been long lost by scholars.

The tour around the prison was enjoyable, as you listen to the cassette tour guiding you through the cells each prisoner stayed in (again, I’ve updated this article, as you will certainly have a greater technology than a cassette). Climbing in to an open cell for a photo opportunity was a good laugh, while the island really did offer an unbeatable view of San Francisco.

While walking around the small island, we found a baby seagull looking worse for wear, as its mother protected it from any predators/children. Once again, I know I should be focusing on Alcatraz as the infamous prison that could not be escaped, however this was another highlight to my short attention span.

I wouldn’t sadly highlight Alcatraz as a must-see for when you visit San Francisco, but I know you will most likely feel like this was something unticked on your San Francisco list to complete, so I would go simply so you don’t think ‘what if’. 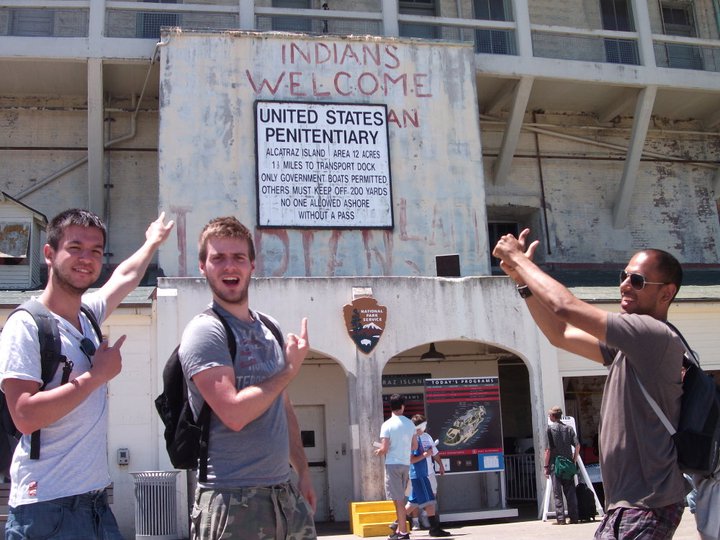 This was the temporary home to notorious gangster Al Capone in 1934, as he oddly joined the prison band and played the banjo, not one of those facts you expect to learn. Again, this wasn’t stated on the cassette, but actually a fact stated by a tourist who had read up on the area.

While there have been many attempted escapes, why this prison was held in such high regard was that there were no recorded successful prison breaks. 36 inmates gave it their best shot, but ironically six were shot for their efforts. A further 23 were caught before they could escape. However that still leaves 7. The reason for this is the freezing cold water that I spoke about. 2 were certified to have drowned, while they aren’t 100% certain on the other five, but they believe all of those drowned as well, as nothing more was heard of these individuals.