The pampas tour in Rurrenbaque was an unbelievable experience, only hindered by the constant mosquito bites. The trip lasted 4 days in total, however you have three days in the jungle and then we crashed in the town for the final night, to take the early plane back the next morning. 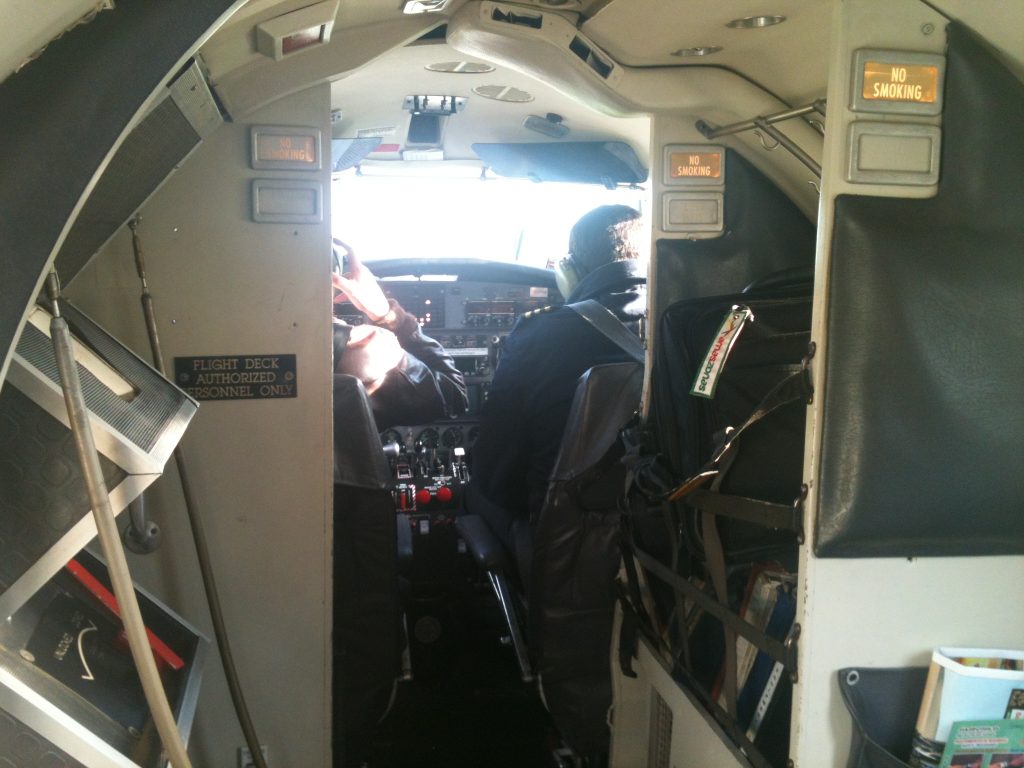 You can very easily book the tour through your hostel or at a tour agency in town, while it cost me 2,200 Bolivianos (about £220) which seemed decent considering what I get for my money. 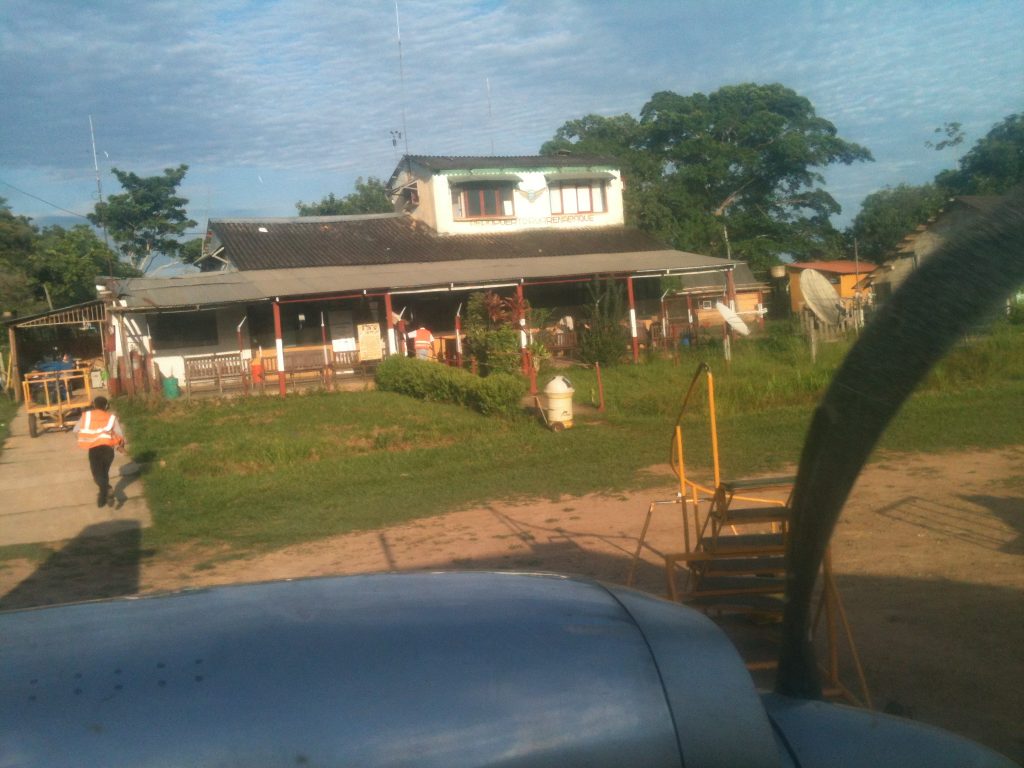 The plane into Rurrenbaque is hands down the smallest I’ve taken, while the health and safety was lacking in a way that seemed to add to the excitement. You land in what feels like a tropical Island and the airport is literally just a small hut. I liked the fact that the guy who flags down the plane, is also the security guard and the cleaner in the airport.

We had to be up at 4am to take the 7am flight, so we spent most of the first day trying to recover from a lack of sleep, however you are constantly doing something while on the Pampas tour.

The first step is a three hour long jeep ride, which takes its toll on you as its incredibly bumpy and there aren’t really any stops unless you absolutely have to go to the toilet. 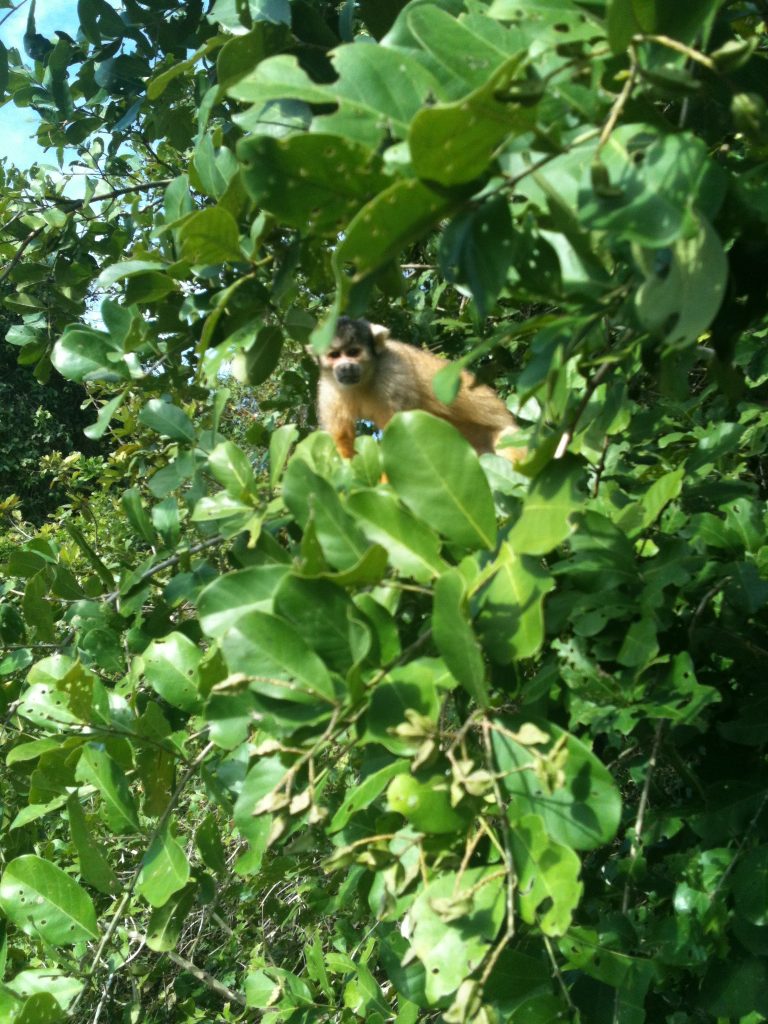 Once you get there, you then need to take an hour boat ride to get to the place where you will be staying for the next three days. You can leave your bags at the huts as this will be your base as everything is just around the huts. There is only electricity between 6pm and 9pm, therefore you have to use this time to charge your phone and laptop etc. 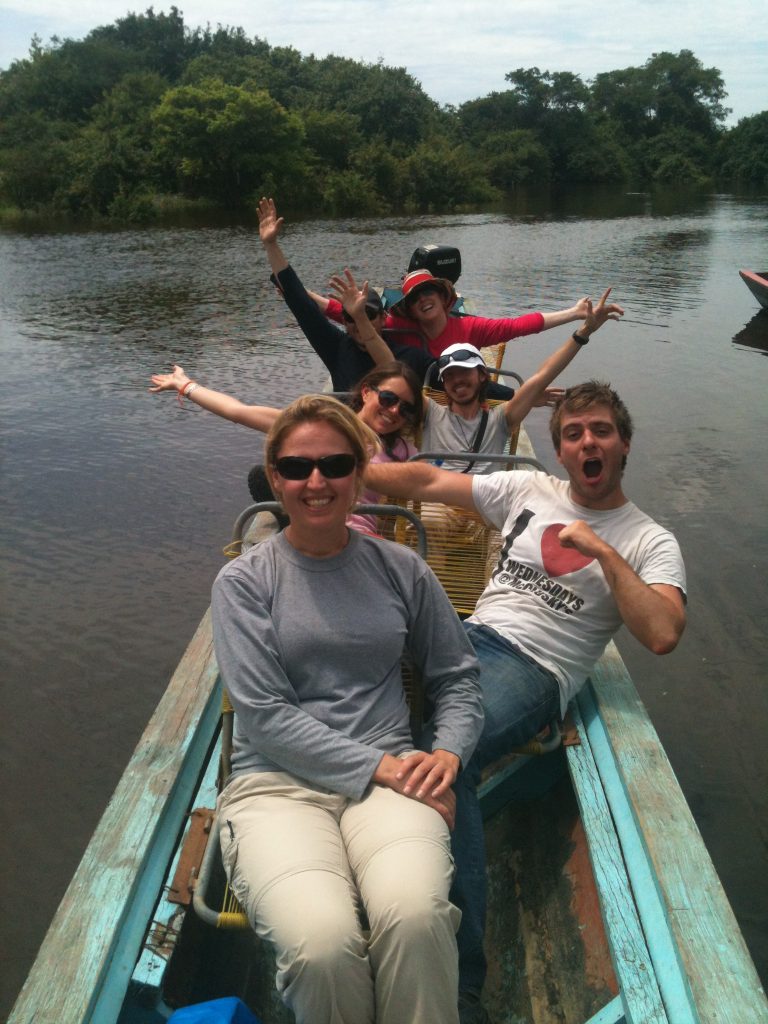 The beds are decent, while you share the room with your group (our group were some of the nicest people I have ever met). 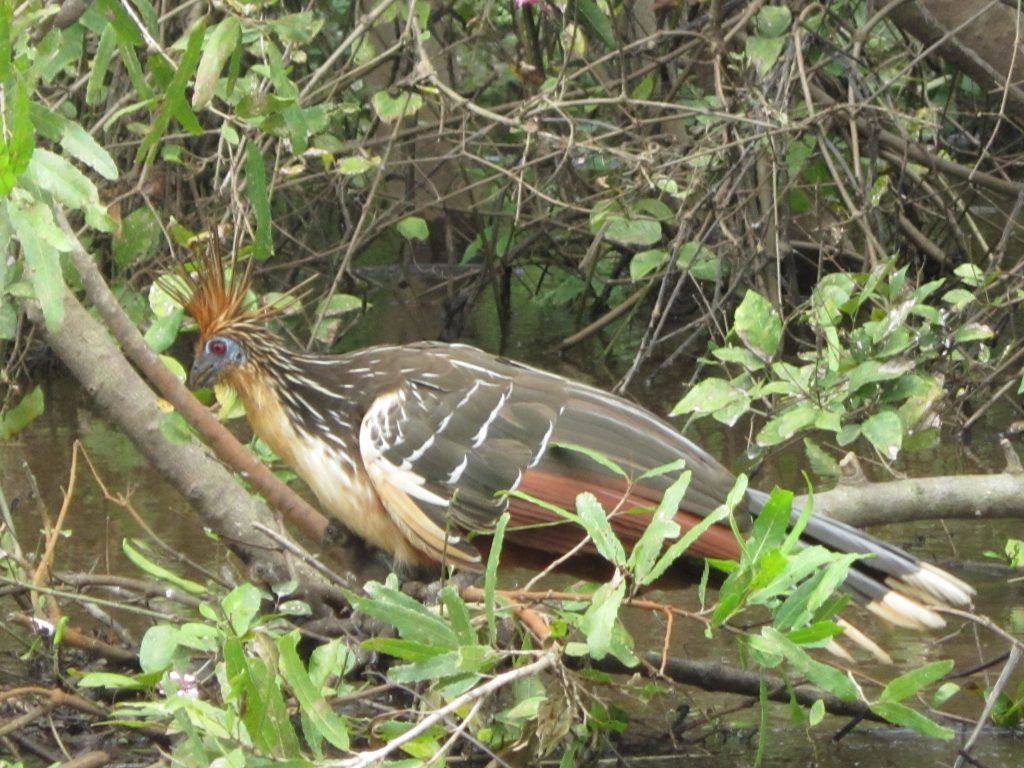 The first trip you take is a boat tour of the surrounding area, where you can spot a number of different animals, such as the snake bird, red howler monkeys and alligators. 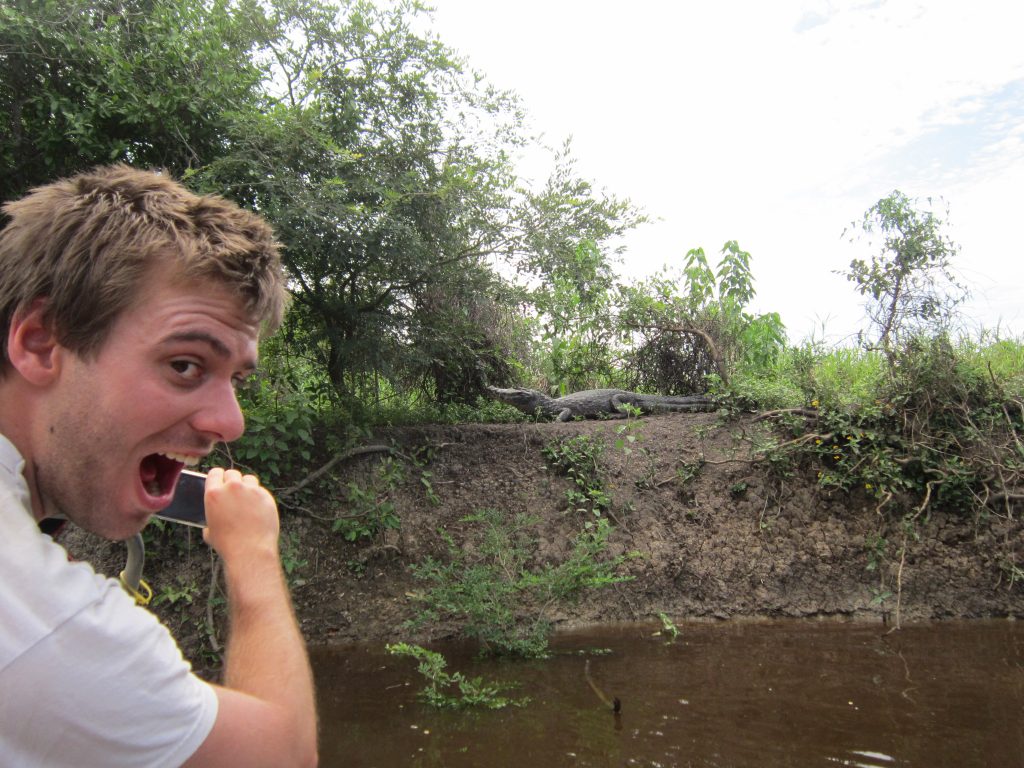 The alligators were in large supply as they seemed to be absolutely everywhere, however we didn’t manage to spot any caimans (probably a good thing as the caimans have been known to attack humans). 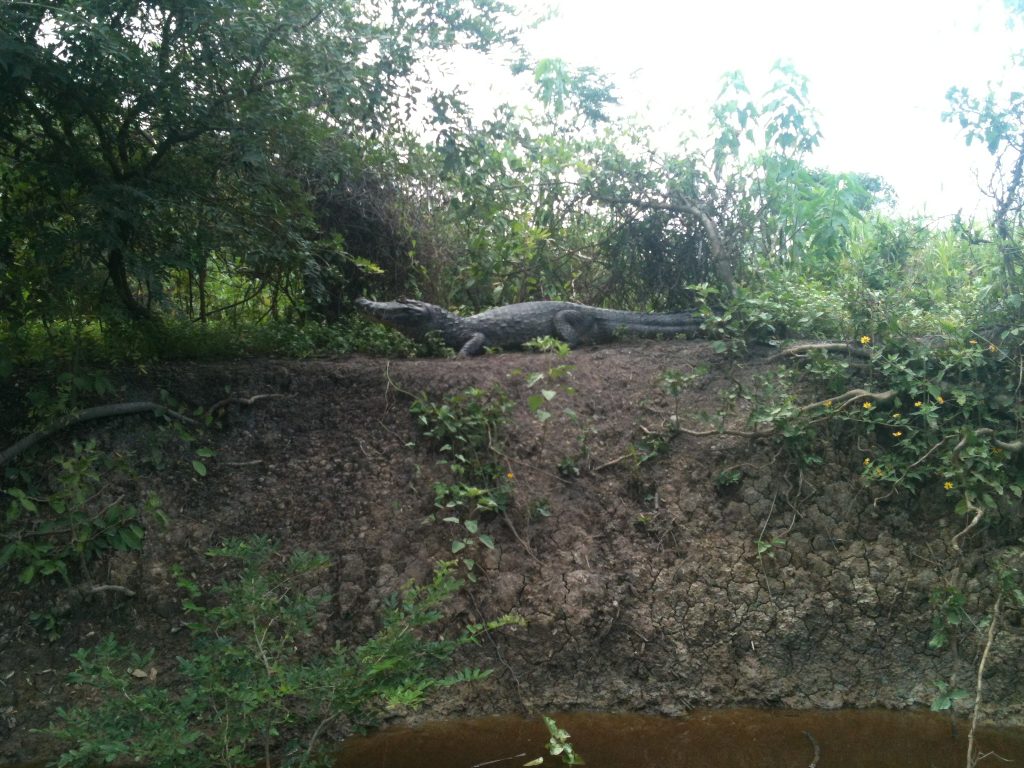 Once you are back, you have a quick snack of popcorn and biscuits (nice and healthy) before taking off on the boat again to a site where you can watch the sun set. There is also a volleyball court and a bar to grab a drink or two…or three. 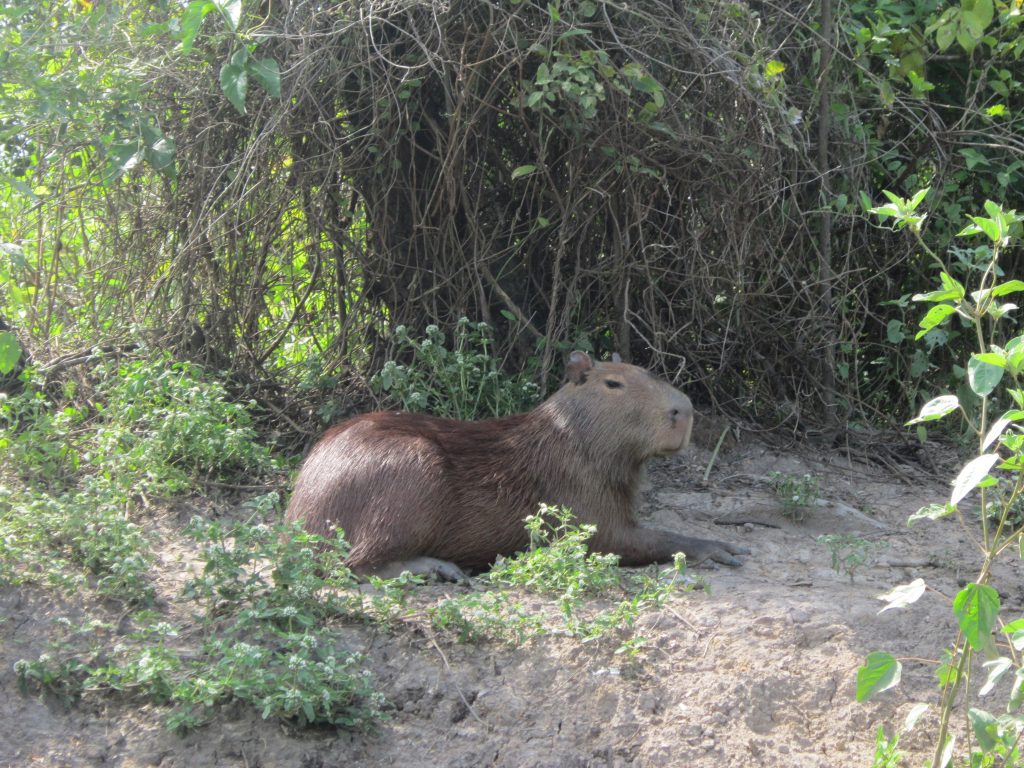 Once we got back, we were shattered and hit the bed as soon as we possibly could as the next day you have to get up at 7am.

On the start of the second day you venture off into the swamps to hunt for anacondas. Apparently they are very hard to find and most groups don’t actually get the chance to see one, so don’t be surprised if you miss out on one. We got very lucky as we found a two metre anaconda and managed to get some great photos with it. 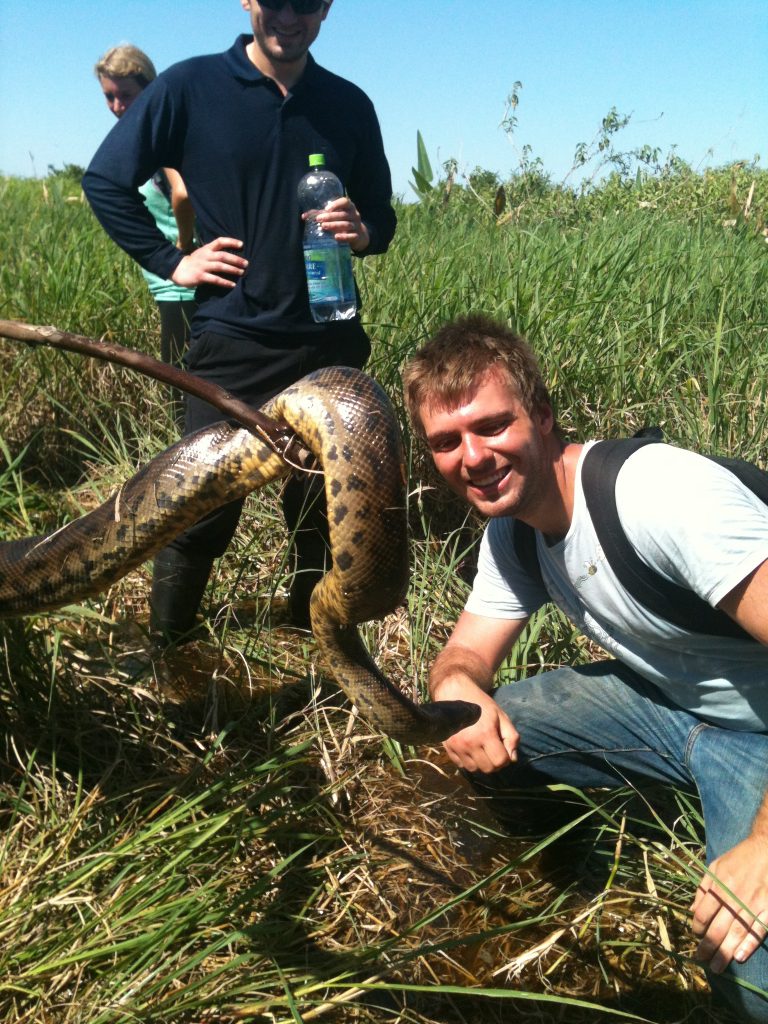 I went a little bit close to the anacondas, which had the guides and the other visitors getting a bit squeamish, however you’ve got to get a good picture! 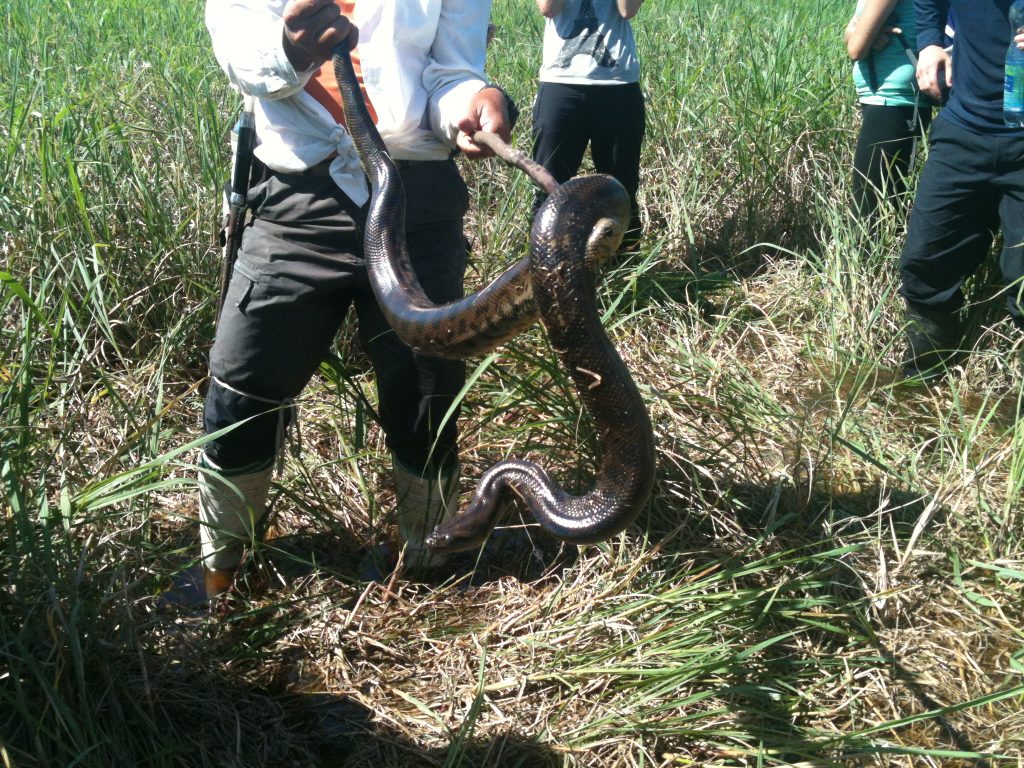 After the snake hunting, the guide asked if we would like to walk around any longer, however we decided we had got lucky and found the snake by 10am therefore we might as well head back to the hostel for a nap. 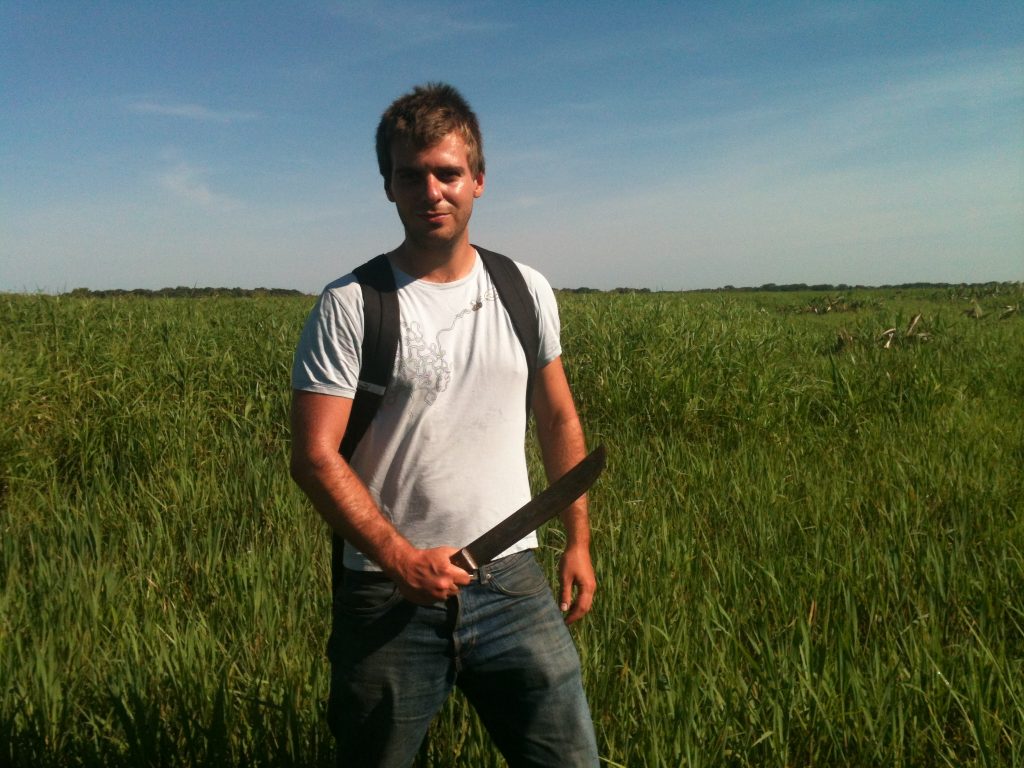 After some lunch and a few games of cards, we headed off to go piranha fishing. I managed to catch one within ten minutes, therefore I thought I might be a natural, however that happened to be the only one I caught. This was once again another lucky opportunity as nobody else I spoke to managed to catch one. This truly was a trip of luck! 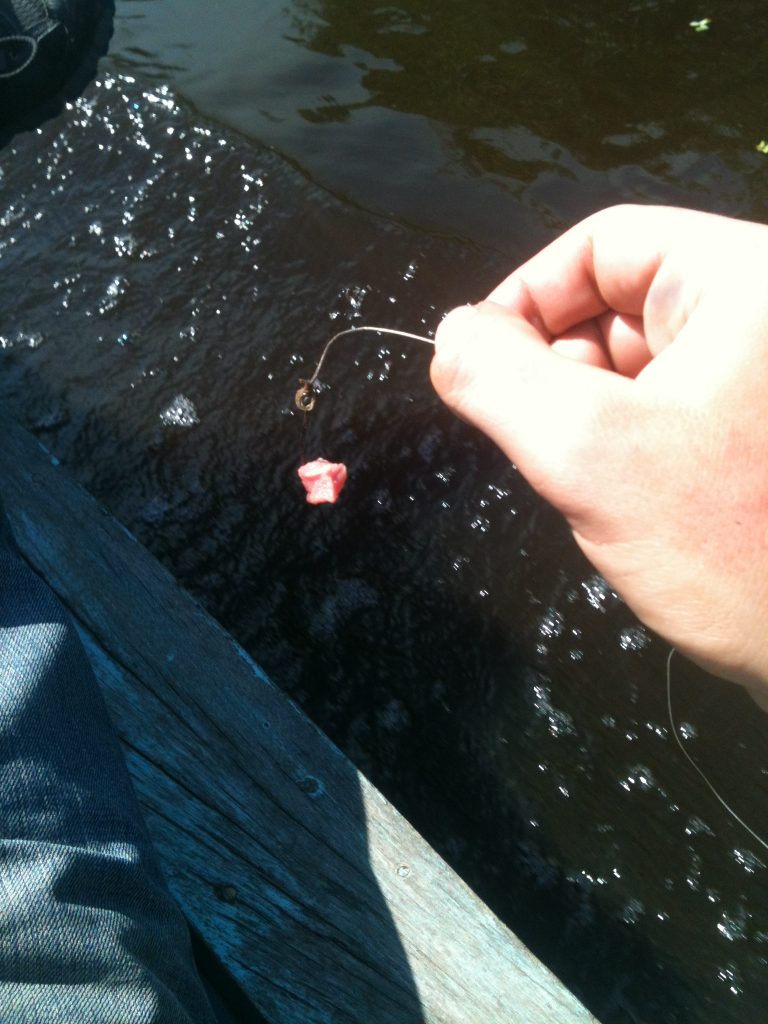 All in all, I would have to put this down as one of the best days of my life, but I really can’t exaggerate how much better it would be if there were no mosquitoes, as by this point I had around 200 bites. 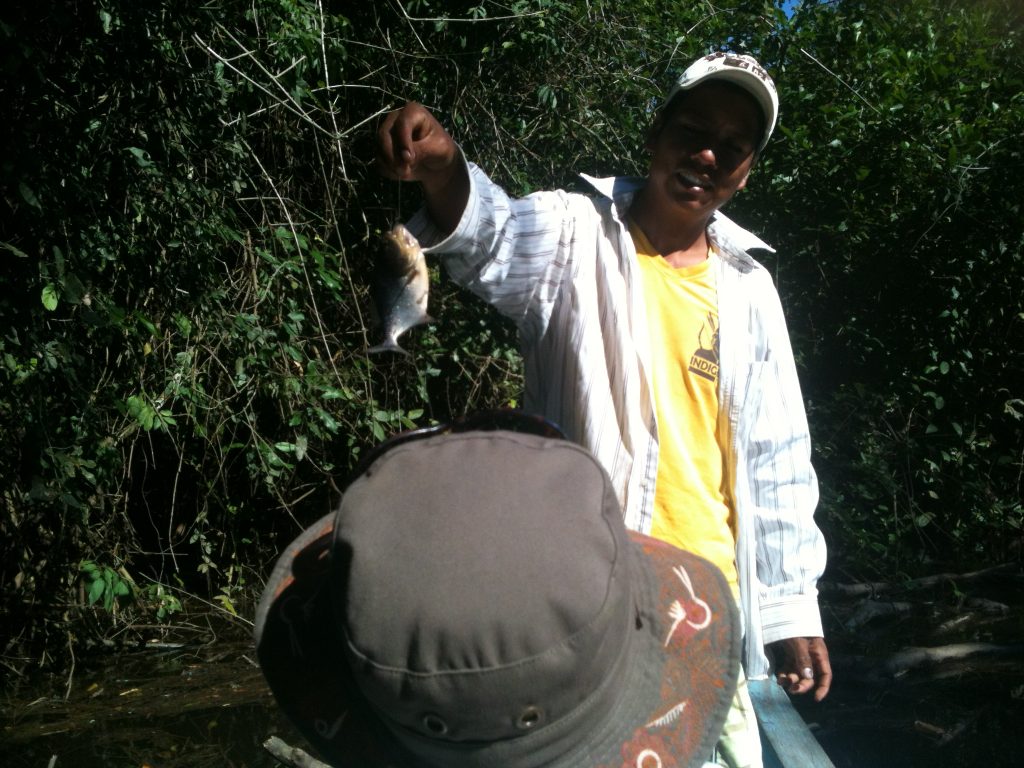 When you buy mosquito repellent, you are always told you need one filled with deet, however deet is quite dodgy and will burn through most things. I got a bit on my sunglasses and by midday the glasses had cracked completely so I couldn’t see through them.

Once again, we ended the evening with dinner and cards, while we also made friends with another group who reminded me of the game shithead (a card game I hadn’t played since sixth form).

On the third and final day we got the chance to swim with wild pink dolphins in their natural environment, but nobody explains how bad the water smells and how unclean it is, as you basically climb into dolphin shit. 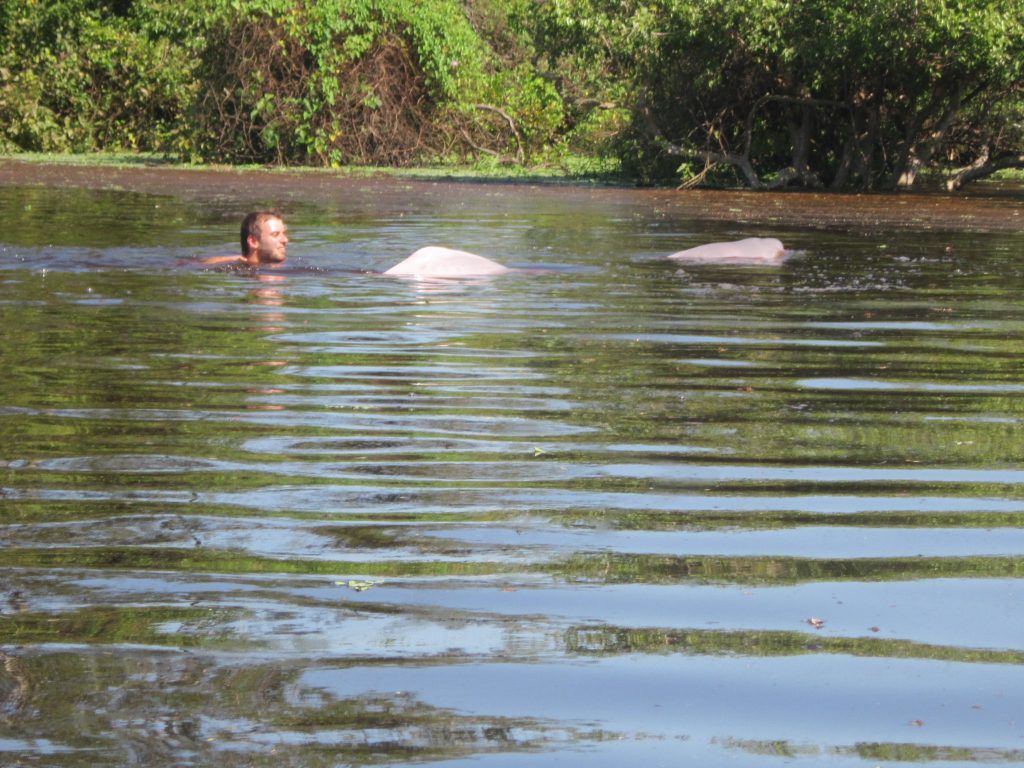 This was the third day of luck as nobody I spoke to managed to get close to a dolphin, while the guide said nobody ever manages to touch one. As I climbed in, I swam away from the group to where I thought I spotted a dolphin. Three then came above the water and swam around me, allowing me to stroke them and hold onto their fins. Everyone came swimming over which scared off the dolphins so I once again swam over to an area where nobody was and I seemed to be constantly surrounded by dolphins. 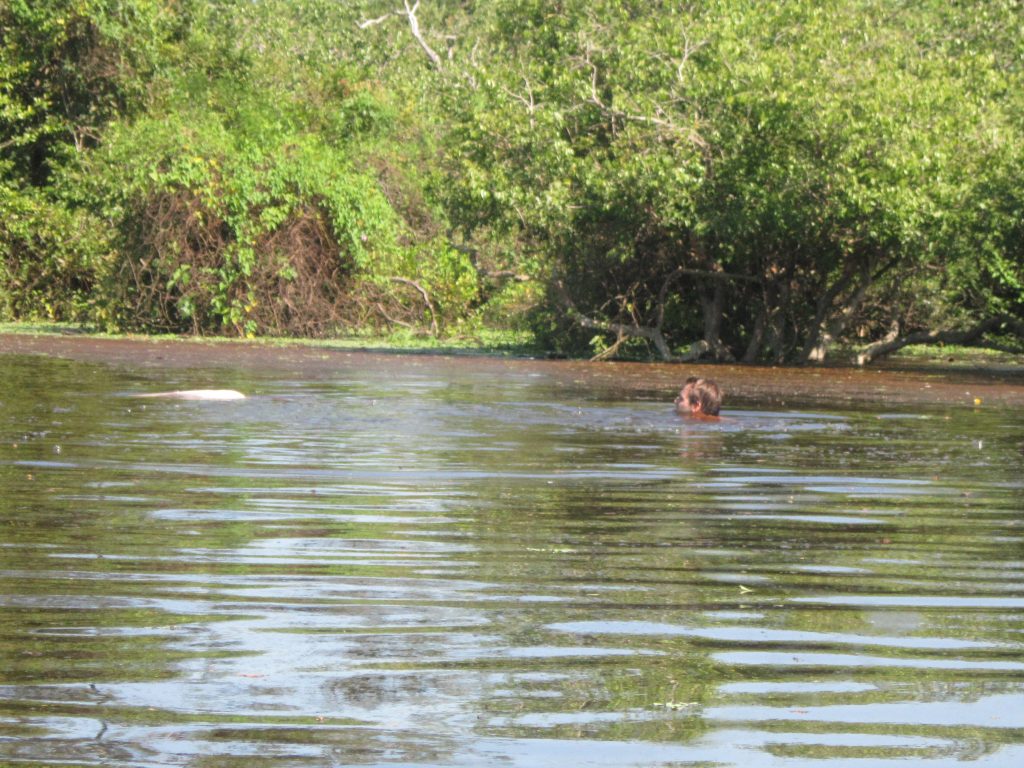 At one point I had one on either side of me and one below me holding me up, so I grabbed the fins of the ones either side and swam with them for a few minutes. The guide said he had never seen anyone do this before and began calling me the dolphin whisperer, which really made me feel honoured and, once again, lucky as hell! 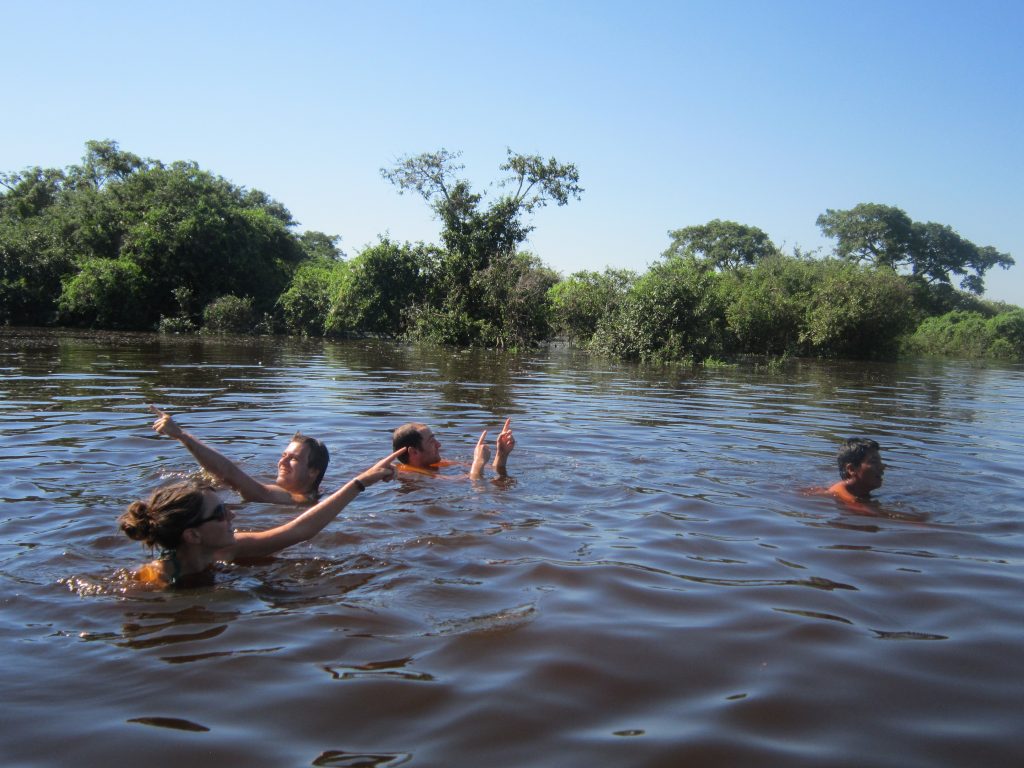 after a couple of hours swimming with the dolphins, we decided to head back as the people who didn’t climb into the shitty water were sitting on the boat sweating their asses off, so we went to grab some lunch and play some cards. 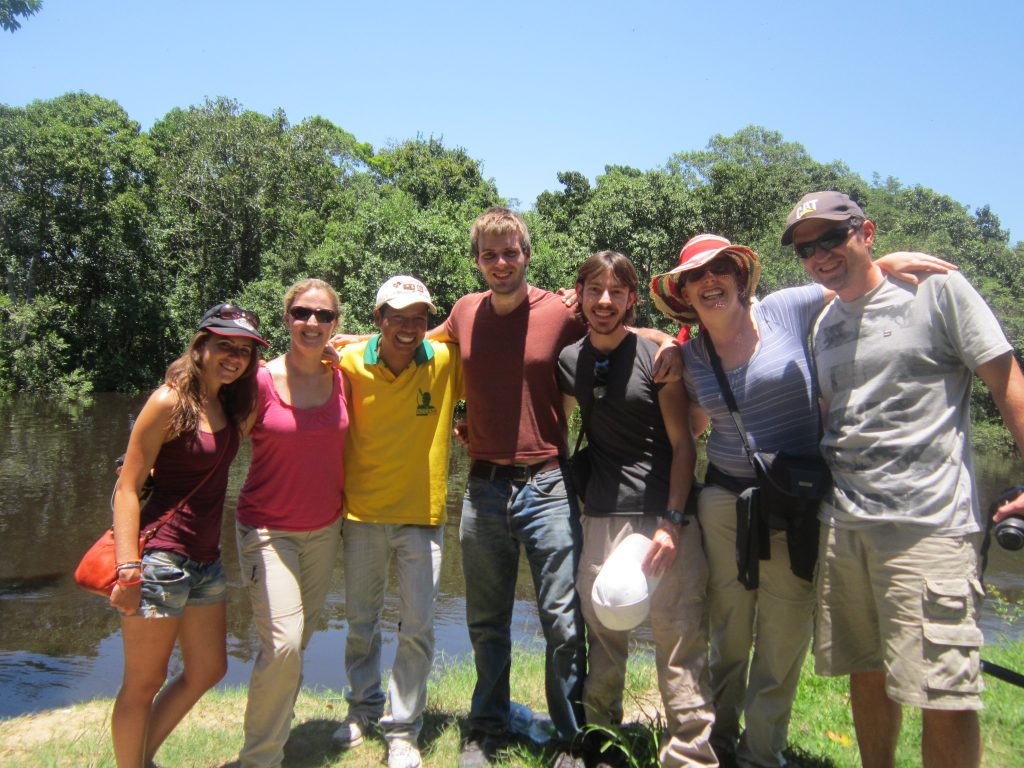 After the dolphin swimming, the tour was basically at an end, however for one final trip, we ventured off onto the boat to spot some more animals and managed to find my favourite, the sloth. I hate to talk about luck again, but spotting the sloth was an incredibly lucky find as it was the same colour as the tree it was on, therefore it camouflaged perfectly with its environment. 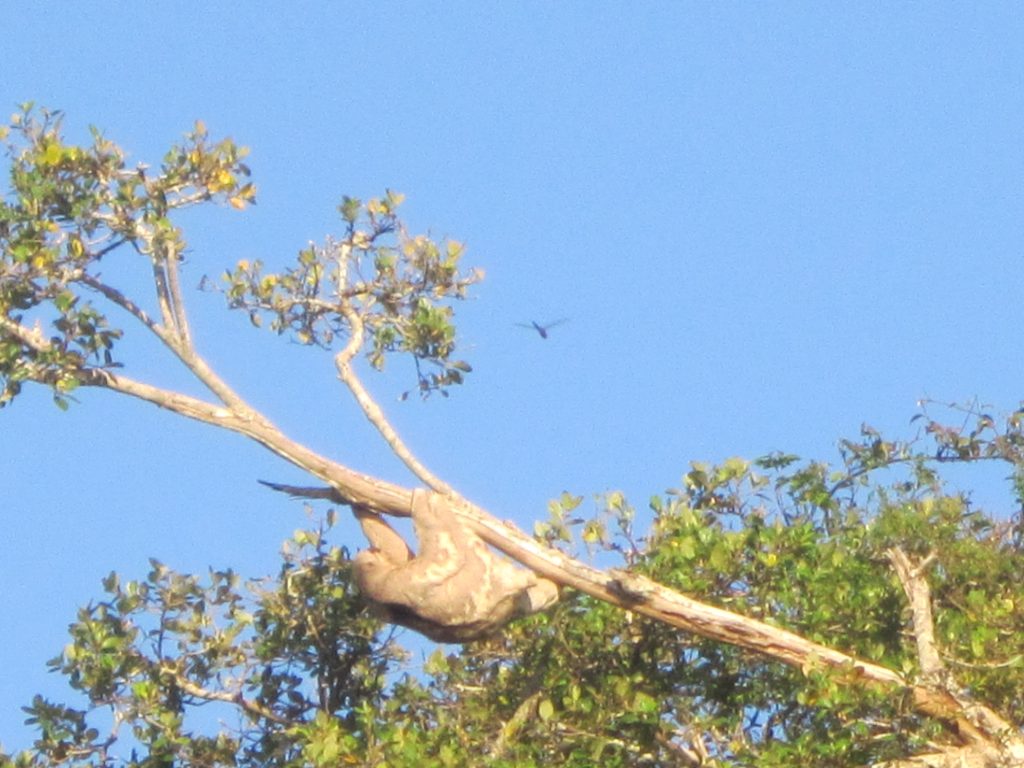 The only thing we didn’t manage to find was a toucan, however once we got back to town, we stayed in a hostel (called something like Ambibo) which had a pet toucan. 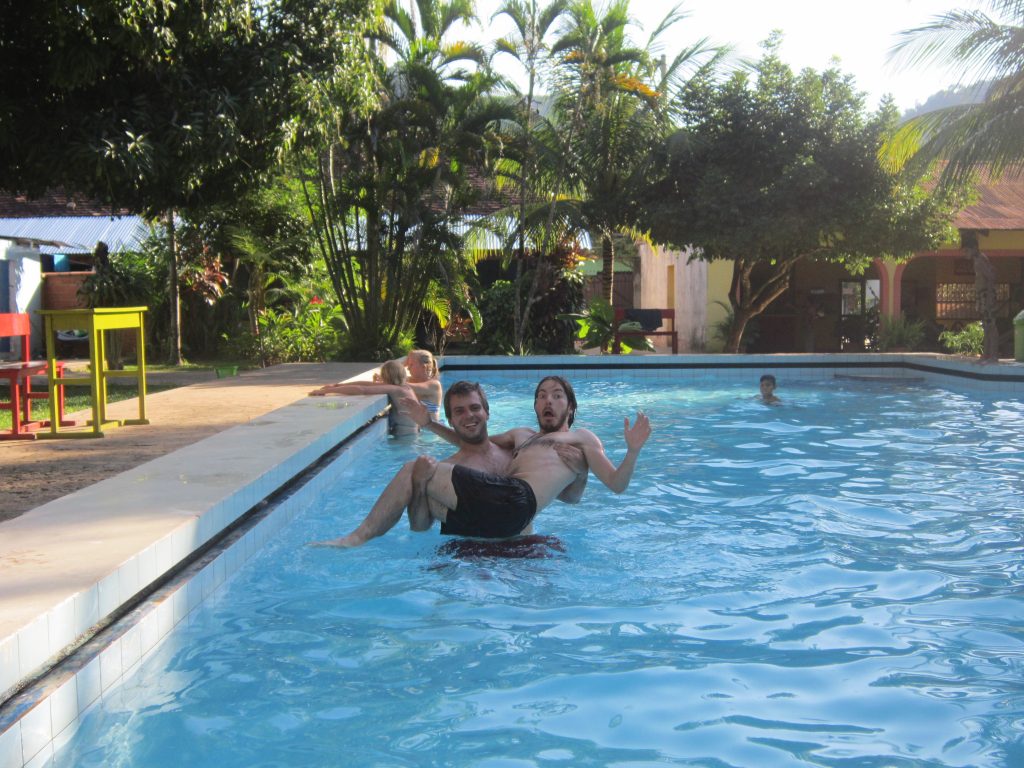 I have never seen one before, so was delighted to watch it hop along the side of the swimming pool. In fact, I think following this trip the toucan has become one of my favourite animals as it almost seems like a comedic character as you watch it hop around the hostel. 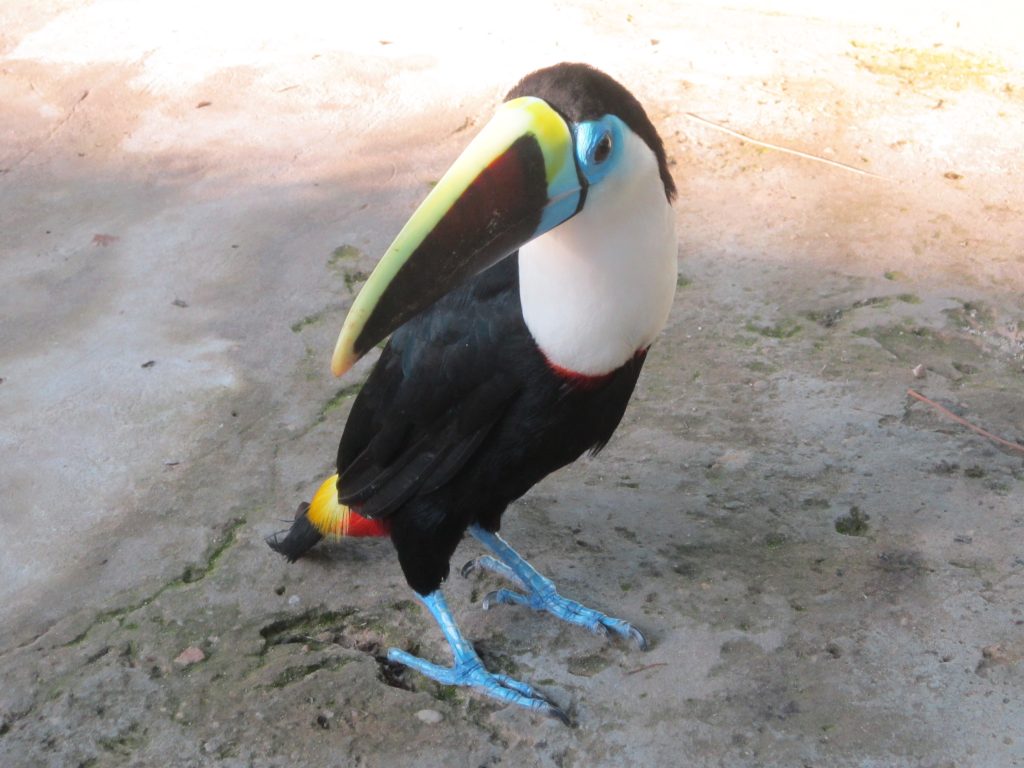 We booked our tour with Indigena tours and I can’t think of a complaint to make, therefore I would recommend going with them (they were the slightly more expensive one, however you get better food and accommodation). 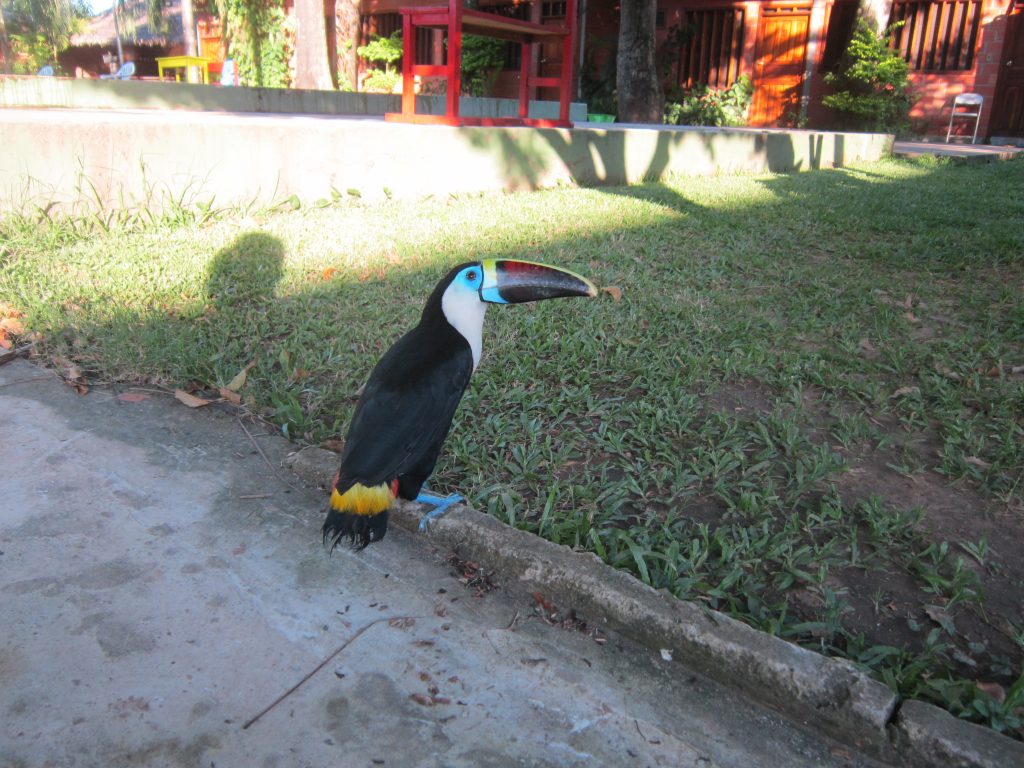