Firstly a quick note to explain why I wrote two locations…It’s because it is based in Crawley, however it is sometimes listed as a Brighton activity. For this reason, if you book it through a company, make sure you have travel plans prepared (you can get transfers included).

So anyway, this was part of an unbelievable weekend, all planned by TheStagCompany, which led me to try paintballing, mud buggies, bubble football, a comedy show, man vs food and more drinking than I should probably admit!

What’s the difference between mud buggies and go karting?

I’ve done both and I can say without a shadow of doubt in my mind that Mud Buggies wins by a landslide! This was potentially the funnest part of the entire weekend. You reach decent speeds, while it feels a lot more real and adventurous, compared to the steadiness and consistency you have with go karting. 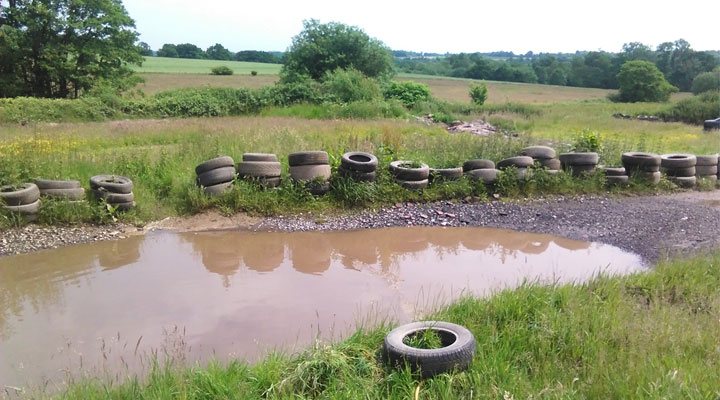 Did a tyre burst?

Actually, yes. It was apparently the first time it had happened in a few months, so it’s a rare occasion, however it made it all a bit more fun as Sophia tried to carry on and get across the line before we could overtake. It doesn’t take too long to fix the tyre and then you’re right back on the track.

They were incredibly friendly, offering biscuits and tea when we arrived, while chatting to us the entire time. They were also very helpful at ensuring you are properly strapped in each time you get in, without complaining when you get confused for the tenth time how to lock the belt in.

How many racers can you have on the track at once?

Only four, so if you have a decent sized group, they normally set up games, so you’re either competing in groups of four, or they set it up like relay, where you tag in your partner.

Do you get wet?

It depends how much water there is based on the time of the year, however they fill up a giant ‘splash zone’ near the finish line in the summer, so you always get a bit wet. While we thought getting wet would be cold and would be the part we avoid, it was realistically the best part of the course, as we all tore through the splash zone to soak everything around us at full pace.

Do I need to bring appropriate clothing?

They provide the overalls you wear to protect your clothes, as well as the helmet. They also have about 100 pairs of spare shoes, so if you’re going straight from this activity into town then you don’t have to worry about getting them muddy.

Can I clean myself up afterwards?

They have a hose at the side, so we took off our tops and quickly splashed our faces. We didn’t get mud anywhere other than our faces and hair, thanks to the overalls, however the hair was a little grimey, partly from the sweat built under the helmet.

What happens at the end?

Everyone receives a medal, while you’re all given a can of beer as you step onto the podium (in the positions of who won). You then get a great photo or video of you all shaking up the cans and bursting it onto each other (Formula one style, well, you can’t expect champagne can you). The medals are a really nice touch.

Would you book this again?

100%, this is easily in my top 5 moments of the year, and I’ve had some truly amazing moments this year, so I’d definitely recommend giving this one a go! If you’re going in a stag group, I recommend booking through TheStagCompany, or if you are going as a small group, you can normally book directly through the site (if you Google Crawley mud buggies).