La Paz goes crazy around Halloween as they strongly celebrate the day of the dead, which is the first and second of November, while Halloween is the build up to the festival.

We spent our Halloween at the Wild Rover hostel, known for its legendary parties, however we were also informed of the amazing prizes you could win if you were the best dressed person (complete lies, there were no prizes).

We ventured off into La Paz and found ourselves a costume each, as you can see below:

Me as Captain Jack Sparrow: 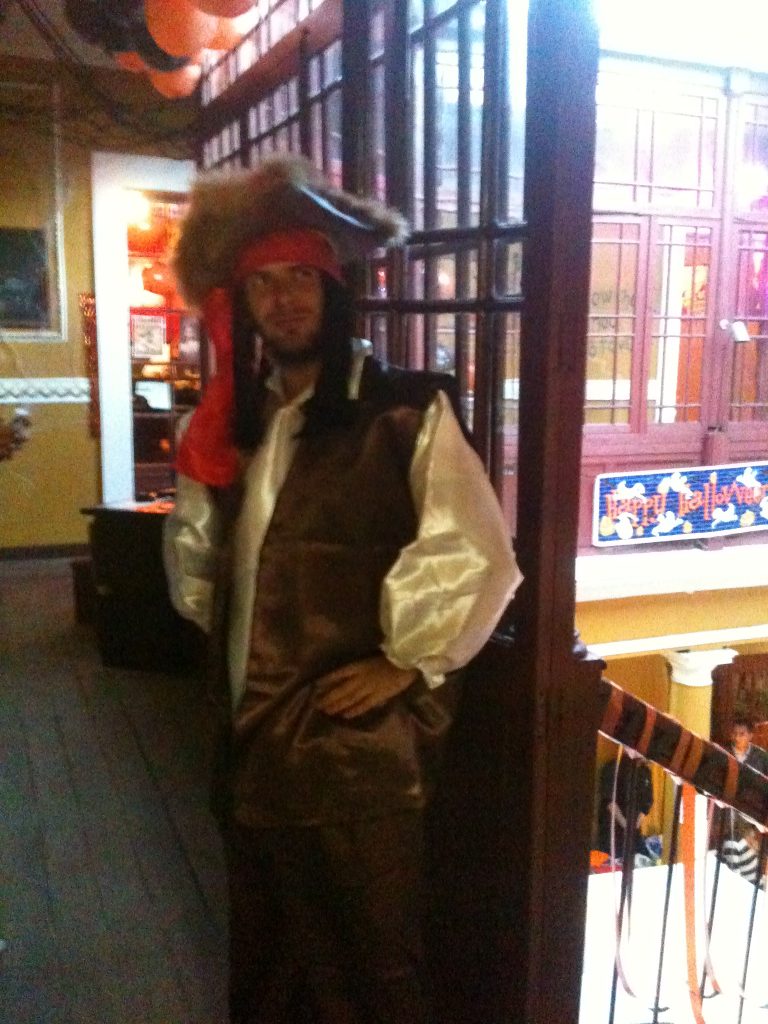 Larry as a smurf: 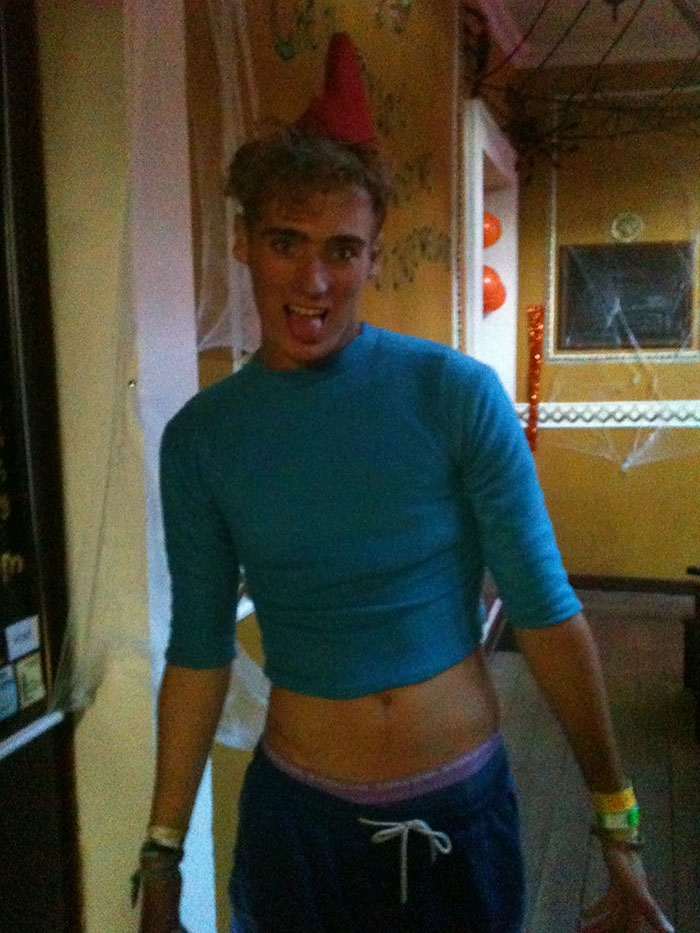 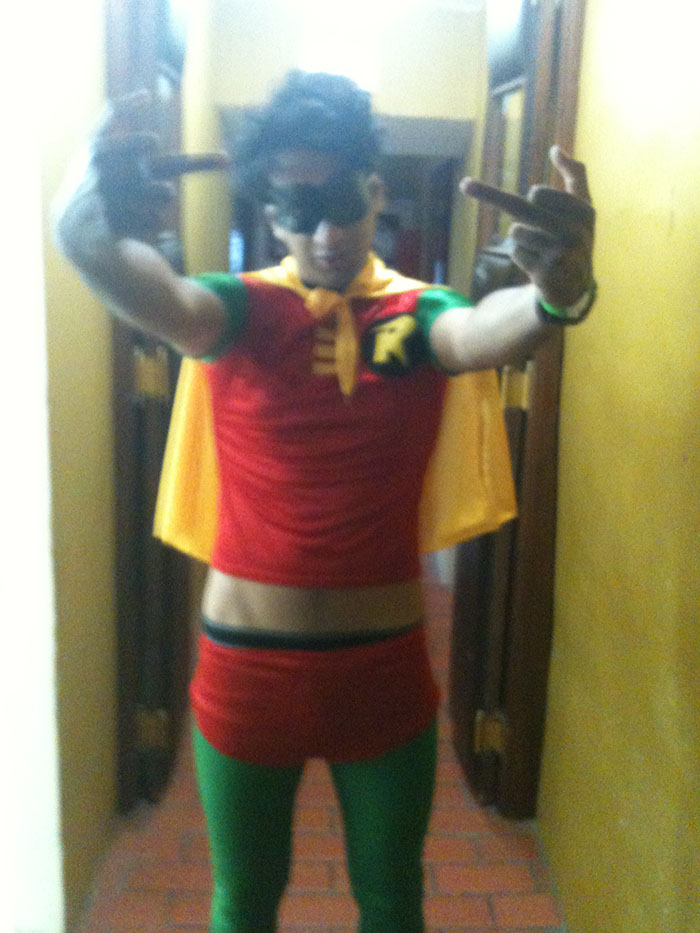 Elliot as a mummy: 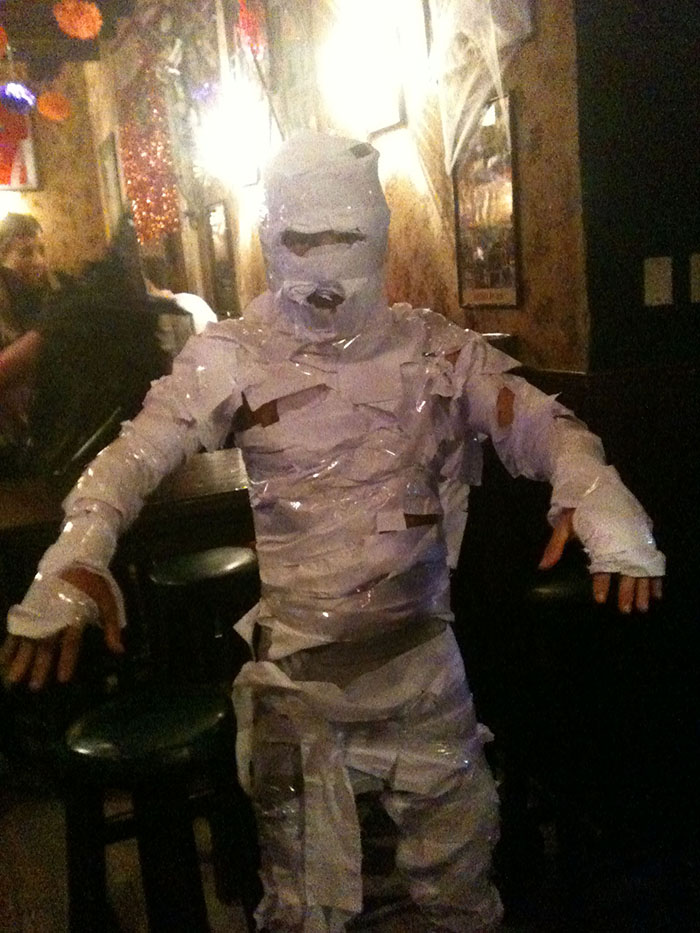 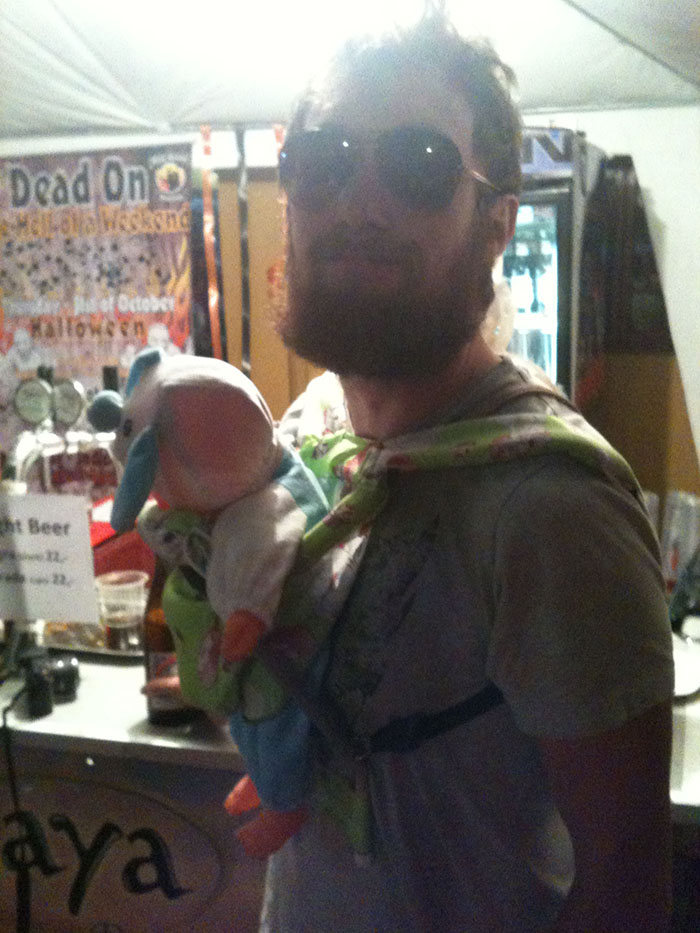 And Sean as the fella from the Hangover:

It was an amazing night, but the drinks kept coming and the night blurred slightly. The highlight was when someone asked me to dance on the bar and got me up there. Not having a clue what to do, I climbed back down but was on the serving side of the bar. People began asking me to pour drinks, assuming I worked there, so for a while I began serving drinks, too confused to question what I was doing. After about ten minutes I served my mate Lorenzo who kindly pointed out I was on the wrong side of the bar…and I don’t work there. 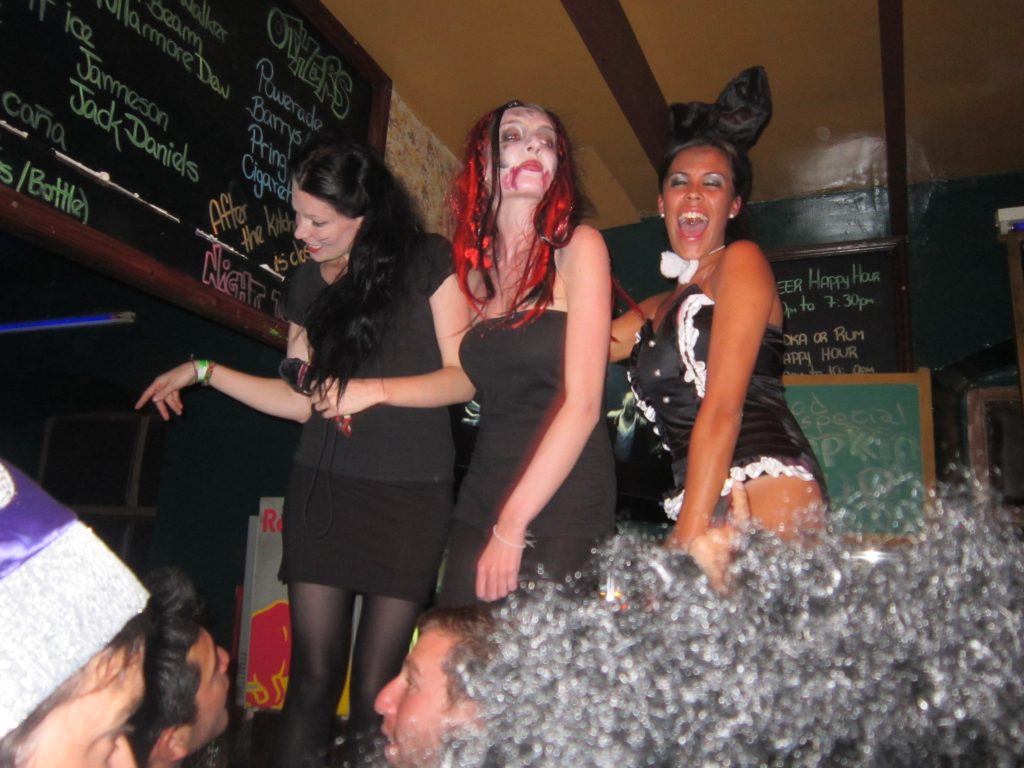 I very quickly jumped to the other side and began dancing once again. It was a great night, however we never really made it out beyond the hostel and I have found the La Paz clubs to be the worst on the planet. 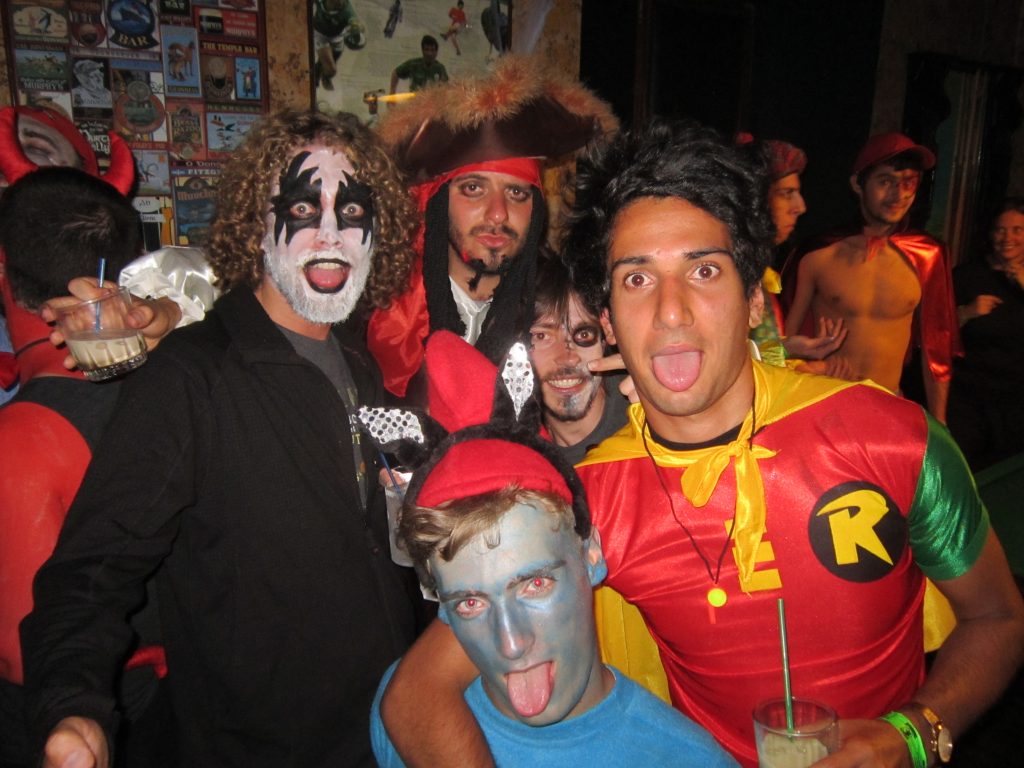 I’m not going to lie, I’m really wanting to wear the Jack Sparrow costume again, however it does feel bizarre loading my entire bag with fancy dress costumes. 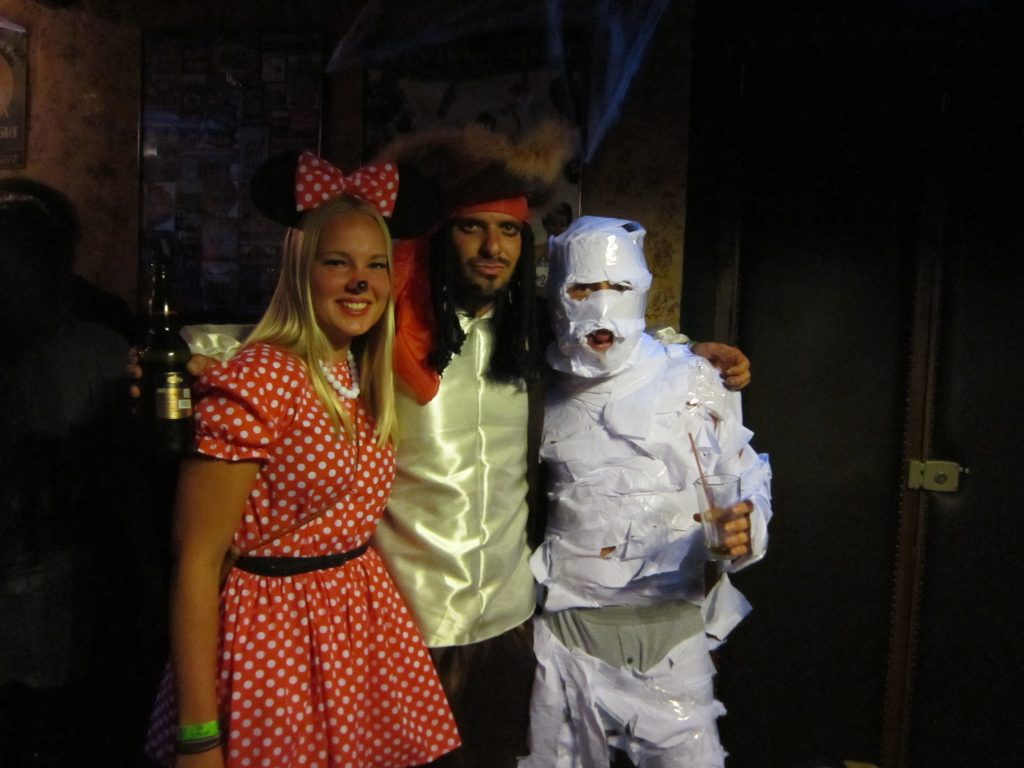