Death road, also known as North Yungas road, has the notorious title as one of the most dangerous roads in the world. Inevitably, we had absolutely no choice other than to bolt down the mountain on a bike. The whole experience cost 470 Bolivianos, which works out about £47, not bad for a once in a lifetime experience which lasts the whole day. 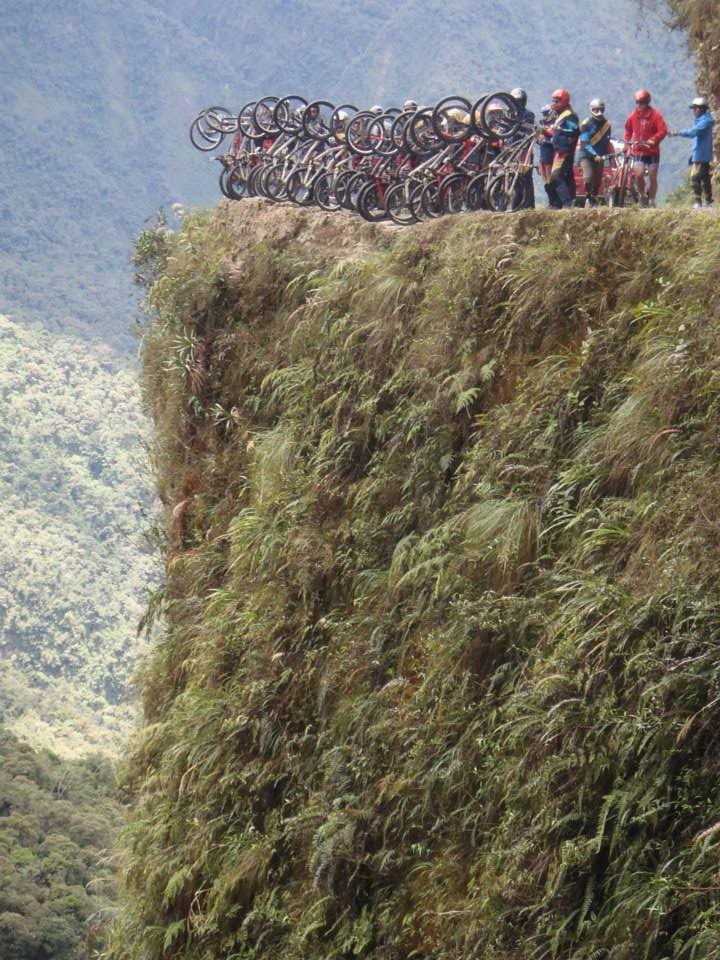 The entire route was 61-69 kilometres, however the road is much safer than what it used to be, as 200-300 people used to die every year, whereas now it is more like in the ten’s. 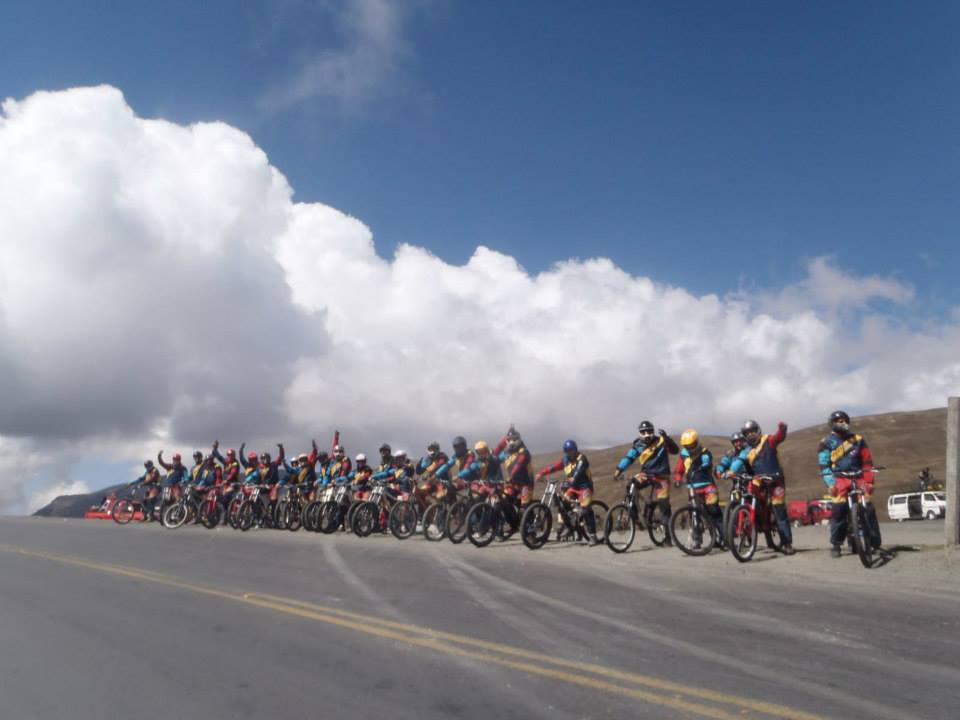 If you’re considering biking death road, you can do this conveniently from La Paz (meaning a cheeky stay in Wild Rover). As you cycle along, you will notice a number of crosses and signs to alert where people have previously fallen off. 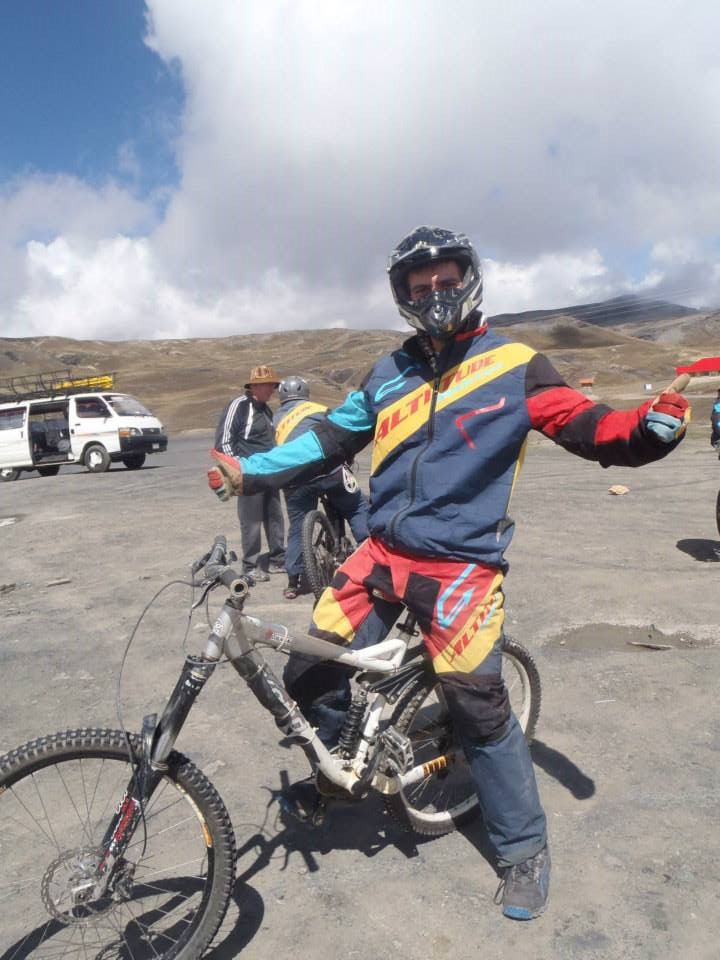 We were picked up from our hostel at 7:30am and taken in a van of 8 people. Once we got to the venue, there must have been around 40 of us, as they offered us breakfast of chicken,cheese, bread and jam, as well as some coffee and tea. Once we drank all of it down, we climbed onto our bikes and began the initial 25 kilometres, which is at a relaxed pace down the mountain on the road which the cars take. 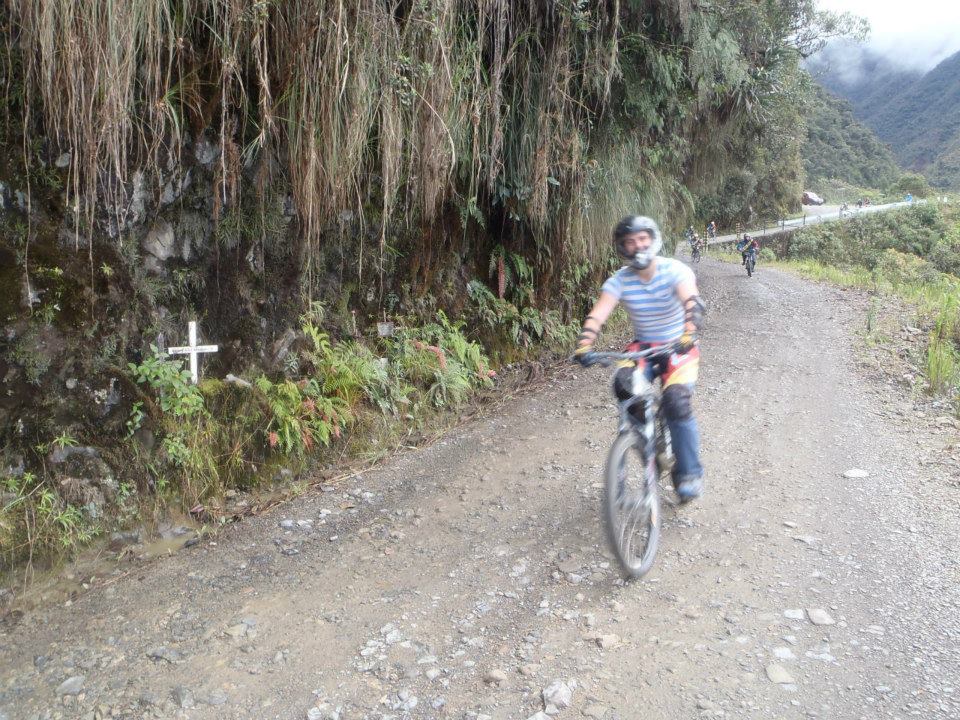 This part is a build up and helps to you get used to your bike. Once you have finished this section, you get to Death Road, where you will begin riding over much rougher terrain on much more narrow pathways. 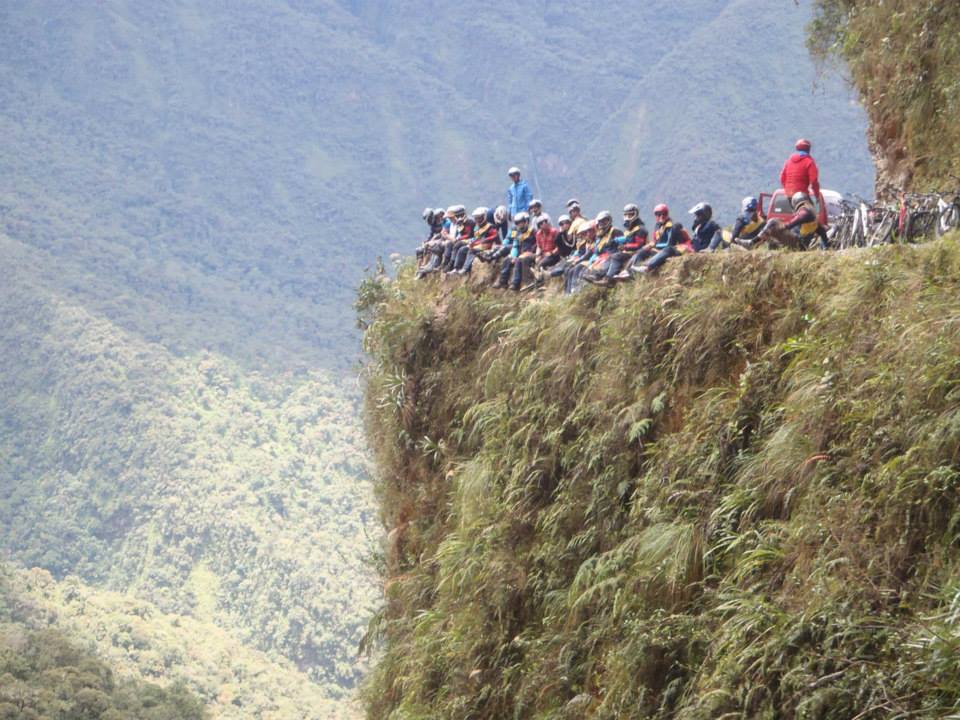 Part of the way down, you will get to the infamous spot, where you can dangle your legs off for a great picture, or which ever pose you prefer. 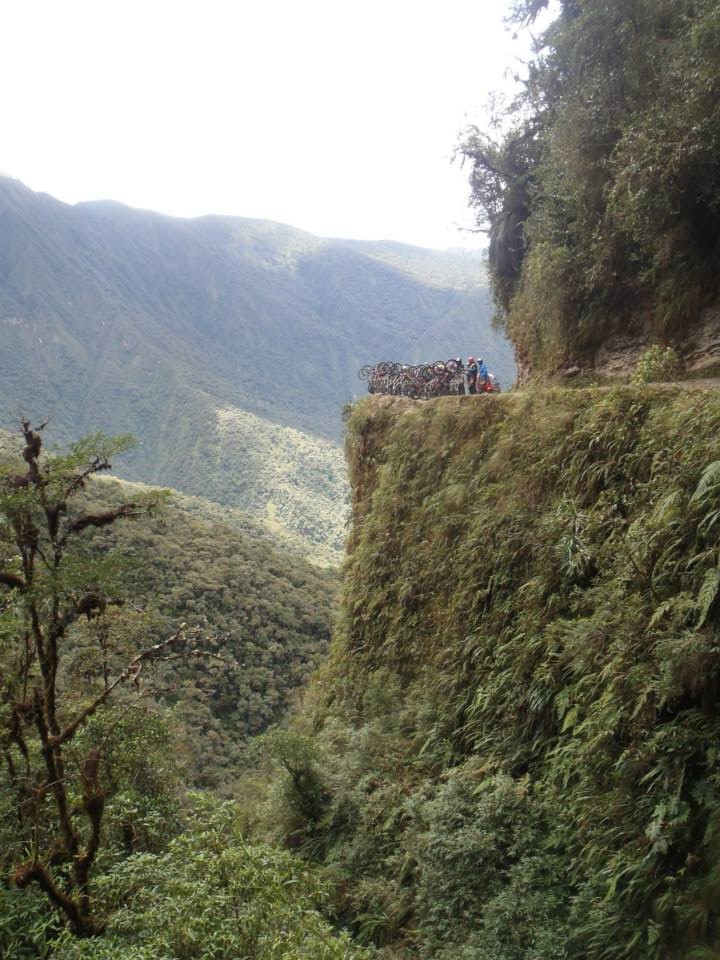 Quite honestly, Death Road was no where near as scary as I hoped it would be, however it was easily one of the best things I have ever done in my life and is a worthy contender for my list of things to do before I die. I can imagine Death Road being a lot more scary if it rained or snowed however, so keep an eye on the weather forecast. 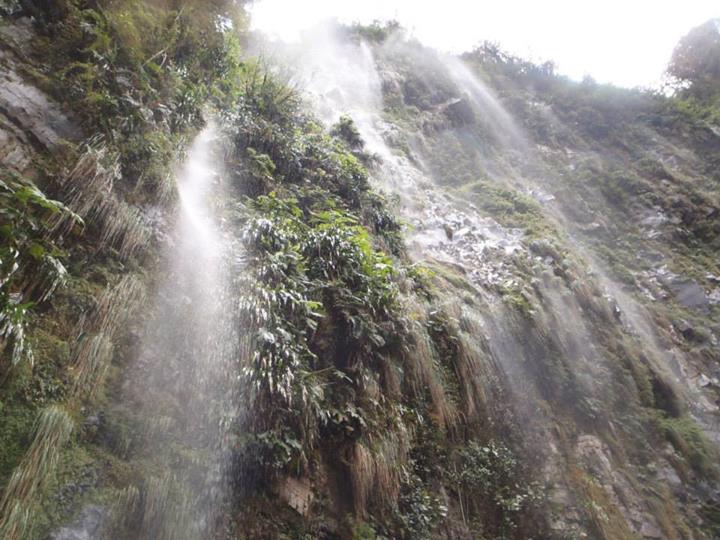 Once you got to the end, you stopped at a cafe for a pint and to collect your branded t-shirt (I normally hate sell out t-shirts, but got to love one saying you survived Death Road). You spend half an hour here before heading on for dinner. 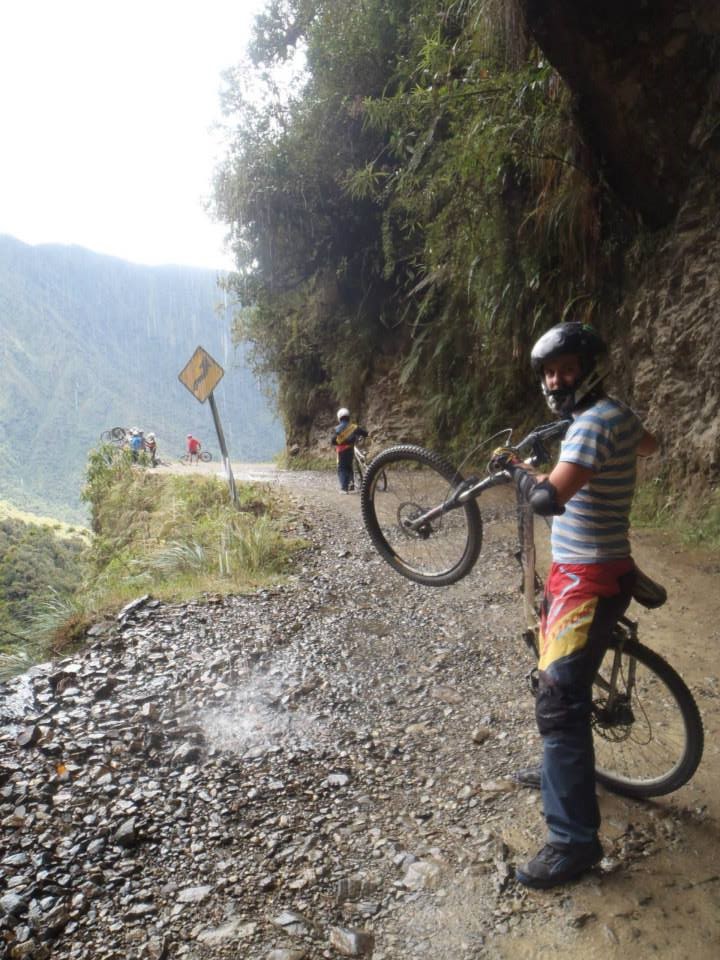 You have dinner at a nice relaxing garden area with a swimming pool, while the dinner is a buffet which always leaves a smile on my face. after a couple of hours swimming and mucking around, you begin the long journey back up Death Road in the bus, much more scary than the bike ride. 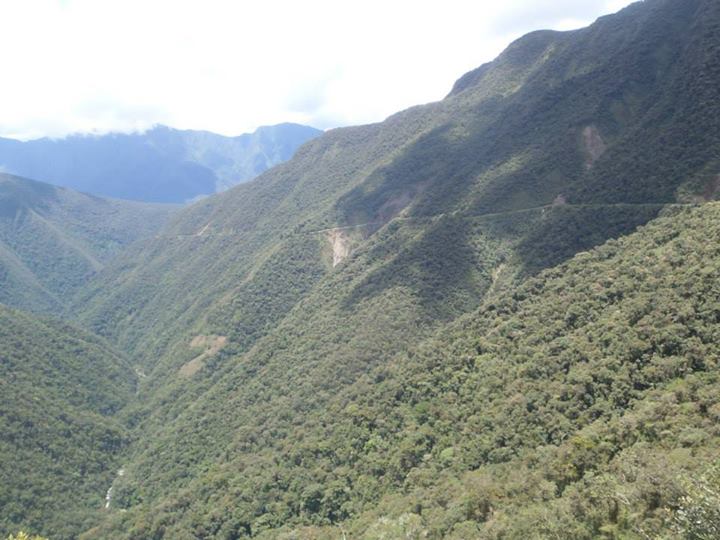