Well, after 5 long years, we went right back to Amsterdam, this time with one thing in mind…to PARTY! It was me and three friends: Lee, Kunal and Greg. After the wild adventures across the world last year, this one looked a bit tame in comparison, so following 5 months without leaving the country (OK, that isn’t actually that long), we packed our bags full of t-shirts and boxers and jumped on the plane. 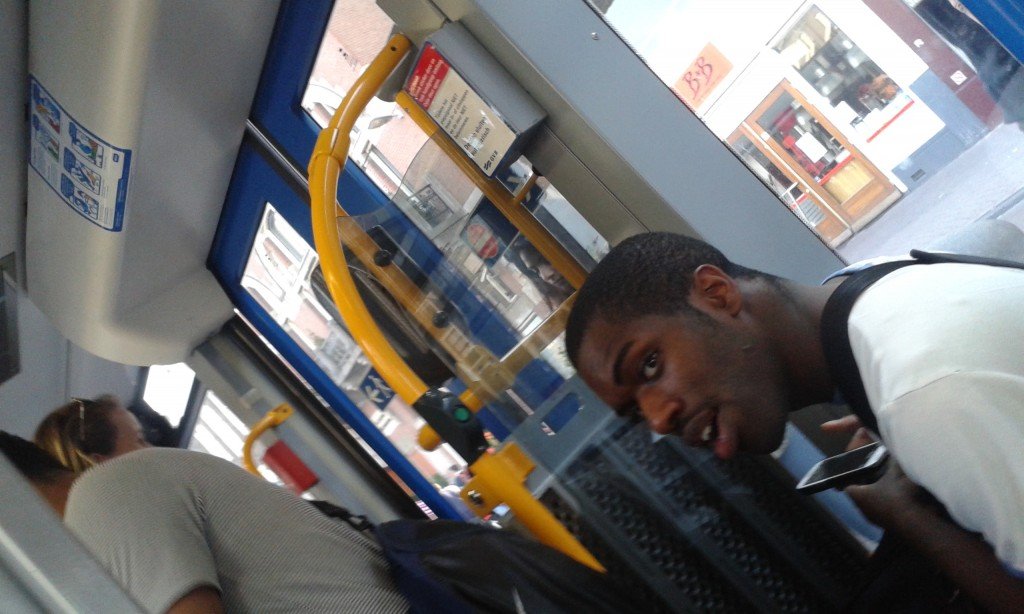 Kunal was packed to the brim with protein shakes and BCAA’s (we’ve all gone a bit gym crazy in recent months) and I was ready to revisit the city that brought me such good memories on a holiday during my second year of University.

I will divulge a bit into what we tried, what we saw and the best moments.

Finding our hostel was a bit difficult as we jumped onto the first tram we saw and went in the general direction we thought we should, it left us incredibly lost, but all part of the fun!

Everyone drove around in what can only be described as the smallest car in the world, as can be seen below. We’re determined to hire one of these out each next time, doing it like a Mario Kart style one. I’ll have to get a driving license first but its all good! 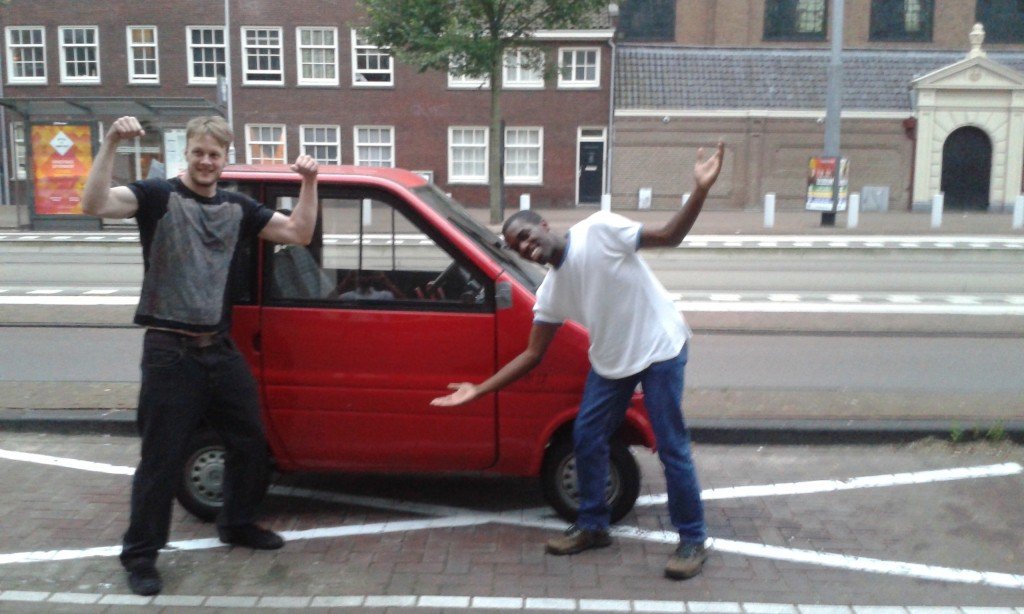 Our first night started a little explosively…no literally! A car was on fire on the side, but to be honest it was a fair reflection of the world at present that once the people in the car were pulled to safety, everyone instantly pulled out their cameras to record, me included.

We also met some really funny Americans while there, it made me realise I do miss America a bit, I definitely have to visit in 2015!

At this point in time, the World cup was playing the final (yes, that is how delayed this blog post has been), so on the Saturday we watched Holland in the 3rd place playoff and then we watched Germany win in the final. It was a bizarre feeling as if Holland had made it to the final, the place would have been pumping, but nobody seemed interested in watching the football, as they were no doubt hurt by their team falling apart so close to the final. I casually reminded them they could do a lot worse, they could be English! 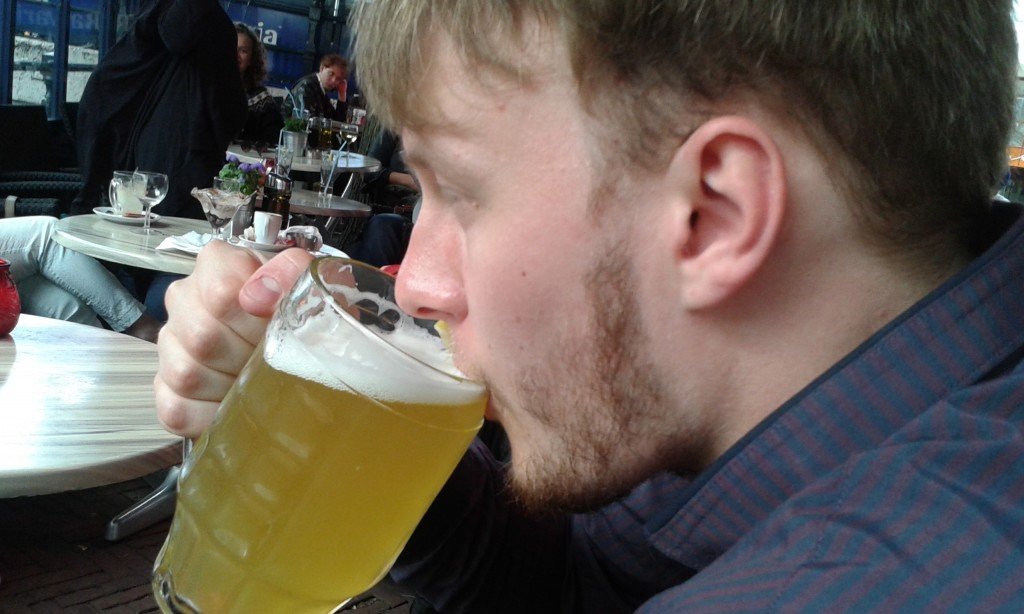 The clubs in Amsterdam are absolutely amazing, I seriously love them, plus we stayed out till about 6am, so there were no giving up nights, we went hard the entire team, even if my energy levels definitely dropped. I have to be honest, I don’t have the energy levels I once had, I was definitely ready for bed on the second night, but it didn’t stop me going all out and rinsing several bottles of prosecco. 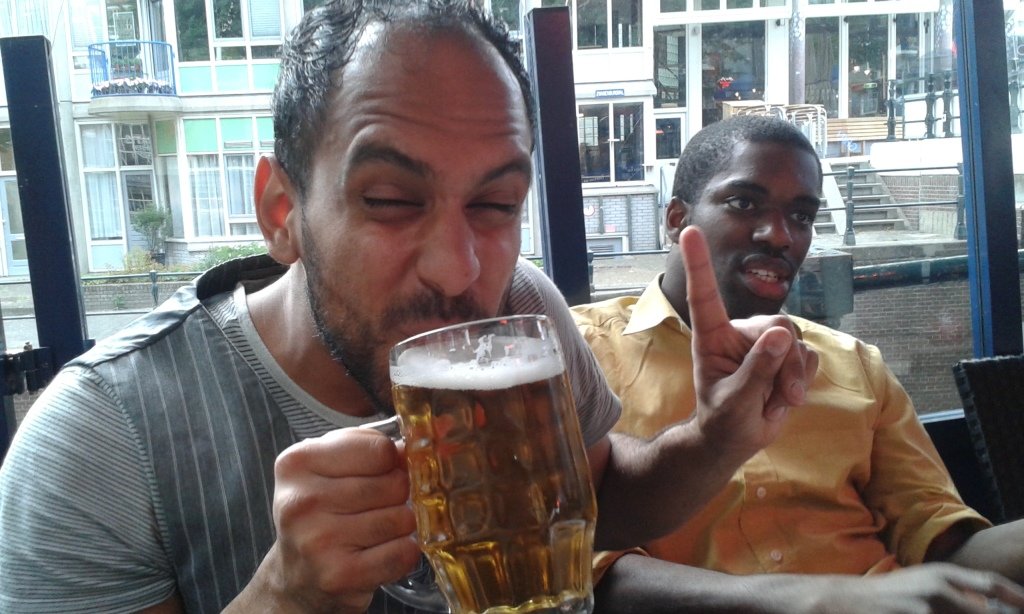 During the following day we went on a pedalo, we did this last time and it is definitely something to do to pass the time, but I don’t think you should be trying to ‘pass the time’ when on holiday, every moment should be priceless, but I think I’m getting too old for ‘lads holidays’.

Now here is what many people will sneakily admit to doing while visiting in Amsterdam, but what I probably shouldn’t be publishing, we gave magic mushrooms another go. Just like the first time, it was absolutely insane and I loved it. We bought them from one of the shops just off the Red District, with the big mushroom sign outside. We then went to Vondelpark, one of the most stunning parks I have ever been to. I’m gutted I didn’t take loads of pictures of the park, but I wasn’t exactly compos mentis, if you know what I mean.

We opened up the packs, with the option of six different types of mushrooms, our plan was to take a step up from the weakest, but to go for the second and third weakest. Well, we bought the second weakest, but we also accidentally bought the second strongest, oops! This definitely wasn’t something we were planning on, so we had no idea what to expect. To explain what I saw is so incredibly hard, all I can say is if you have done mushrooms (I should highlight, they are truffles) before then you might know what I mean. After 15 minutes of giggles and a truly surreal feeling, the grass turned into a wavy carpet, which sucked me in, leaving me staring off into space, with a fat smile on my face for about two hours. It was like watching the best movie ever, but nobody else could see it and you couldn’t put it into words, but it epitomised beauty.

Below is a quick video of us during the giggle period, where I was still capable of recording and completing full sentences:

One heads up, don’t plan anything else for that day, it always takes me a good 4-6 hours for it to where off, not exactly a quick hit.

Right, onto another topic, so I don’t sound like a proper druggy.

Below is a video of the club we were in, we ended up going here a couple of nights running, the alcohol was a lot cheaper here than anywhere else, while the dancefloor was pretty lively, but we were a bit nervous when dancing with girls whether they were actually hookers or not.