Picked up from the Ceylon Tea Bungalow we are staying in, Dilan arrived bright and early so we could set off for our first location in Ella, the Ravana Falls.

Driven by tuk-tuk, the falls are a 20 minute ride from the centre of Ella. They generally recommend going as soon as possible so you can avoid tourists, however we went during the school holidays meaning there were a few more people around than normal. Having said that, it doesn’t take anything away from the beautiful scenery, as most of it is high above.

Some opt to dip their toes into the water, but we admired from afar. Dilan talked through some stories of the falls and how they found their name. 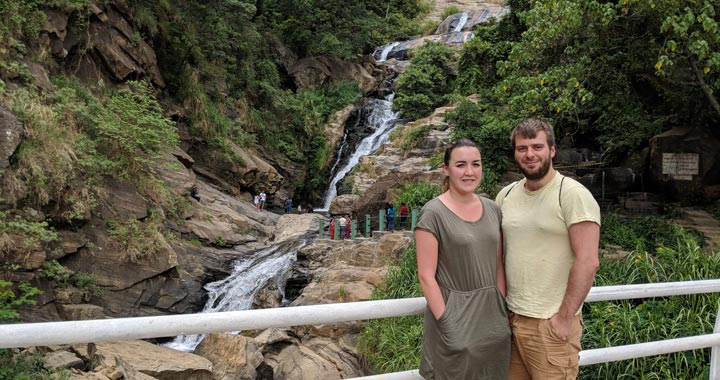 After we had our fill of photos, we headed on to visit a village, another 30-40 minute tuk-tuk ride away. The first stop was at the lakes, where many animals could be found, from giant lizards (not a clue what it was if I’m honest) to eagles in the sky. Storks were standing tall in the water, plucking fish for their lunch. There were water buffalos sipping at the water and a local came over to say there was a fox nearby but we didn’t manage to catch it.

The local villagers are incredibly sweet and they were as curious about us as we were about them.

Next we rode the  tuk-tuk a short journey to the local village, where we met the inhabitants of a hut as we learnt about their history and how they grow the crops surrounding the hut. You had everything from tomatoes and aubergines to tea and coconuts. 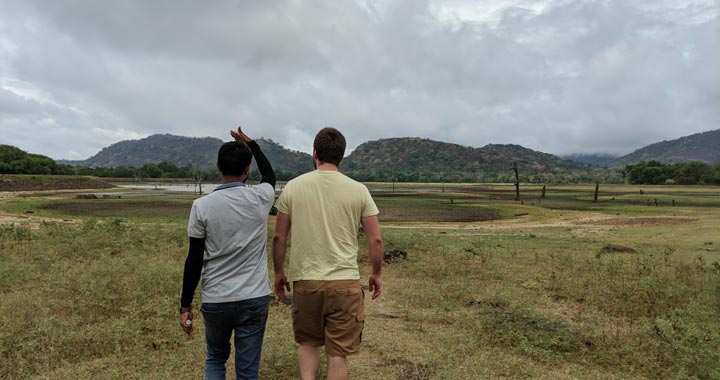 The mother brewed some traditional, locally grown tea, which was handed to us along with a sweet block of…well, something sweet, which you eat at the same time as drinking the tea. This did make for a sweet treat, but I actually enjoyed the tea without anyway. They were served in coconut cups, which they had carved themselves.

We then had a walk around the area, where we saw an ancient tree which looked like something out of a Tim Burton movie, with ropes dangling down like a scene from Tarzan. 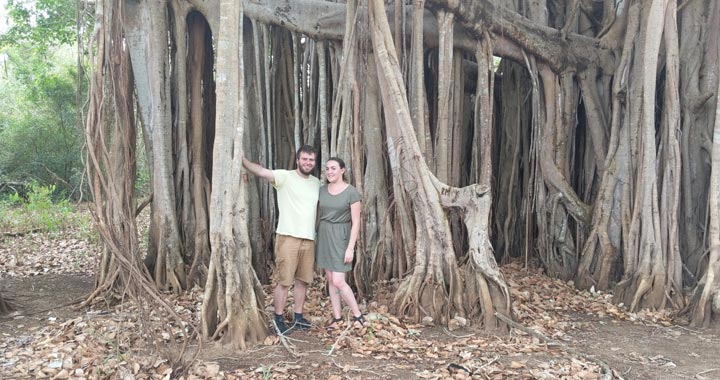 We also witnessed a number of animals, birds and bizarre creatures where ever we looked, as well as a family of monkeys passing in the trees above.

As we got back, we were asked to go to the aubergine plants to pick out 10 for the meal which was to be prepared. After plucking them off the plants, we then went inside the hut where a cooking area had been setup. We washed our hands before beginning the process of learning to cook a traditional Sri Lanka curry

Raquel took centre stage, as she begun cutting up all the ingredients, including aubergines, garlic, onion, chilli leaves, plenty of chillies and a few others. There was always a bit of extra pressure as they watch over your every move, but I think we came through ok with a new understanding of what ingredients and herbs are used in Sri Lankan cuisine in case we want to have a try back home. 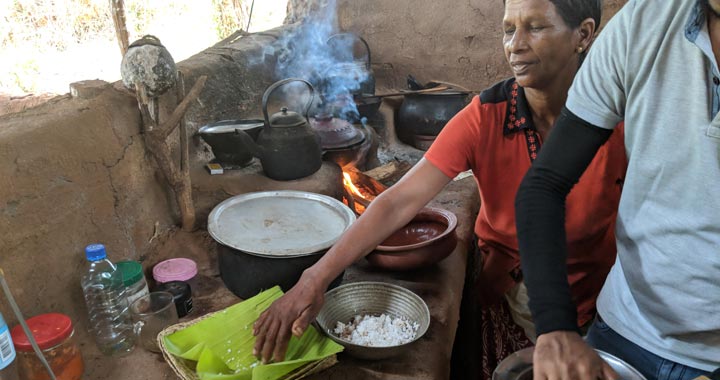 First the garlic was cooked on the pan for a couple of minutes, before the other ingredients were added.

As they don’t have coconut milk in the tin version, they have to make it from scratch. To do this, they made me carve out the insides of the coconut using a traditional chair with a sharp bit on the end to grind it against. The coconut was then mixed with water and sieved with out hands, till there was a white sauce at the end. This was added to the mix, as the smells started to fill the room. 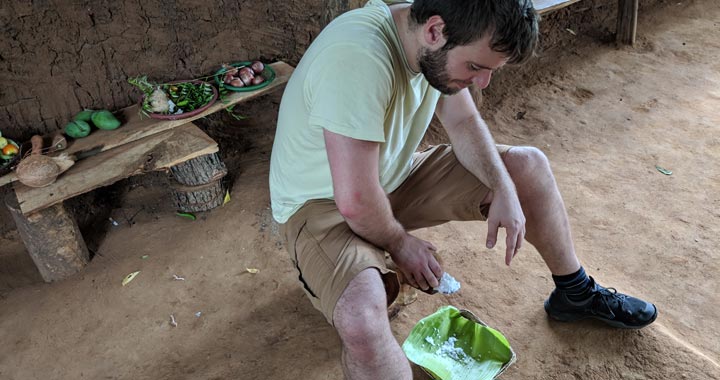 Eventually we tucked into the meal, where without our knowledge she had cooked multiple other dishes at the same time, as a feast was put on. Words cannot describe how tasty it was, while we also didn’t mind eating with our hands (hey, I probably prefer it that way). 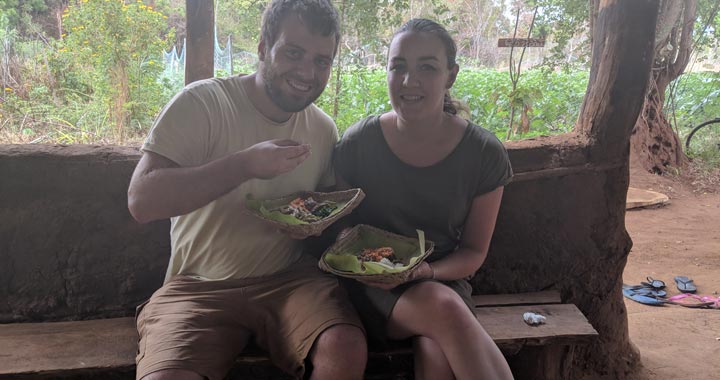 At the site there was a dog and 6 newly born puppies, which were the cutest thing we’d ever seen. I won’t lie, this was a huge appeal to us, considering we want to buy a dog currently. We spent the best part of 30 minutes stroking the pups and helping them to eat. 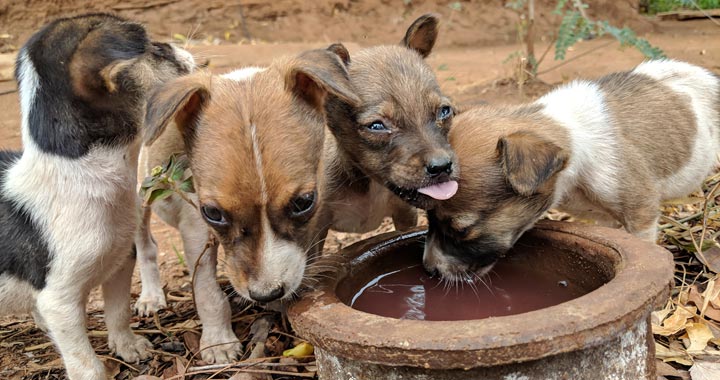 It would be interesting to see photos and videos from other people who visit in the future to see the dogs as they grow up. The temptation to run away with them all was extreme!!

We eventually said our goodbye’s and gave a bit of money to them to say thank you (we gave 1,000 rupees – £5, but not sure how much you should do, most do it when they visit apparently).

After all of our ventures on the Ella Tour, it was time to head back and to say goodbye to our legendary guide.