Following six years of living in Brighton, including 3 years at University, I feel pretty comfortable in reviewing all the different clubs. They do however change ownership fairly regularly, so you are welcome to add your opinion to the matter! I have also written a guide on what to do in Brighton, which might be worth reading if you are visiting any time soon.

The most well known area (unfortunately) is West Street, which is invaded by chavs on the weekend; often best to miss. This road is well known for its clubs due to the fact that it is a straight road from the station to the beach, making it an easy place to find if you aren’t sure where you’re heading.

The main club on this road is Pryzm, which holds a good night on Wednesdays, which is the student’s sports and societies night, however the rest of the week are nights you would rather forget!

Across the road from Pryzm is Walkabout, a surprisingly good club for West Street, albeit the food is probably worth skipping. Walkabout sometimes has decent drink prices, however expect them to spike on a Saturday.

If you go to the road parallel to West Street, behind Wahoo, you will find a very cheap bar which offers jaggerbombs for about £1.50. This place is a great stop off on your way to the club.

On West street, you can also find some decent pre-drink places (I base this on low cost drinks, not high quality bars) such as Wetherspoons or Pop World.

There is also a Wetherspoons on North Street, however the tables are almost always completely taken, while the audience is a little older.

Further up the street is Molly Malones, an Irish tavern which charges a pretty penny for a pint, but they offer a music venue and a great atmosphere.

The Zahara bar has every shot under the sun, while they also have a spin the wheel shots, so your drink can be picked by random. This isn’t a great bar for a pint however, so for a larger drink I would definitely head to Wetherspoons. 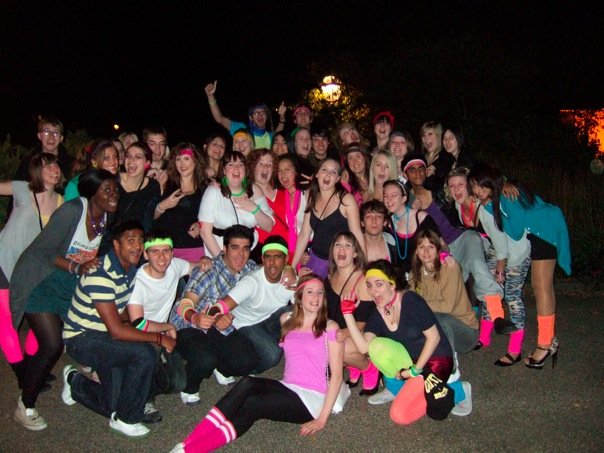 Along West Street you will find the ghost of clubbing past with a building which has been closed for almost a decade, formerly Tru and Headcandy.

Revolution is a nationwide bar which most people will have visited at some point, so you know what to expect. They have multiple floors, as well as a beer garden where you can Shisha. 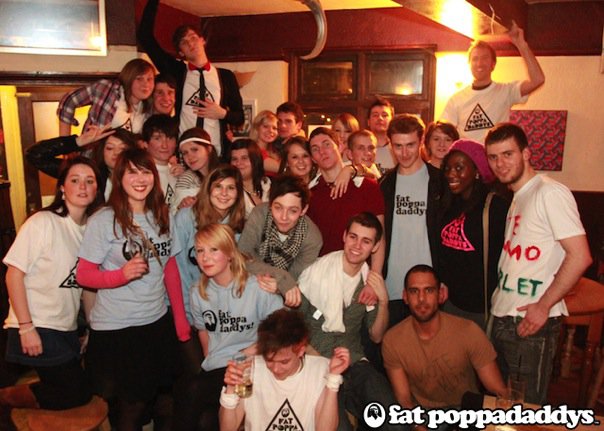 As you get to the beach, you will find a large amount of clubs across the sea front. The best one hands down is Coalition, playing a mix of music depending on what night you visit.

The drink prices are great through the week, but just like everywhere else, they spike up considerably on the weekend. However, if you are a visitor from London, the prices will still seem amazingly cheap.

With all the clubs, you can find a guest list on Facebook to get cheap entry and queue jump, so I would definitely recommend looking beforehand. 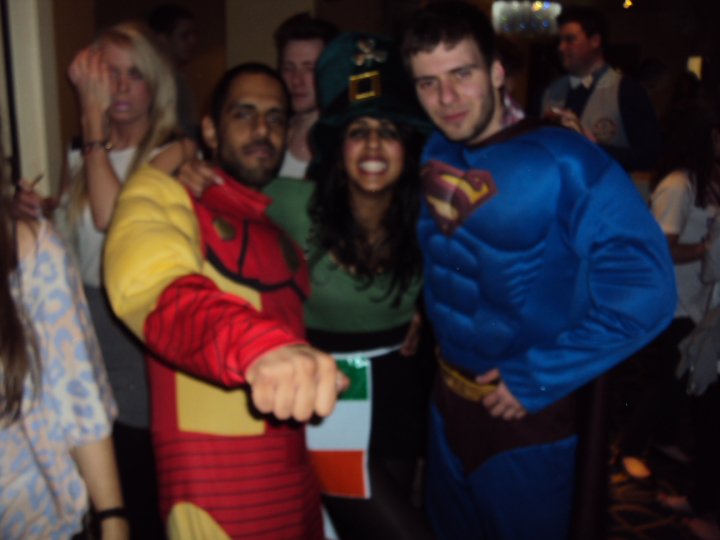 Very close to Coalition you have the Arch, a club which has become synonymous with Brighton nightlife. The sound is set way too high in the Arch (not being an old man, I swear), but they do have an amazing deal where drinks start at £1 before midnight (I think this is on Friday nights).

Overall, I probably wouldn’t recommend Arch as it is one of those clubs where you have an average, easy to forget night. Friday night is generally indie/rock music, however you can sometimes see big bands playing here on certain nights.

If you love DnB and Dubstep, it would definitely be worth going to whichever club is hosting hospitality, a night dedicated to this kind of music. 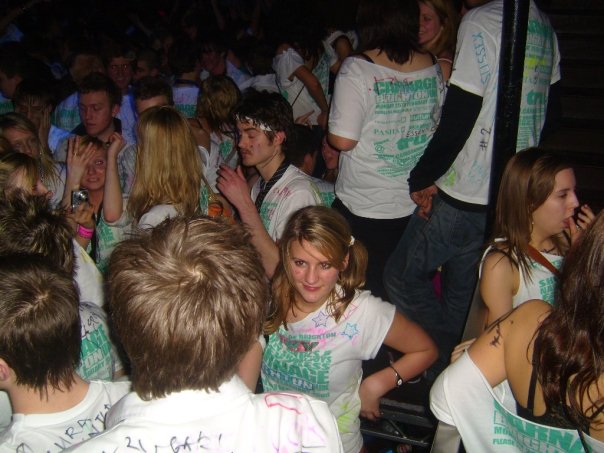 Right next to both Coalition and Arch is the bar Tempest Inn, a bar which is popular through the day as it has outside seating and is popular for tourists looking for a seafront pint. 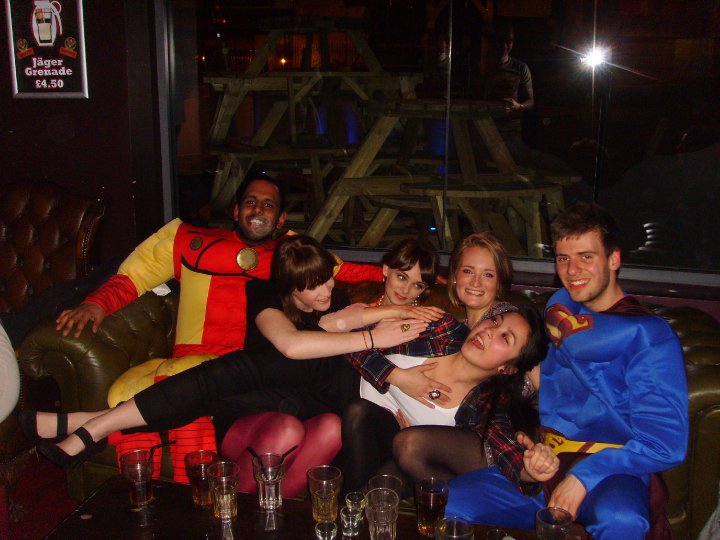 If you head further along the sea front towards Brighton Pier, you will come across Shooshh (formerly known as Honeyclub). 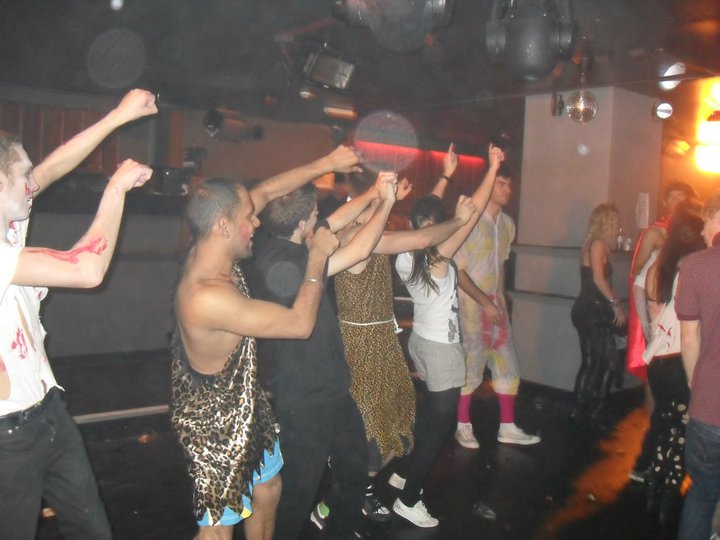 Shooshh used to have two main highlights, the £1 drinks all night they used to have on Thursdays and the epic songs they played all night (i’m a drum n bass / dubstep lover so this fitted perfectly with me), however this club has increased its drink prices.

It does however have a strong reputation as it stays open till the very early hours, often open until 6am on the weekends (not that I can make it till this hour without getting too tired).

If you carry along this path you get to the Volts, however this is pretty much drug central, so unless it’s 3am, you’re incredibly hyper and have nowhere to go, I would probably avoid this place. 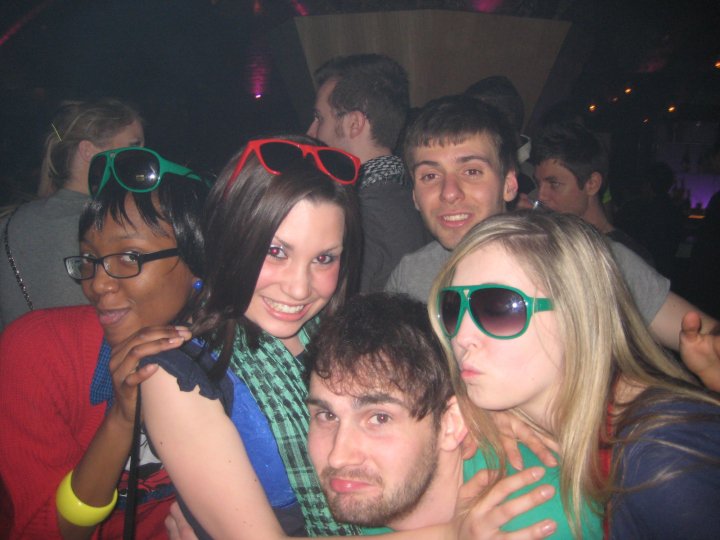 The final club along this way is Concorde II, which hosts a number of live music events. Predominantly playing drum and bass / Dubstep music, it has also hosted a number of rock artists.

Be prepared for a fair walk along the beach to get to Concorde however as this always surprises us every time we have contemplated going there. If you would like to go to Concorde 2, I would check online first to see who is playing there, as you might not be allowed entry without a ticket, or it could be very pricey if someone famous is playing. 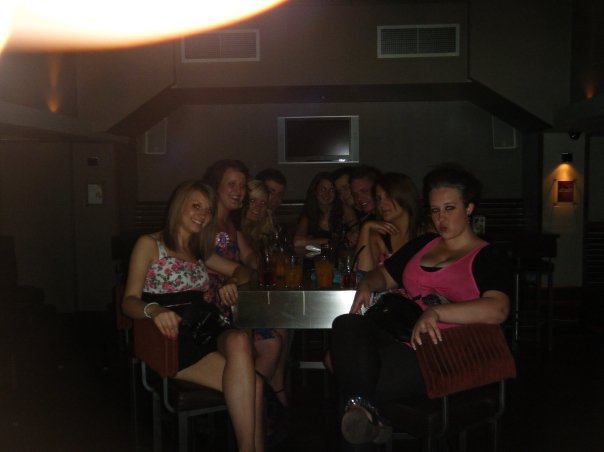 In between Old Steine and the Pier, you will find Revenge, a gay bar which is great fun whether you are gay, bi or straight. Speaking as a straight person, the people are friendly, there is a great atmosphere and you can sing along to some cheesy classics. Pretty much every night of the week you can find drink deals, while there is also a cheap bar right next door. 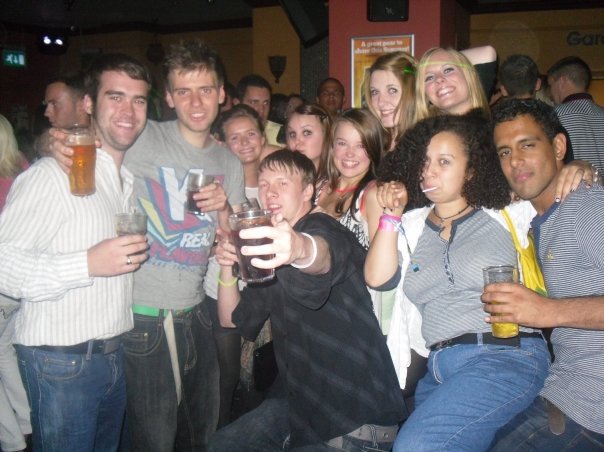 On the other side of the pier, you will spot Patterns, which is absolutely amazing on Wednesday nights. This club does have a reputation for being empty on certain nights, so make sure it is going to be busy if you plan on going Patterns.

Remember, if you are in fancy dress, most clubs accept this however Patterns will turn you away at the door. This has left us frustrated many a time, as our group has a tendency for wearing costumes.

It is a rarity to find a club in Brighton turning you away for fancy dress, so I wouldn’t worry about this for anywhere else. 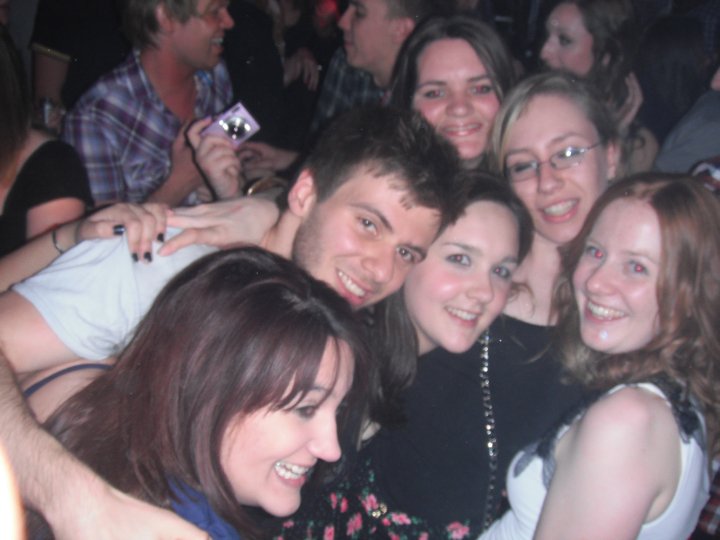 You will always find people in No 32, one of the most popular bars in Brighton. This is a great venue, however the prices are very steep. The venue often hosts office Christmas parties if you visit during the festive period. 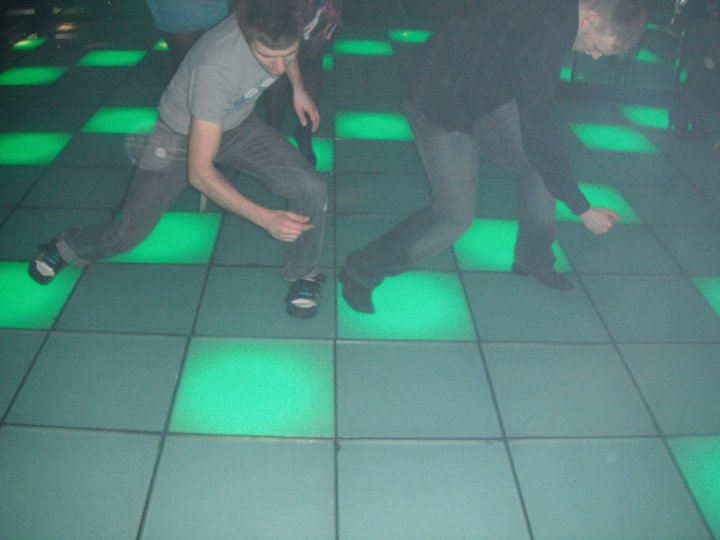 Near to No 32 is Seven Stars, a great pub to pre-drink in, with plenty of seating going quite far back. They also serve Blue Moon, my favourite pint! 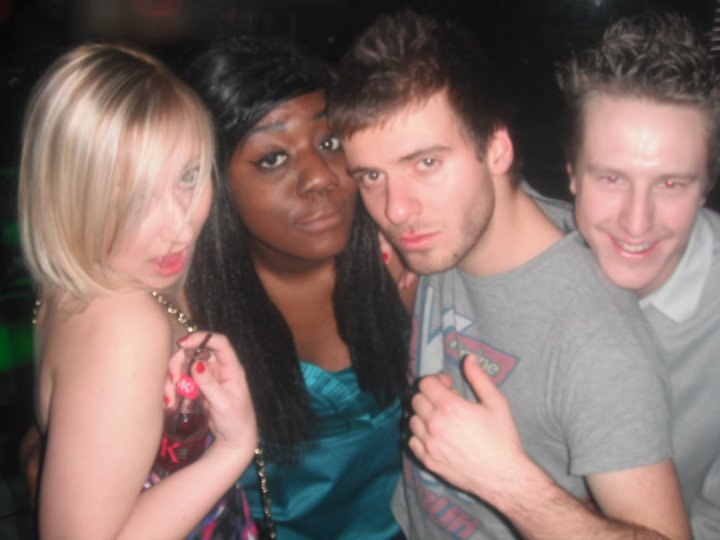 In the Lanes you can find (hopefully, it normally takes people a while to find it) a cocktail bar called the Font. The cheap night has changed since I was last there, however back in the day it was incredibly cheap on a Tuesday. Find out beforehand on Facebook what the best deals are and head down there for a great laugh.

The Font is also great if you want to watch football, airing most big games either on the projector screen or on the numerous TV’s around the building. 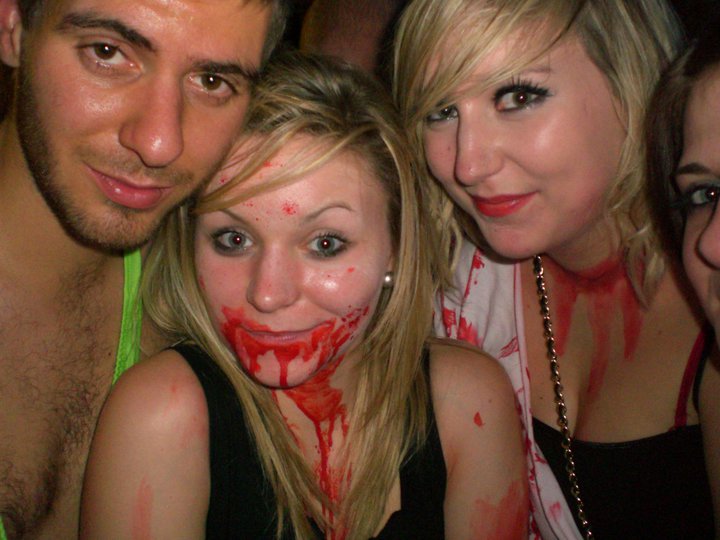 As you leave the lanes and begin to get closer to the beach once again, you can find a few bars and clubs close by to each other, such as Pitcher and Piano and Zahara nightclub.

Pitcher and Piano is a great place for a pre-drink if you are in a big group or if you like cocktails. This cocktail bar normally has a buy one get one free offer going on, however if you’re a pint drinker, prepare to be disappointed.

Close by is Zahara, a very popular club which you will want to get to early so you can skip the long queue. 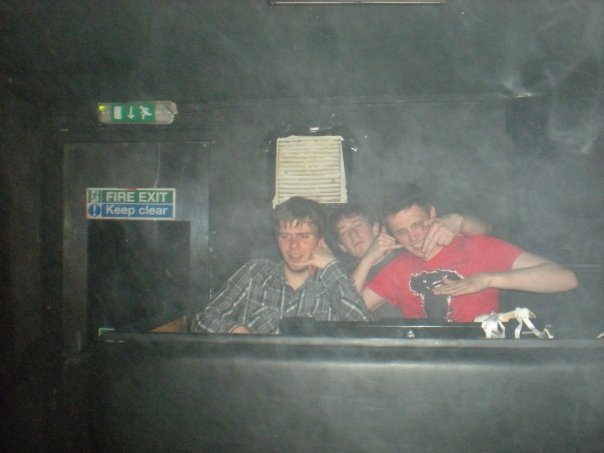 For people trying to get off the main streets, some others you can try are Funky Fish and the Green Door. 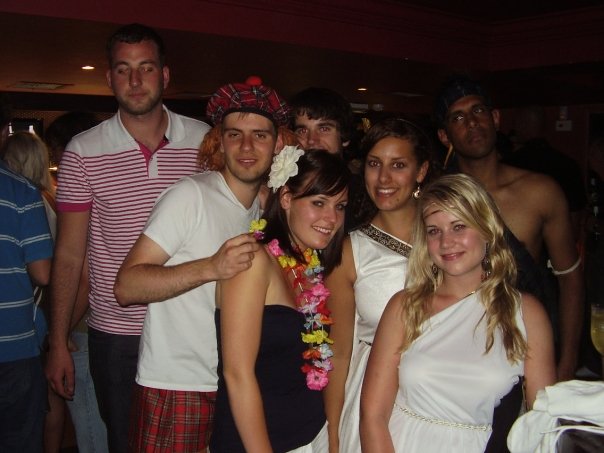 Funky Fish is a club on the seafront, on the other side of the Pier. It generally gathers an older audience, feeling like a wedding party, but in a surprisingly great cheesy way.

The Green Door is dead close to the station, very much resembling a wedding party as well, it is not to everyone’s taste. The Green Door can be hilarious providing you have a few shots in you by the time you arrive. 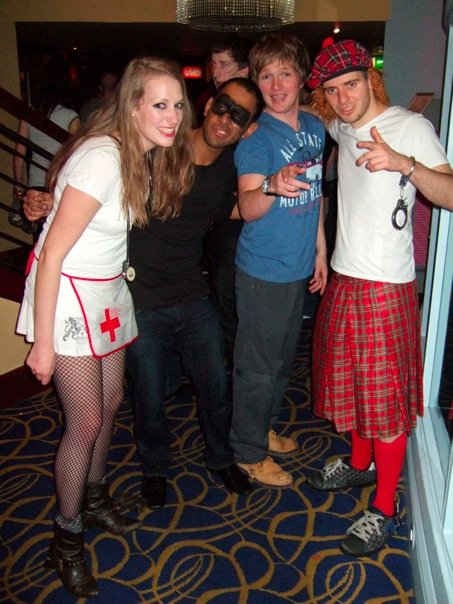 I was going to include a number of pubs, however considering there are more pubs than days in a year, I  thought it would be best to leave it for a new post. Let me know if I have left out any clubs and I will certainly add them to this post.