Spain is the home to Tapas, beautiful beaches, unbelievable nightlife and an incredibly diverse culture, however we often forget about the diverse Spanish wildlife. There is in fact a vast array of animals to be found throughout Spain. You can also find a guide for what to do in Spain here if you’re planning a trip soon.

Much like the Animals in Italy, the brown bear is an animal that used to be prominent in the area, however the numbers have dwindled significantly. The amount of brown bears in Spain 100 years ago was approximately 1,000, while now there is believed to be only 100. If you’re hoping to spot a brown bear, you can find most of them in the Cantabria National Park.

The Spanish Lynx is a beautiful creature which is listed as an endangered species, however their figures have now trebled over the past 10 years, much to everyone’s relief. You can normally find these creatures in Sierra Morena in Andalusia or in the Donana National Park. They are pretty shy so you will be lucky to spot one up close if you visit the national park.

One of the animals you are more likely to spot is the quite amusing Long Haired Mountain Goat as there are believed to be approximately 20,000. Of course, you will find the goats up in the mountains, therefore if you’re heading for a beach holiday you might find yourself disappointed and lacking in goat joy, if there is such a thing.

The Iberian Wolf is another which has increased their numbers recently, due to close monitoring and protection. You are most likely to see a wolf in either Asturias, Castilla-Leon or Galicia, as these are some of the last remaining areas in Europe that you can find the wolf.

There are only two animals in Spain on the critically endangered list, one of which is the Mediterranean Monk Seal, which were heavily hunted for their skin. Offering a ‘best place to spot’ is difficult as there are only 500 left worldwide, however if you are along the coast and notice a seal with brown skin, then get excited!

Staying water based, one beautiful sea creature you might spot is the pilot whale, which can reach up to an astonishing 22 foot (don’t worry, most are half this size).

Random story, a few pilot whales were beached in Miami, so I spent an entire evening holding the whale up so it wouldn’t drown every time it breathed. It was one of my best memories of my trip to the USA.

As long as they’re not in captivity, a pilot whale should live around 50 years. 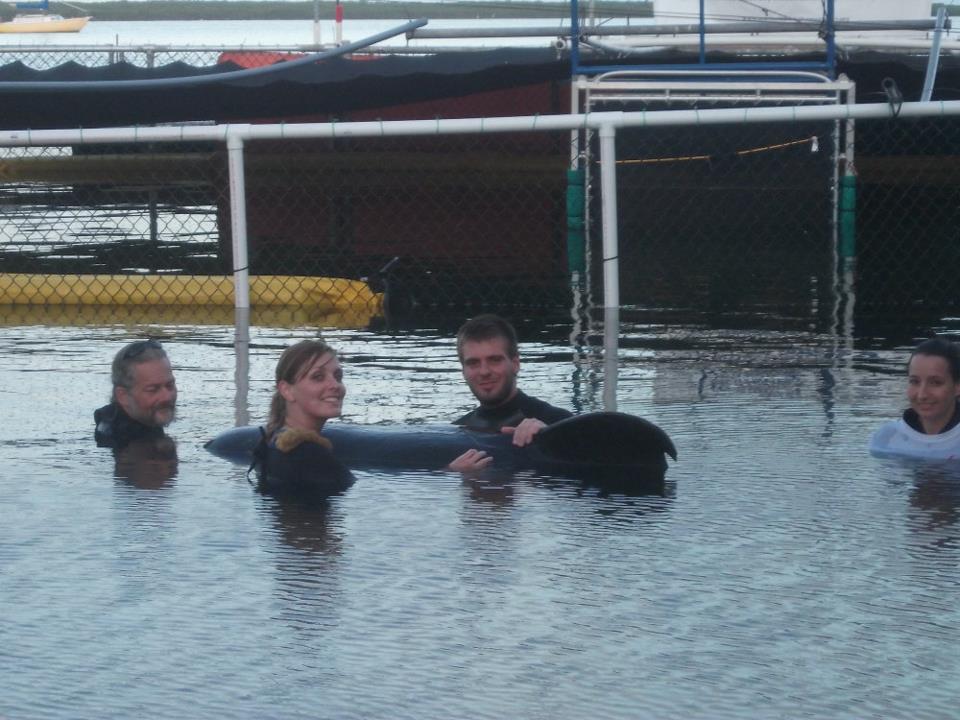 Bird watching doesn’t really do anything for me, however Spain is one of the most popular area for grabbing those binoculars and looking into the sky. There are about 20 different species of birds of prey, with many indigenous to the country. The Spanish Black Vulture is the largest bird of prey indigenous to Europe, while there are believed to be more than 400 in Spain. You might also be lucky enough to spot a Golden Eagle flying above you. The best place in Spain for bird watching is the national park in Monfrague, which is now a UNESCO Biosphere reserve. Monfrague is also perfect for people hoping to spot animals on the land as well, as wild boars, reptiles, Iberian Lynx, Deer, wild cats, otters, insects and arachnids can be seen.

The next animal falls more into the cute bracket, being the common genet, which has retractable claws to help it climb trees.

Their mane will expand when they feel threatened to make themselves look bigger. The sounds they make are very noticeable, while these kitten like creates are actually carnivores, eating birds predominantly.

Next up we have the Eurasian Beaver, one of the biggest rodents in the world. Incredibly cute looking, these animals live around 7-8 years on average, but some have been known to live up to 25 years.

They were once present in Great Britain, before becoming extinct (sadly), albeit there are plans to reintroduce them. They will commonly be found in floodplains and river valleys, anywhere where there is year round access to running water.

Both the Spanish lynx and Iberian wolf are threats to the beaver, as well as humans taking over the area or hunting them for their fur.

So now a common question I’ve been asked since I first wrote this article a decade ago, are there poisonous animals in Spain. Unfortunately the answer is yes, but they’re not very common.

One of them is the Latastei Vipera, a small to medium sized snake which is venomous but now considered endangered. The venom they produce is known to have necrotic effects, while they have a beautiful pattern on their skin.

Another you will find is the Asp viper, which has long hollow fangs. These are much more common, while its head is triangular in shape. Found throughout Southwestern Europe, it’s also sometimes called the aspic viper.

The Seoane’s viper is another dangerous snake you will find in Spain, normally in the Northwest region. They can also be found in Portugal and France.

Measuring at around 20 inches at full length, the Seoane’s viper is most commonly spotted on mountains, so be careful of exposed legs if heading on a hike.