In 1579, less than 40 years after the Spanish arrived in the city of Arequipa, the Santa Catalina De Siena convent was founded. Known in English as the monastery of Santa Catalina, this impressive structure took me by surprise at just how large it is. However, here is the bad point: it was rated on tripadvisor as the number one thing to do in Arequipa and the cost is 35 soles, however I found it to be average, maybe even boring, while I feel the cost should be closer to 10 soles.

I will try to illustrate exactly what you will find in the monastery while visiting Arequipa.

The buildings of the monastery date back from the XVI to the XIX century. Evolution has been marked by seismic movements which shake the regions periodical additions, reconstructions and modifications.

From here, the nuns communicated with the outside world. Communication was made from behind double wooden bars. There was a semi-penumbra for the filtration of light through a type of alabastar called ‘Huamanga Stone’.

In this room, the nuns received important visitors, with previous authorisation from the arch bishop. You can actually observe the antique labour of the nuns and a group of images from the XVIII century which represent the last supper. 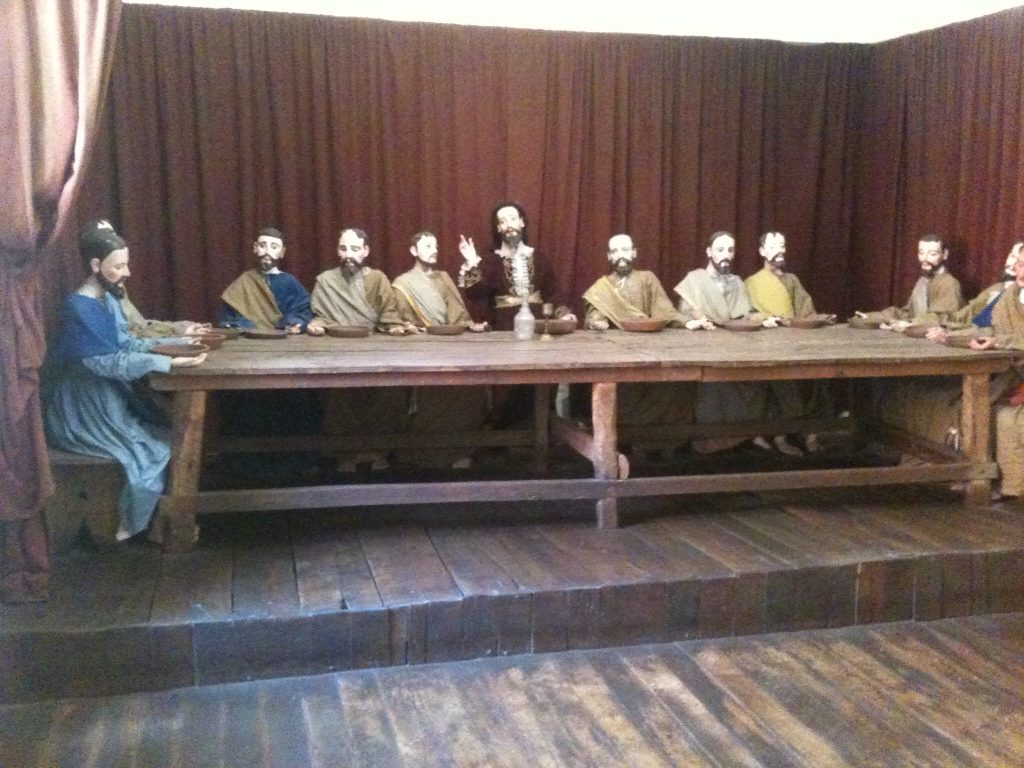 In order to provide a musical background at Saint Catherine’s convent, a selection has been made from music that was performed in the viceroyalty of Peru in the 16th, 17th and 18th century.

The 16th century music is of Renaissance style, employing polyphony, usually with three to six voices and no instrumental accompaniment. Within this category there are works composed by Giovanni da Palestrina of Rome, Christobal De Morales, Tomas Luis de Victoria and Francisco Guerrero from Spain. Their music was imported from Spain in the 16th century, when the viceroyalty was still undergoing a process of establishment. 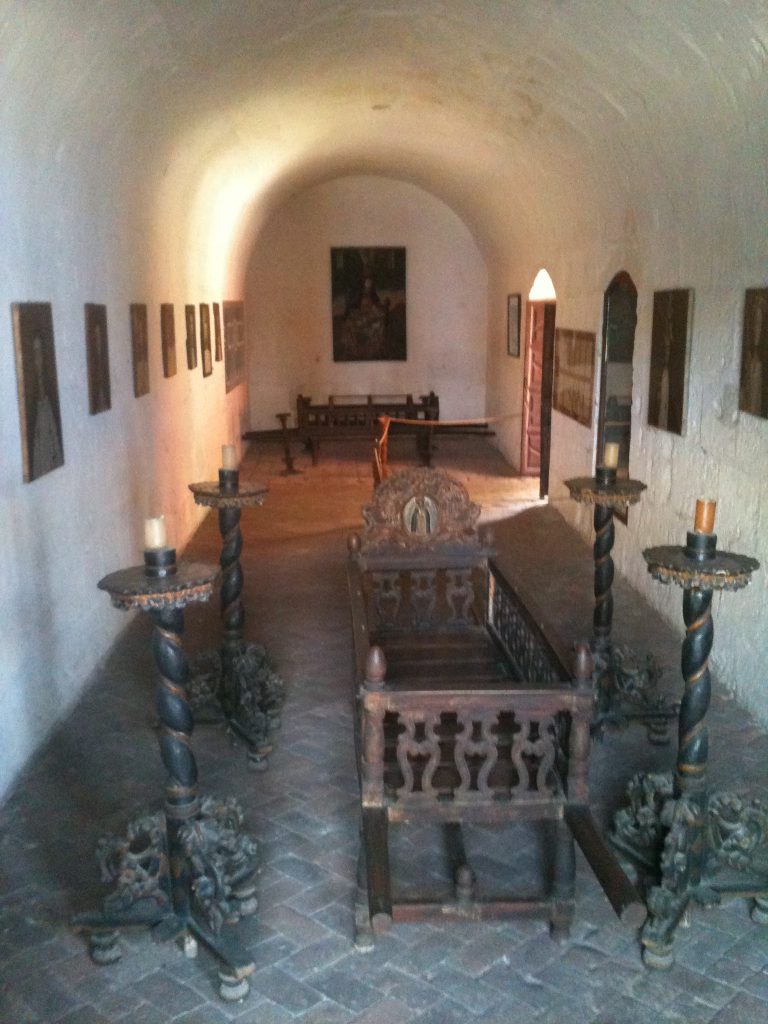 This was the place destined for wakes. It’s name comes from Psalms 130: “From the depths I will call for you. Oh yave!” The thirteen images of nuns which had passed on to the afterlife and painted afterwards hang upon the lateral walls and represent nuns who lived in the monastery between 1691 and 1884. 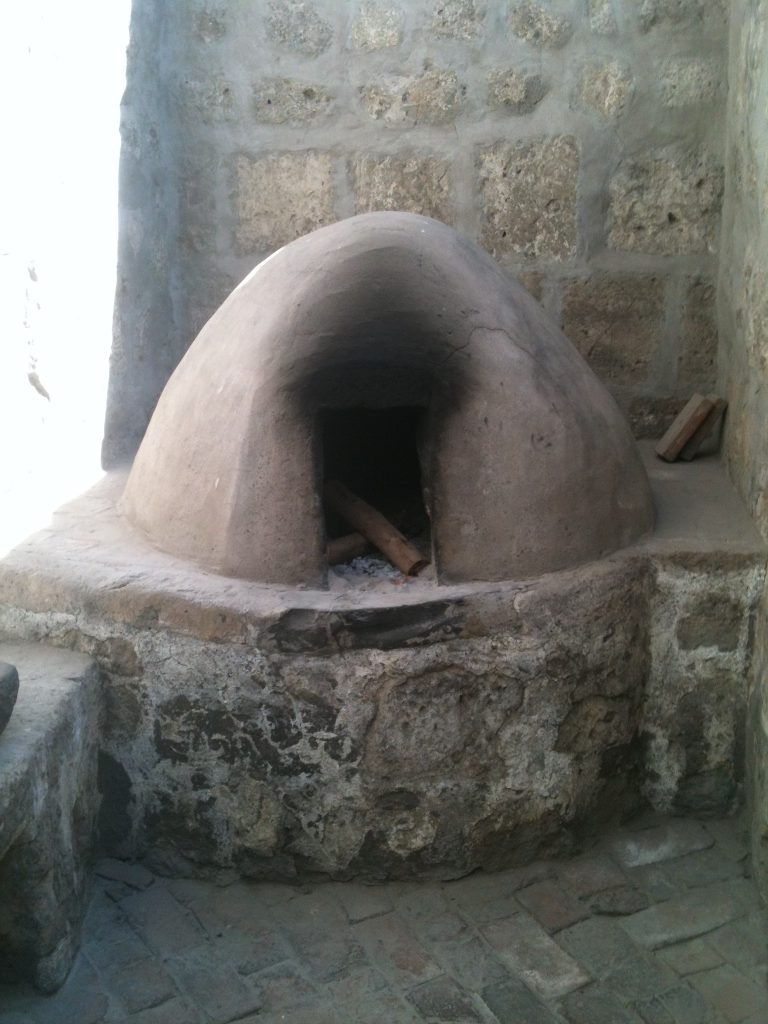 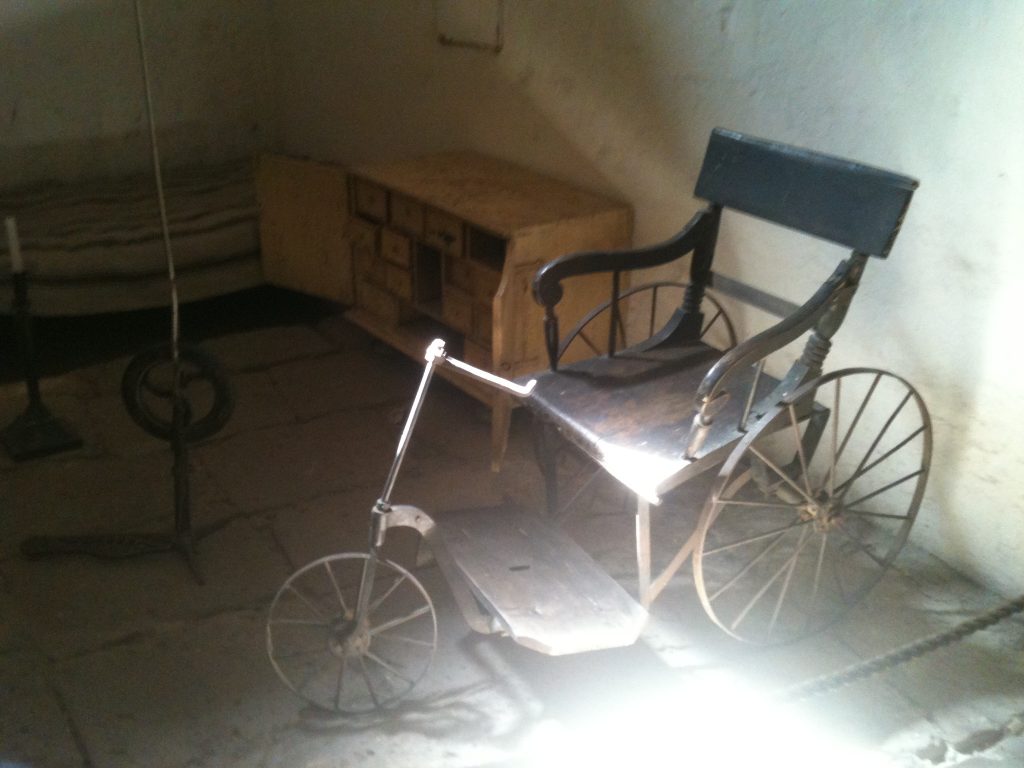 The wafer is a small, thin, round piece of unleavened bread which is consecrated during the celebration of mass and becomes the body of Christ which was offered in sacrifice to amend for our sins. In the centre are the initials JHS, which stands for Jesus hominum salvator, Jesus saviour of man. 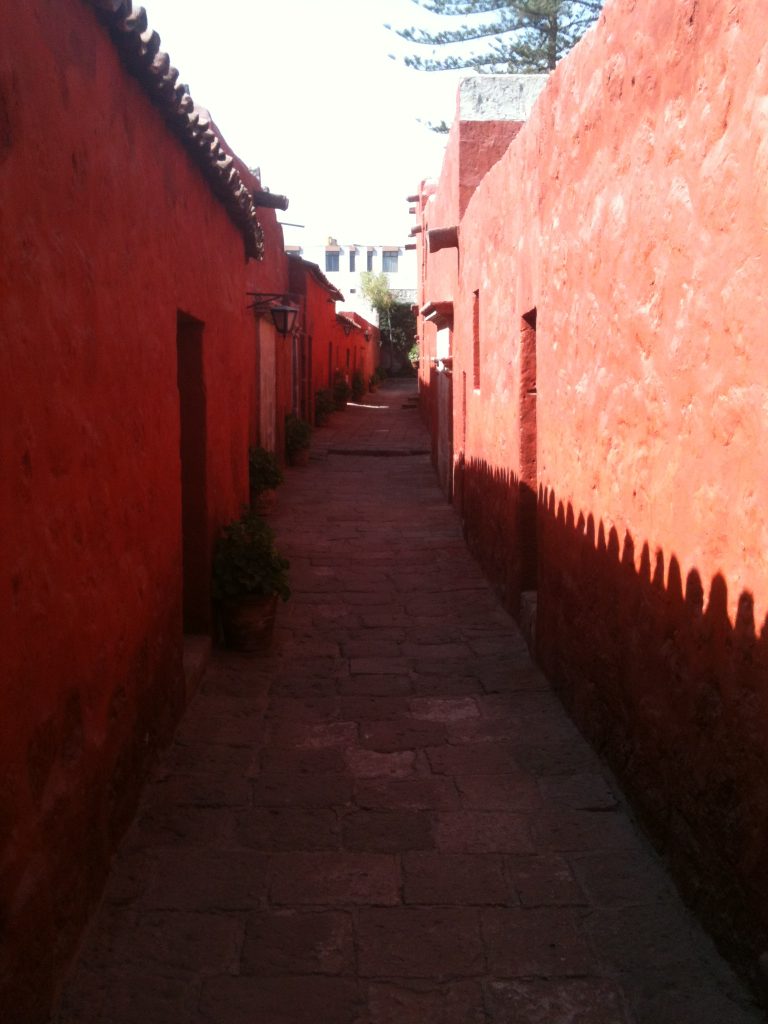 This cell features a pitched roof. In this cell, we can see the beams and a knot, which support a woven rush mat made with reed and on top of it are the roof tiles. Next to it, the room has a vault as a cover. In the complex, small windows, with wider outer edges to collect light, were the architectonic solution used to light the rooms, despite the use of lunettes. 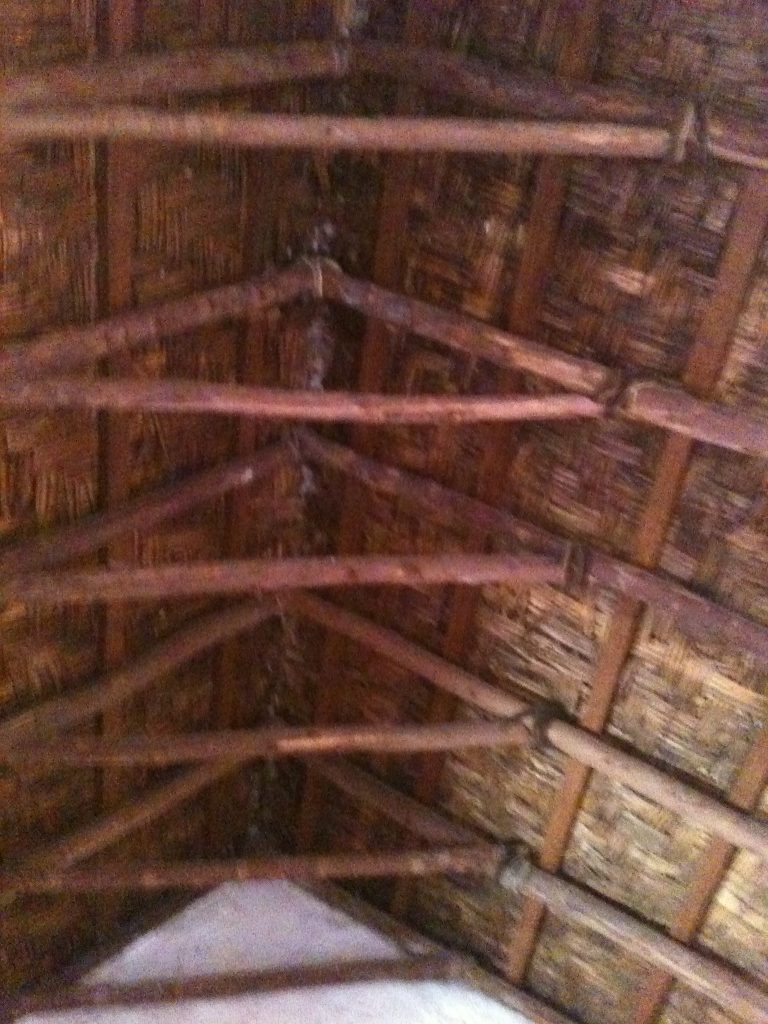 This cell features a vault, which has been repaired, keeping its characteristics as a corner vault. Its spaciousness, natural lighting and ventilation allow us to imagine the existence within the monastery, of the first free school where poor girls of the city were instructed. This school dates back to the first years of the republic. The christian doctrine, music, house chores and calculus were taught. 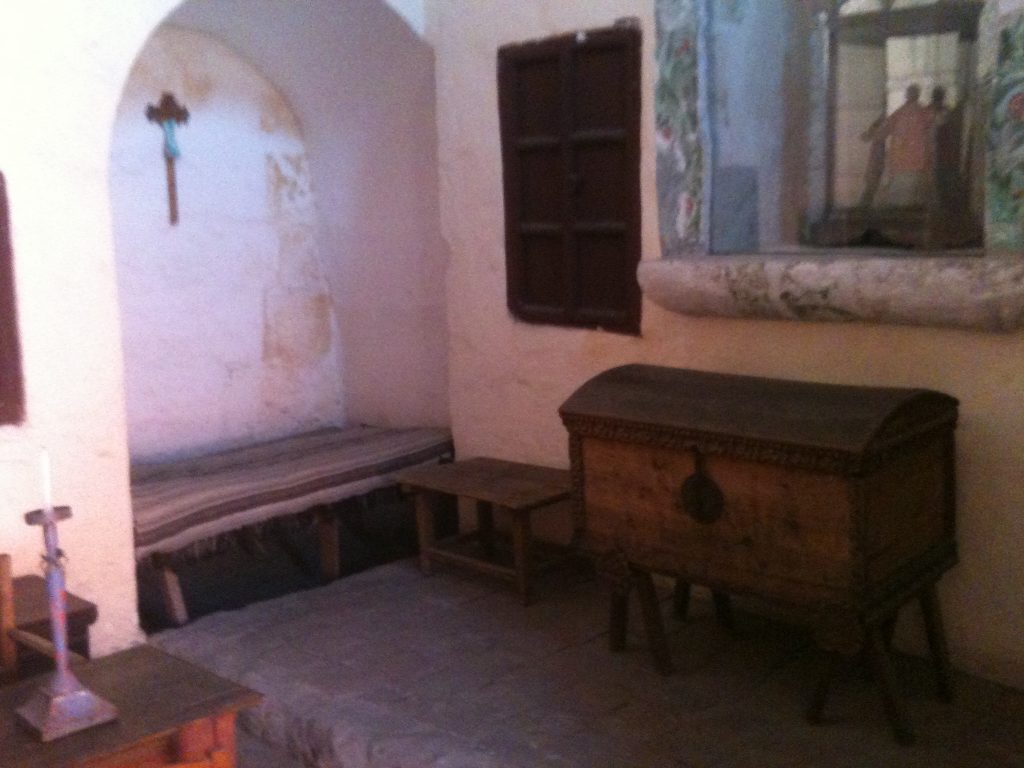 This cell features the iron cross which has an ornamental motif, a Greek amphora surrounded by 2 snakes with a triangle at the top with a face with closed eyes, following the style of the Cadeceus or the Aesculapius wand. The truncated stairs of the back patio leads to the second floor, however very little remains. 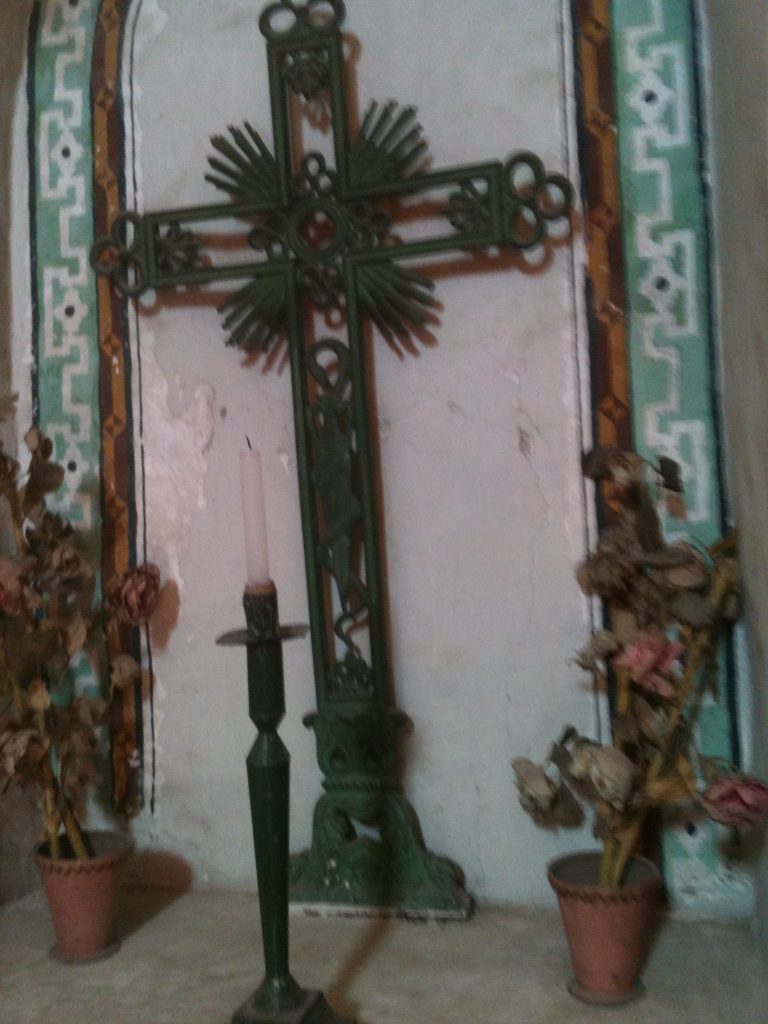 Here, the nuns who lived in  the monastery between 1827 and 1969 are buried. Even today, when a nun dies, the body is buried in a crypt situated within the cemetery. 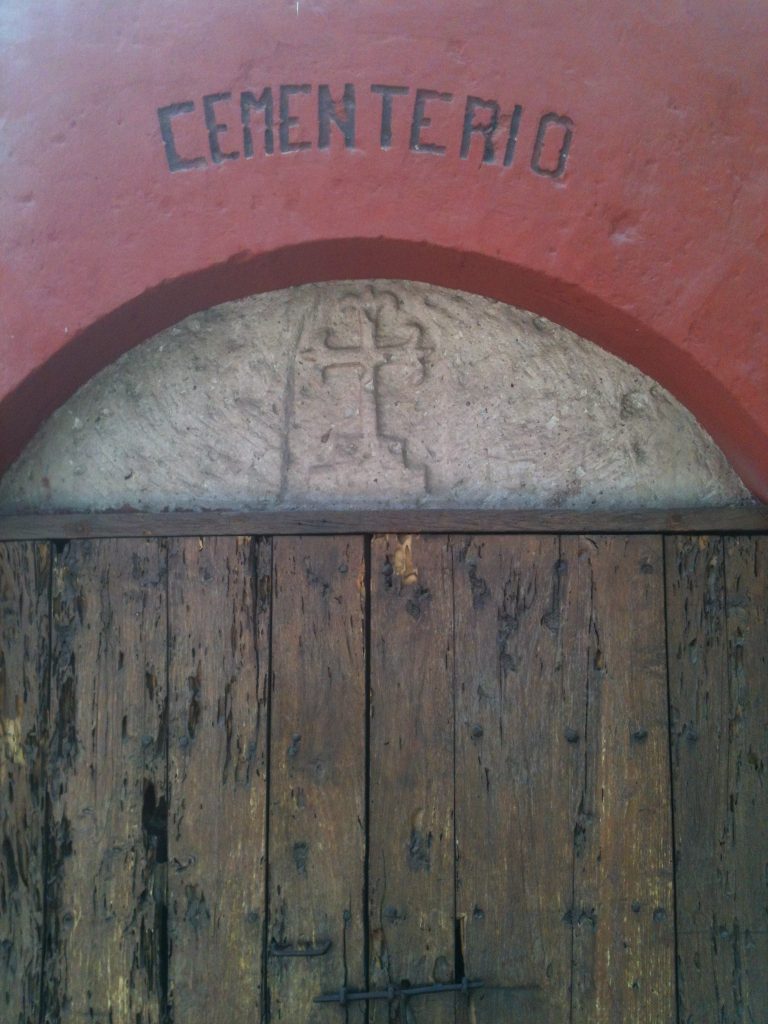 The jars outside also looked pretty cool, probably not the best description but I liked them: 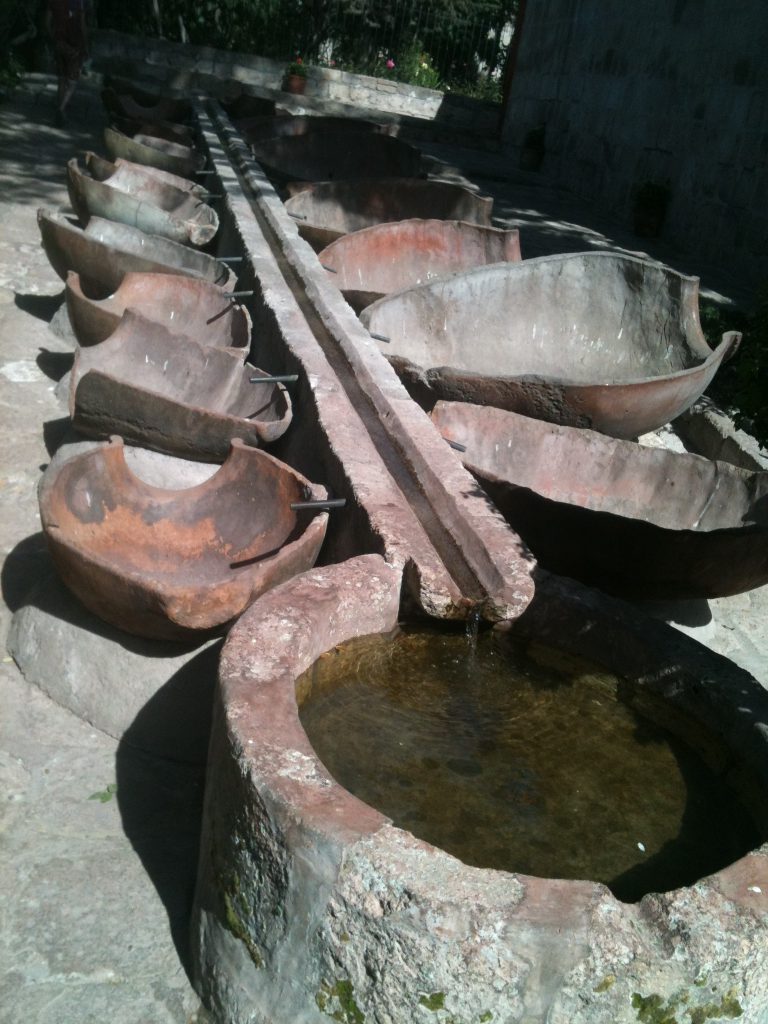 You also got the opportunity to climb up some stairs near a fountain, where you will get a view of the entire city of Arequipa. I would strongly suggest going up there, however be careful with the steps as they are a bit steep for elderly or young children. 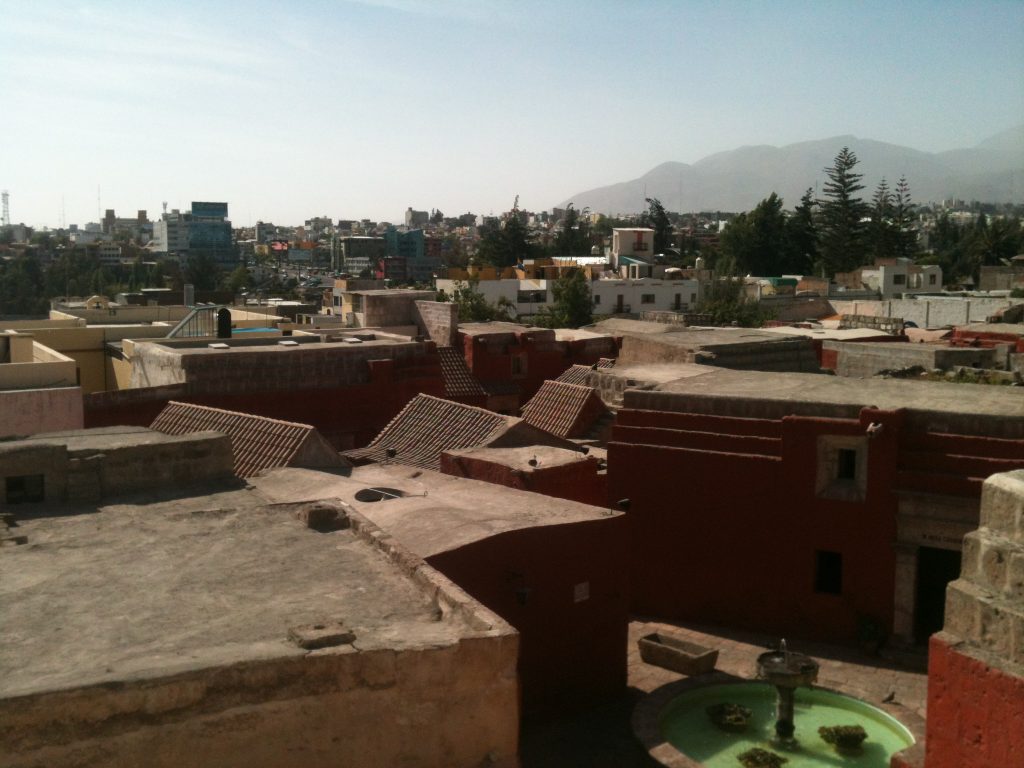 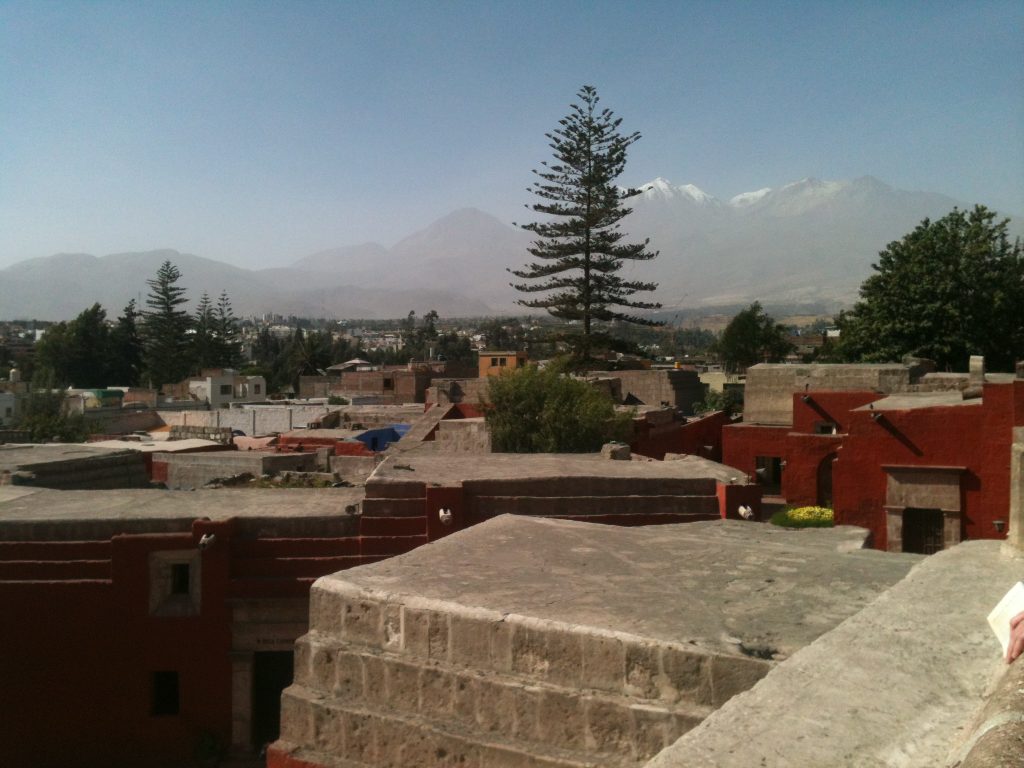