I’m not going to lie, I’ve had some good fun travelling round the world, trying out every local alcoholic delicacy I can find. From the scrumptious cocktails to the down right dirty shots, I have labelled some of the most interesting drinks I have drunk while travelling.

This was the number one drink in Peru, while they have a similar version in Bolivia and Chile, however Peru is the real home to the Pisco Sour. The main ingredients are pisco, some kind of syrup, lime juice, an egg white and a little bit of Angostura bitter on the top. The egg sounds offputting for a lot of people, but give it a try before you knock it as it actually tastes amazing. Besides, you can make the excuse that you are being good to yourself and adding more protein to your diet. The taste is quite bitter, but really hooks you in and grows on you over time.

If you have ever had the chocolate Roses strawberry dreams, imagine an alcoholic version! Or for people outside of the UK, imagine a strawberry flavoured creamy alcoholic drink, similar to Baileys. The taste was one of the best things I had ever tried, but when everyone tried it there was a complete agreement amongst everyone, which I’m not used to seeing. It got a resounding 10 out of 10 from everyone.

This is what locals in South America called it, but I couldn’t honestly say what the alcohol actually is. To see a snake floating in your drink was completely surreal, but definitely made me feel like I was ‘ticking something off’. I have heard of this also being drunk in Thailand, however I’ve heard all kinds of things going on in Bangkok so that doesn’t really surprise me. 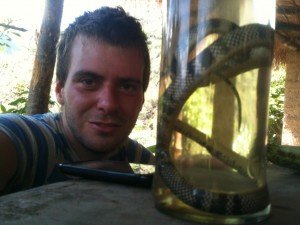 This is now one you can drink all over the world, but this drink originates from Jamaica and seriously nothing compares to a Captain Morgans spiced and coke. I drank this while abroad and had never heard of it before, but returned home to find it was hugely popular and many were already drinking it. Feeling a bit late to the game, this is now a must have for my Friday nights.

Jagermeister is another drink which is growing exponentially and is becoming a house hold name in many different countries, including the UK, however I first drank it while on a holiday in Germany. Groups around me shouted out “X,X,X”, which apparently meant down it in one. I’m never one to say no, so we mixed several shot glasses of Jagermeister with glasses of energy drinks and necked them back till the room went blurry. 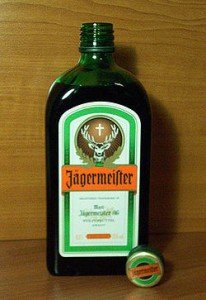