I realised recently that I never made a blog post about abseiling down Guy’s hospital, so no time like the present!

My friend Seb actually called me up to let me know he was going to go abseiling, set up through his work, and wondered whether I would be interested in joining. I’m never one to say no to anything, so jumped at the chance and forked up the £50 upfront payment. Unfortunately I was also completely oblivious to what abseiling was and then asked Seb how we would train and would we be practicing down Brighton Beach. Once Seb finished laughing he explained to me exactly what abseiling is. I should mention I have a gigantic fear of heights, therefore the moment I realised what I had agreed to, a little tingling feeling of regret suddenly came over me.

I managed to gather funds which were put towards the Lily Foundation, thanks to some absolutely amazing friends and family. 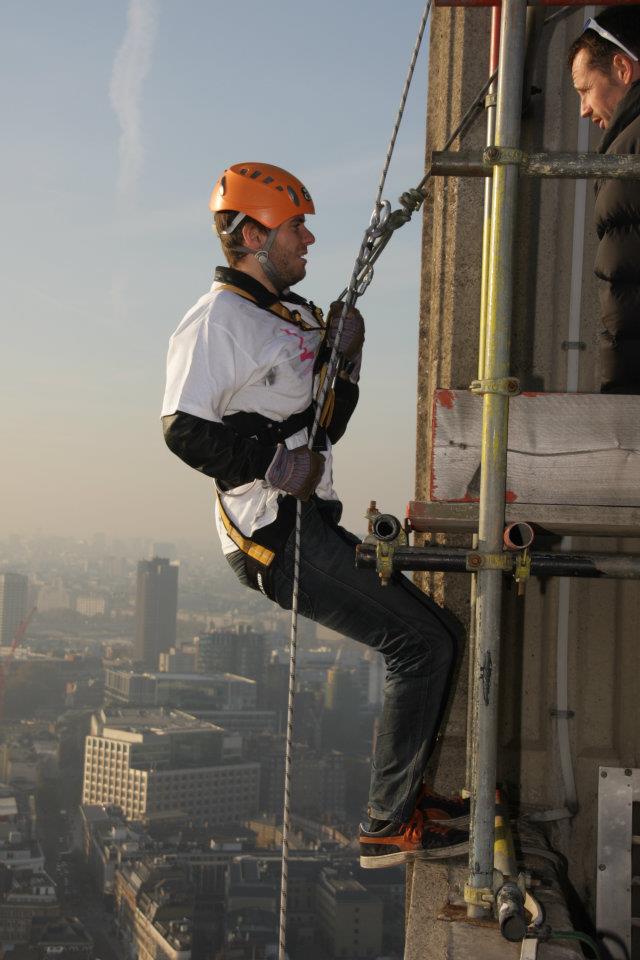 So the day had come, time to abseil down Guys Hospital. When I stepped out of the station, I was faced with the Shard, which initially was the one I thought we would be abseiling down. My stomach almost back flipped outside of my body, however fortunately I was soon pointed towards a much smaller building, a giant relief for me. As we went into the hospital, we got to watch the other people who signed up flying down the building at surprisingly fast pace. Once they reached the bottom, each one expressed how insanely scary it was and how much they hated it, which really didn’t help the nerves. We then took the journey up to the top where we were given a practice session off a ten foot wall. Everyone took their go and then went over to the side of the building for the real thing. I then went up for the practice session and slipped on the way down, to which the rope almost broke. The instructor then said the most scary and cruel words anyone could ever say, “well, that’s never happened before”. 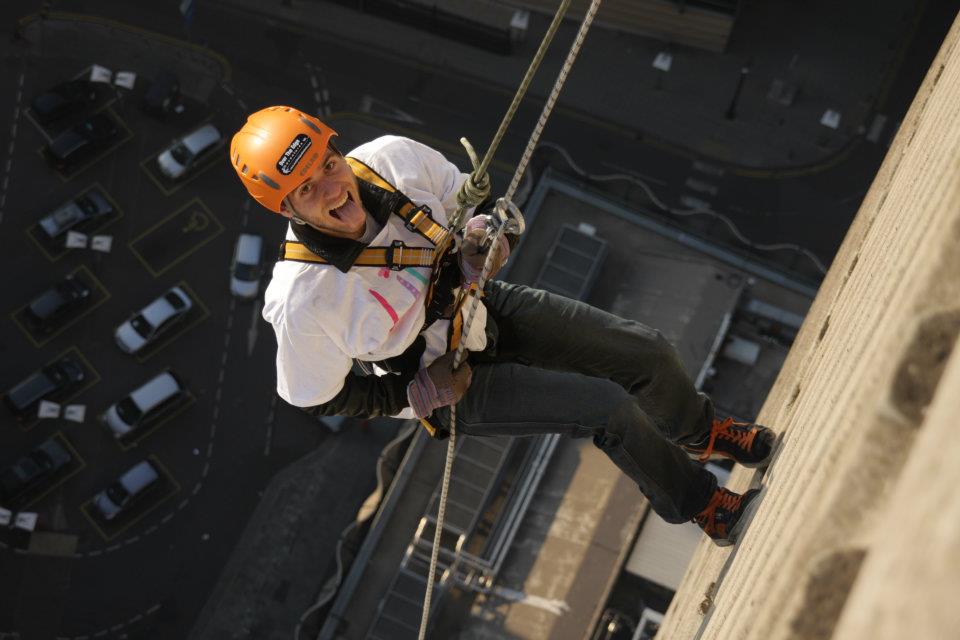 I then stepped outside, where the view of London was almost calming as it seemed so beautiful from such a high angle. I then stepped onto the side of the building as they strapped me in. I made sure not to look down once as I listened to the instructor. He then asked me to take a step down to the poll below, which was possibly the most scary bit, as it meant literally climbing off the side of the building and I already know I have a tendency to slip. 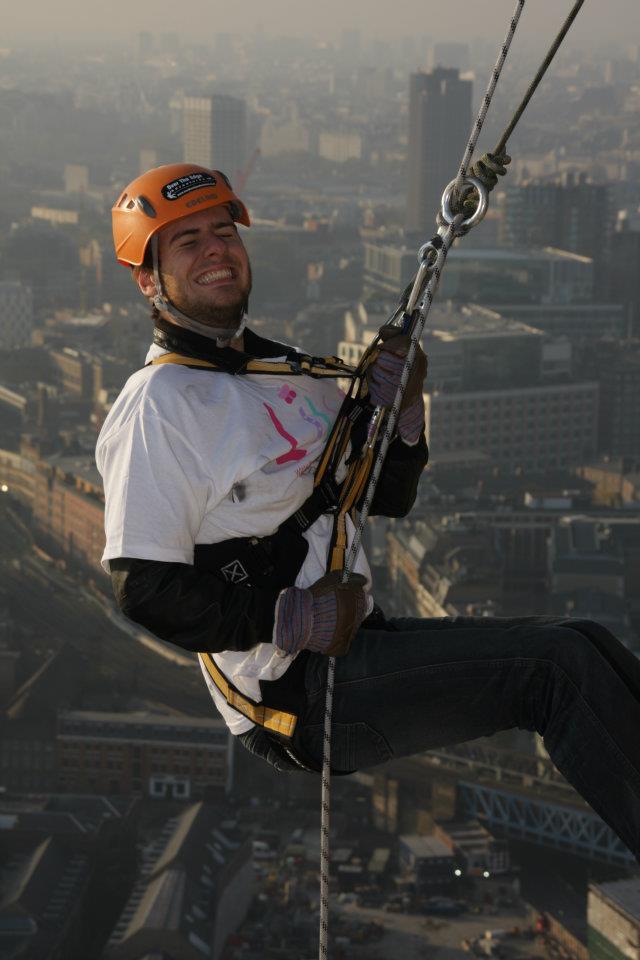 They then asked me to lean back so that I was much more horizontal than before, which helped with not looking down. My eyes stayed planted on the wall in front as I begun the 469 foot fall. I went at quite a strong pace, however I started feeling bad that I wasn’t making the most of the view. I then turned to my left to look down on the Wheel, which brought a whole new world of fear and my hands literally went off the rope and I flew down at a very fast pace.

I cannot tell you how happy I was to reach the bottom, however looking back on it, these are the pictures I am most proud of throughout my whole life, so it is always the most challenging moments that you will look back on. 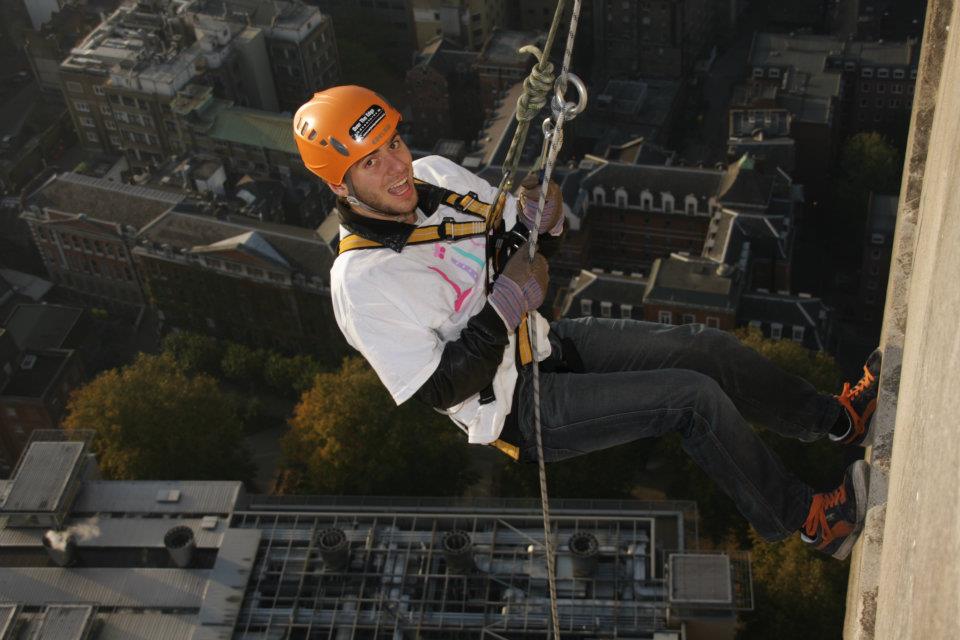