On Thursday the 29th November we got the chance to visit the Canna Kitchen restaurant on Dukes Street in Brighton, for the launch event 2 days before it opened to the public. Being the UK’s first cannabis-infused vegetarian and vegan restaurant, it certainly performed well in the media (hat’s off to some great PR work from Sophie). It was featured on Sky news, ITV, Metro, Mirror, Inews, AOL, Daily Star and this is all before it was officially launched!

But anyway, on to the review. The bottom floor offers an area for sitting at the back and the bar area near the front, where you can order your infused tea, which will certainly leave you in a relaxed state.

Up a floor you have the shop, which seems to stock absolutely everything with CBD infused, including vapes, skincare products and of course the oil itself is on sale. They also stocked shishas, t-shirts and jewellery.

To the back of the building, there was an outside area where you can drink, smoke and relax. This is also one of the ONLY rooftop bars you will find in Brighton, making it quite an interesting prospect for summer nights. 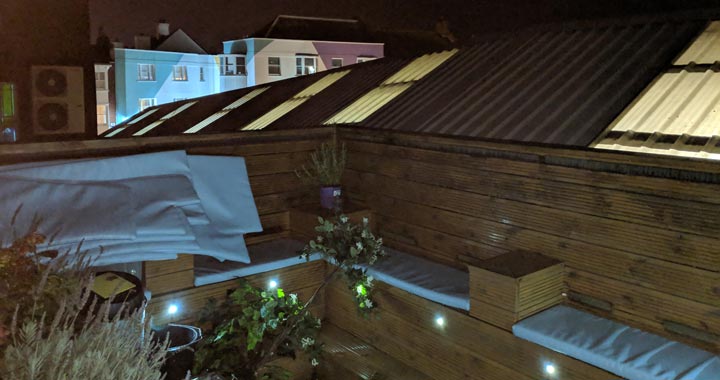 We tried a number of canapes, all absolutely scrumptious (always a surprise for a non-vegan couple). Some of the options on offer included: 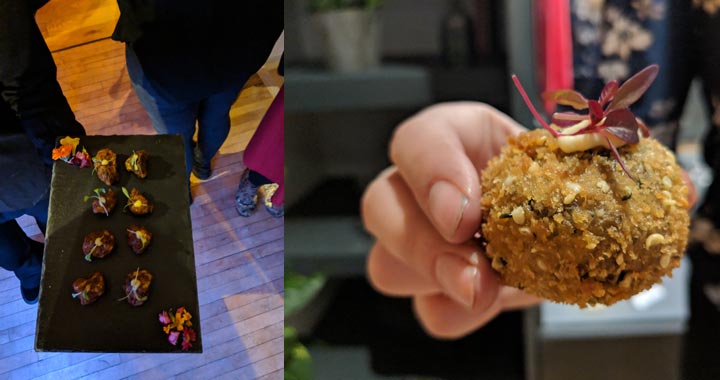 We also met the chef, which was quite nice to put a face behind the food. She had been previously running a café in South London, before starting on this venture, where she wants to use healthy and mood boosting ingredients in all of her culinary creations. 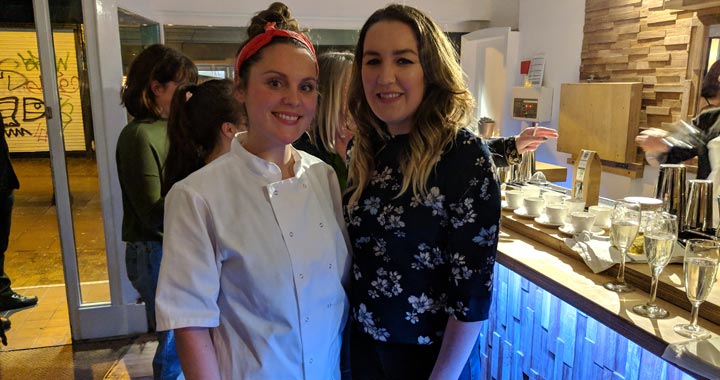 A number of people tucked into tea (we mainly stuck to the champagne) which they reported to be incredibly relaxing. I spoke to a number of people who take this more regularly and interestingly they all take it before bed. With conventional tea, you tend not to take it too late as it almost has the same caffeine content as coffee, however with the CBD infused tea it helped people to relax and drift off into a deep sleep. 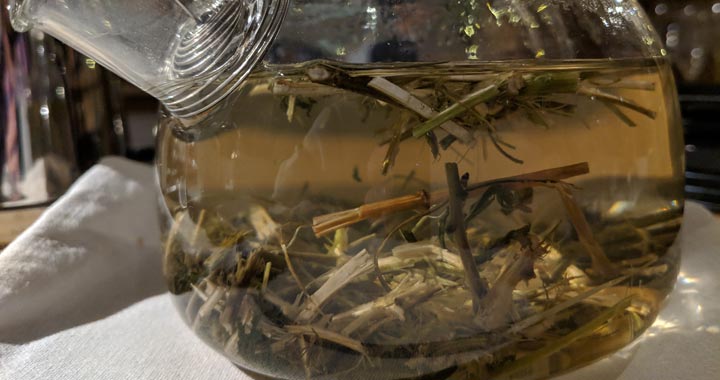 Is This All Legal

Yes, CBD oil has been legal for quite some time, however there are a few legislation’s still in place. For example, the levels of THC (the part that gets you high in marijuana) has to be below 0.05%. They also have to declare it a food supplement rather than a medical supplement, which is absolutely ridiculous and everyone has to be careful on their wording so they don’t hint towards the diseases it causes. 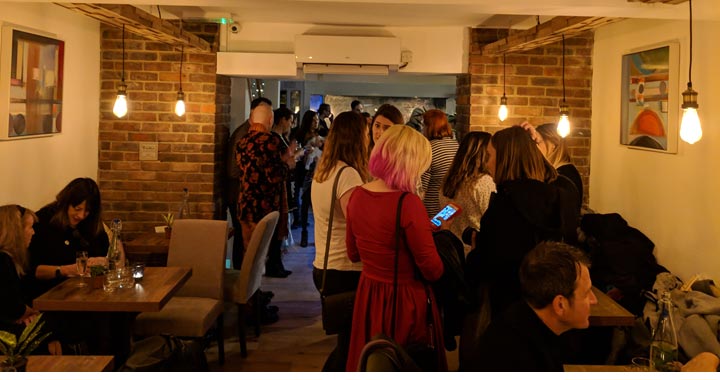 Will I Be Going Back

Certainly, I’ve been really curious to try out a number of CBD products and I’d love to try the tea out before bed to see how well it works. I might also try adding a little bit of CBD oil itself to my morning smoothie, but I need to research which is the right product and quantity, as you have to do a little bit of reading up to ensure you get the high enough MG and all that malarkey.